We all remember learning in our high school history classes that the 14th and 15th centuries were dreadful times for people in many ways. The 12th century laid the foundation for individual freedom with the Magna Carta, which challenged the power of the king, providing a foundation for the development of constitutional law and ensuring individual rights. The 13th century brought us an end to feudalism. But despite these positive advancements, life was still hard, cruel, and short. Because of widespread disease, famine, and a host of other social issues, most people living in the 14th and 15th centuries had a life expectancy of less than 22 years, about the same as a citizen of Rome 1,500 years earlier.

Two things changed mankind’s stagnant existence. The first, and probably the most significant, was the establishment of the scientific method. The second was the discovery and development of the New World. The ideas of many great thinkers—Copernicus, Galileo, Kepler, but in particular Isaac Newton and René Descartes—would set in motion how mankind would think about science, truth, and cause-and-effect for the next 400+ years.

Newton—an admirer of Descartes, a French mathematician—developed a way to understand complex phenomenon by using a method called “reductionism.” Newton told the world how to use this “scientific method” in his book Principia Mathematica. Because of their work, science began to flourish, the causes of diseases were discovered, new ways to build were found, new metals were put into use, and the world saw the quality of life improve steadily from that point forward.

Today, the fire service is experiencing its own scientific revolution. We are enjoying a new relationship with members of the scientific community. We are seeing a real interest in our profession. Meaningful scientific research is being conducted to discover the science behind much of what we do. We are particularly fortunate here in the United States to have the strong support of the National Institute of Standards and Technology (NIST). Coupled with support from the private sector, NIST has provided us with several landmark studies over the past 10 years that have given us new insight into how our profession can perform its critical work more effectively and safely.

Around the world, in laboratories in Sweden, Denmark, England, and Canada, scientific research is being conducted on fire behavior, fire protection, fire tactics, and improving our personal protective equipment. All of this information is readily available to anyone who is interested enough to search the World Wide Web, concerned enough to review the papers carefully, and dedicated enough to be willing to be open-minded to new possibilities.

It would be fantastic if the world were still as simple as it was in the 1600s when Newton and Descartes were working to advance mankind’s understanding of the world around them. It would be significantly less difficult if we could say that there was a direct cause-and-effect relationship between everything that happens on the fireground and in some action we took or didn’t take. Unfortunately, we know that the world today is a much more complex place. Although we may conduct a study on wind-driven fires, the information we derive from it can help us develop new tools and techniques, but we must be ever mindful that the study can serve only as a starting point for our decision making on the fireground.

We know that, today, because of our complex sociotechnical environment, there are thousands of factors that impact every fire. It is absolutely correct to say that in 2012 there are no routine fires. We also know that replicating the results of scientific tests is the method we use to validate the results of our tests. The problem today is modern complexity; that means that one small difference, particularly if that difference occurs early enough in the fire, can make actions we take have radically different outcomes than 1,000 perfectly duplicated studies. It’s important that we remember that the results of the test are true only for the test and that on the fireground we need to be thinking all the time, reacting constantly, and supporting one another in our efforts to make better decisions.

The challenge for a professional firefighter today is to be a passionate and dedicated student of firefighting. We need to support the efforts of NIST and all of our other partners in studying firefighting. We need to be diligent in developing new tactics; we need to be constantly challenging our long-held views; and, in many cases, we need to be diligent in teaching our long-held tactics and methodology to the next generation to keep them safe.

Recently, at a meeting of senior fellow fire students, one member made the comment that the fire service was 200 years of tradition unimpeded by progress. He had mentioned that this was his and the widespread belief of members of the International City/County Management Association. Although out of respect, no one challenged his statement, arguably everyone in that room who has been engaged in firefighting on a personal level was thinking the same thing: that absolutely nothing could be further from the truth. There is no greater lie than the allegation that the fire service is opposed to progress and innovation.

One has but to look at the short span of the past 25 years to see how much change and innovation the fire service has embraced and institutionalized. In the past 25 years, firefighters have embraced a level of personal protective equipment that is dramatically different from 30 years ago. Today, firefighting hoods and full-length bunker gear are the universal standard. SCBA usage and air management are not only accepted, but their use is enforced; thermal imaging cameras have revolutionized search; and the fire service should be credited for the advancements in the use of incident command internationally.

We are in a great scientific revolution. Without question, the fire service is again at the forefront of man’s progression to an even better standard of living. 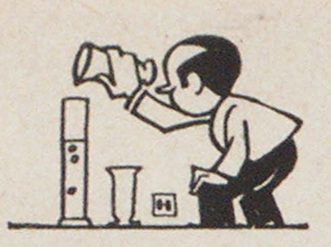 Science and the Fire Service

“There are no incurable diseases, only diseases for which no cure has been found.”

NOT SO long ago the idea that water could extinguish burning oil and other volatiles was believed a fantastic dream. Today, as you know, it’s a commonplace reality.