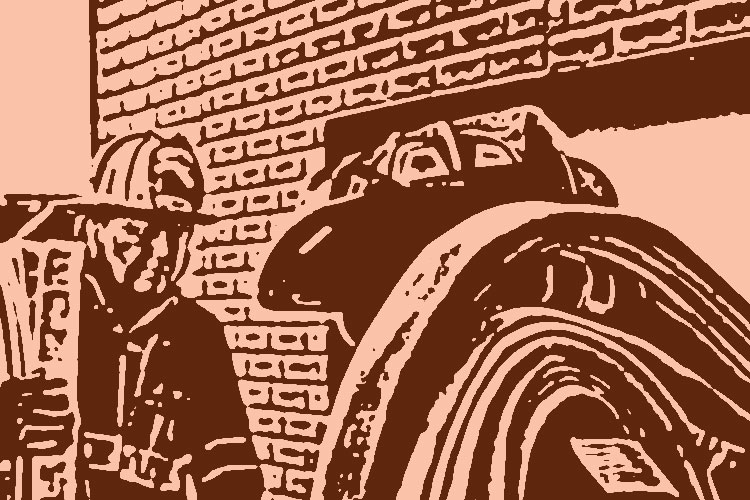 Engine 3 had been surveying an old school being converted into apartments just before lunch. Members were concluding their tour and thanking the construction supervisor when the communications office raised them on the radio. The lieutenant acknowledged the message and turned over his shoulder to the crew: “Let’s go guys, we may have work here!”

As the members of Engine 3 geared up and entered the crew cab, the lieutenant acknowledged their response on the mobile data terminal. He also viewed the incident details input by the communications office. He called out to the firefighters as the siren began to wail, “We should be second arriving here not third. Engine 2 just reported in service at the other end of their district.” This small piece of information would change the mindset of each member of Engine 3. The driver/operator (D/O) and officer would need to plan for a new assignment and a change in their response route as well as on-scene positioning. The remaining firefighter riding in the crew cab began to think about his role in establishing water supply rather than stretching the backup line.

RELATED TRAINING: Apparatus Preplan: An Operator’s Key to Success | Beyond the 360° Size-Up | Second Due is Second to None

As the crew began to think about the details of their new role, the lieutenant verbalized the plan. Knowing the small multi-dwelling reported to be on fire was located on a wide street, the lieutenant advised the D/O to approach from the same direction as the first-in engine. The plan was for the water supply engine to reverse lay a supply line from the first-in engine to the hydrant on the next block. This action would keep the street approach and area in front of the fire building free of apparatus and large diameter hose (LDH). The ladder company would be able to position more easily and get work venting and searching.

As Engine 3 drew closer to the incident, the first-arriving engine reported that they had a working fire in a three story occupied wood-frame multi-dwelling with fire showing out two first floor windows on side “A.” As the truck came to a stop just past the first-in engine, the lieutenant stepped out of the cab and verified the location of the hydrant with the driver/operator. “I can see it on the right, at the end of the block, lieutenant,” replied the D/O. The lieutenant slammed the door and helped the first- in D/O yank back some LDH off Engine 3’s hose bed. When ready, the engine slowly rolled down the street trailing a yellow tail of five-inch supply hose. The crew of Engine 3 would tie in at the hydrant and supply water to the attack pumper while their lieutenant completed a 360º size-up. Engine 3’s officer was well acquainted with the type of older multi-dwelling he surveyed. His company would be responsible for stretching the third line on the fire as soon as they completed their water supply assignment. Since Engine 2 was just turning onto the block, they would stretch the backup line. This would enable the third line to go to the floor above the fire.

In baseball, when a manager changes the batting order, there are some players who have great difficulty dealing with switching their place in the order. For some, production suffers for a time while they adjust to the dynamics of a new place in line. In the fire service, change is constant. They only predictable aspect of a fire is that it will either go out when we extinguish it or when it runs out of fuel. Rapid adjustment to changing conditions is an essential aspect of a firefighter’s job. In the preceding narrative, we had several factors in play that resulted in Engine 3 taking responsibility for water supply and a line to the floor above the fire. Although policies and capabilities vary widely across the country, the need for flexibility in assignment and the ability to adapt to a rapidly evolving plan of action are key to safe and efficient operations. The officer and firefighters in this scenario would ordinarily have been arriving third at the incident, but with another engine company just clearing a run some distance away, Engine 3 was bumped up to the second-arriving position. The members of this company needed to mentally switch their thought process, determine the nearest hydrant, develop a water supply plan, and prepare to stretch the third line on the fire. This process only happens efficiently if the crew knows what is expected of them. Clear standard operating procedures that delineate responsibility for first-alarm companies are essential. Additionally, the engine company firefighters need to monitor radio traffic and adjust accordingly.

Had Engine 2 been further delayed by traffic, mechanical problems, or another issue, the crew of Engine 3 would have been required to stretch the backup line (second line) to support the attack engine company. The ability to adapt on-the-fly to these dynamics is borne of the quality of a firefighter’s size-up skills, knowledge of department policy, and training in the basic functions of the company to which they are assigned. We must always keep in mind that policies must allow for adaptation to conditions; training must encompass real-world, worst-case scenarios; and members must continually size up and forecast the potential for a change in the dynamics of an incident.

David DeStefano is a battalion chief for the North Providence (RI) Fire Department (NPFD), where he has served for 28 years. He is also the NPFD’s chief of safety and training. He was previously the captain of Ladder Co. 1, where he also served as a lieutenant and firefighter. Additionally, he was assigned as a lieutenant in Engine 3. DeStefano is an instructor/coordinator with the Rhode Island Fire Academy and lectures on fire service topics throughout Southern New England. He was also an FDIC International 2017 presenter. DeStefano can be reached at dmd2334@cox.net.

Nothing Showing Through the Windshield

Time Well Spent in the District

What is a “Routine” Fire?