IN addition to a fire department of ninety-seven officers and men, Middleboro, Mass., has also a fire police force of fifteen men, making a total of 112 men under Chief Kingman, who had not much to do in the way of fire-extinguishment last year, since they had only nine fires in all, with several still alarms. But what was done was done well, as is shown by the fact that the total loss was within $8,200. At the annual meeting it was voted to purchase 500 feet of hose. The apparatus consists of hook and ladder truck, fully equipped; one No. 4 Babcock double-tank chemical engine; one hose wagon and four hose reels, with about 6,000 feet of hose. There are 119 hydrants set in the city. Middleboro is a good centre from which to dispatch apparatus and crews to fight woods fires. For this purpose the chemical engine was sent out several times beyond the fire district limits.

Chief Byers, of the Westfield, N. J., fire department reports that there were fifty alarms received during 1900, of which twenty-five were box alarms; nineteen, still; eleven, for forest fires; and three, from outside the water limit. The total loss for the year amounted to $20,324, of which $4,900 represents the damage outside the water limits, aud the actual loss within these limits only $15,413—the smallest in many years. The value of the property endangered was $164,475, on which was an insurance of $81,375. There are sixtyfour men in the department, and the apparatus was considerably improved during the past year. Among the recommendations made for still further improving the department are the following: Dividing the fire alarm system into circuits, for which $1,500 would be needed, and the installation of two additional fire alarm boxes.

Ishpheming, Mich., of whose report only a very briefest extract has already appeared in the column devoted to this subject, had twenty-two ularms during 1900, of which only six were turned in from boxes, the rest being whistle, telephone,or still alarms. The total fire loss was $8,819.46 ; insurance, $1,949.46—showing that the citizens have unlimited faith in the excellence of their fire department, but teaching them at the same time the lesson that even the best department cannot always guard against loss which can be met by the insurance offices. The actual cost of running the department during the year was $3,969.80, besides which there was the cost of purchasing a fire patrol wagon and that of building a house for it. Chief Pearce is justly proud of the showing of his department, and can be pardoned for doubting if there is another city of the same size in the country with an efficient department at such a small cost. Eight thousand one hundred and fifty feet of hose was laid; fourteen and three-quarter hours were spent at fires; and ten and three-quarter miles were traveled in answering alarms.

Last year’s fire loss in Glasgow, Scotland, was the heaviest on record. In his report on the work of the Glasgow fire brigade, Capt. Paterson states that the total calls for services were 1,263. Of these 164 were false alarms. The city fires were one less than the number of the preceding year. The aggregate loss by fires within the city for the year was estimated at $1,600,000. More than one-half of the entire loss was from three buildings, destroyed on June 3 and 8. The average loss for the fifteen years preceding last year was $579,000. The losses for 1900 raised the average for sixteen years to $640,000 or $31,500 more than the average for the ten years ending 1884. The past year did not show any improvement on fires due to poorbuilding construction, there having been 226 such cases, as compared with 215 in 1899.

In London, England, during 1900 there were 3,885 fires, of which 115 were serious and 3,270 slight. From the years 1890 to 1899 the average number of tires was 3,382, of which 170 were serious and 3,153 slight. The loss of life amounted to seventy-four—a great decrease on that of former years; of lives endangered there were 229 at 162 fires. In thirty-four instances where life was lost, the fires in consequence of which these deaths occurred were not sufficient to endanger the premises. The falsealarms were 931, 298 of which were maliciously given; but only six persons were brought to punishment therefor. Besides these, twenty-five people, who for malicious or other reasons broke the covering-glass of alarm-posts without giving the alarm, were arrested and dealt with. In three cases only the water arrangements were not satisfactory. 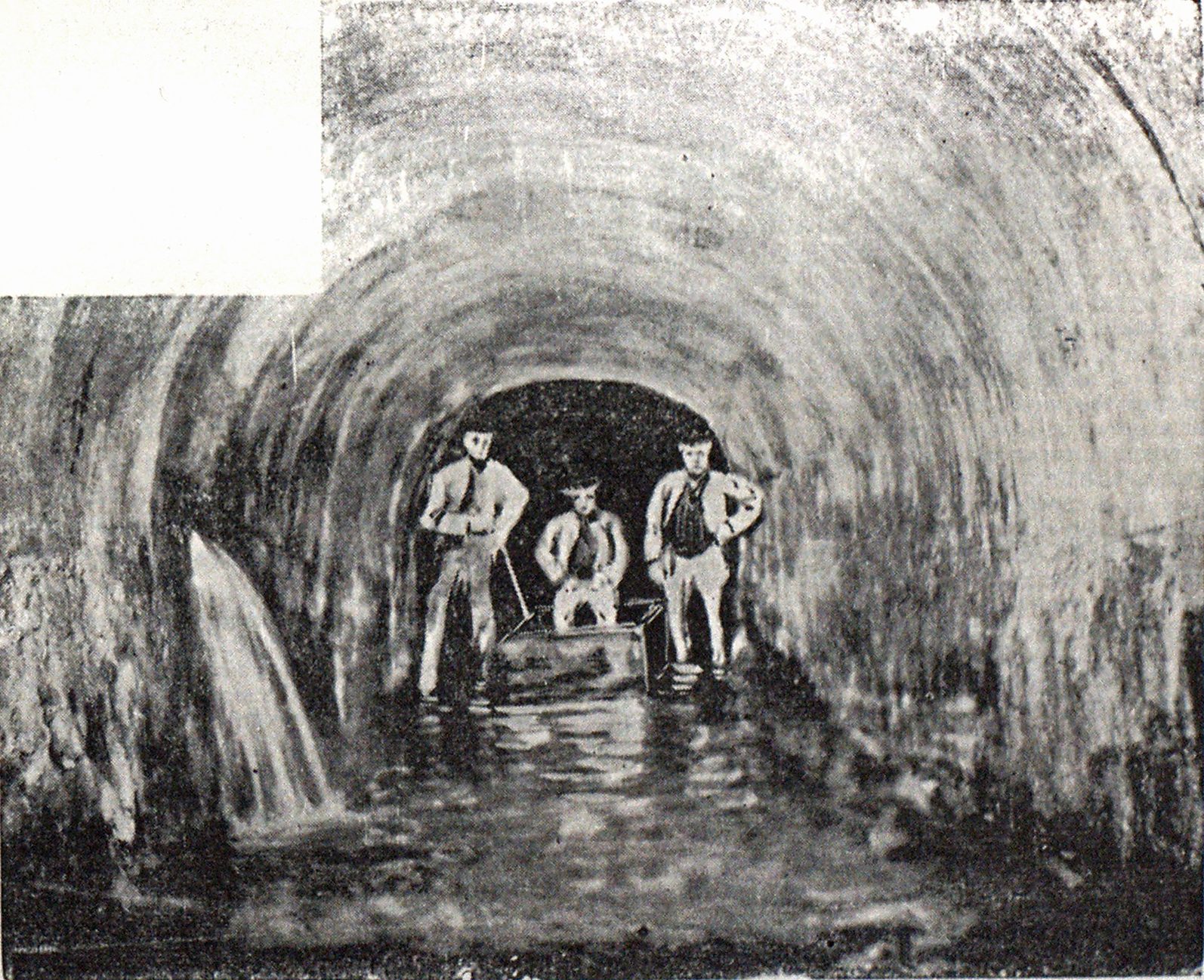 ACCORDING to the report of Chief Lauer, the fire department of Columbus, Ohio, had 550 alarms of fire during 1900, of which 286 came from street signal boxes. The loss on buildings for the year was $51,643.10; on contents, $108,820.88; insurance on buildings paid, $37,678.80; insurance on contents paid, $102,640.63; loss over insurance on buildings, $12,049.30; loss over insurance on contents, $6,149.25; total insurance carried on buildings, $669,679; total insurance on contents, $342,600. The report recommends the building and equipment of three new enginehouses, the purchase of 6,000 feet of hose, a hook and ladder truck, a sixty-foot extension ladder, three heaters for engines and two second-class fire engine boilers, the construction and installation of a number of non-interfering alarm boxes, a telephone switchboard, the purchase of thoroughly reliable registers for the receiving of alarms, and the addition of five truckmen to the force. The roll of honor contains the names of Assistant Chief Daniels, Capt. Dukeman, Lieutenants Kredel and Garrett, and Firemen Zetty and Barklow for heroic rescues at fires. The department made 1,625 building inspections weekly (84,500 in twelve months) during the year. Weekly inspections of the hydrants wereralso made by each of the thirteen engine companies, and of the fifty-one fire cisterns by the engineers and assistant engineers alternately once every week, whereby 2,652 inspections are made yearly. Chief Lauer speaks in the highest terms of the good discipline of the department and the bravery of the officers and men.

The fire department of Fall River, Mass., is made up of chief engineer, assistant engineer, three district engineers, superintendent of repair shop, driver of fuel wagon, and 124 firemen. Eighty-three are permanently employed; the others are call men. The apparatus consists of six steamers, three chemical engines, four hook and ladder trucks, and ten hose wagons, with two hose reels and one hose wagon, fully equipped and ready for service at any time. Of hose there are 23,006 feet (2,750 in poor condition.) Twenty hydrants were set during the year, making a total of 954. The bell and still alarms were. 190. The estimated value of the property at stake was $4,307,505, covered by an insurance of $3,560,308. The insurance paid on actual losses was $93,589.69. The expenditures of the department for the year were as follows: Salaries, $97,264.55 ; other expenditures, $21,928.79, making a total of $119,193.84. During the year four new fire alarm boxes have been added to the various lines, making a total of 159 boxes. The report recommends an appropriation of at least $3,000 for new hose.

Chief Hogg, of Binghamton, N. Y., reports that the department answered 133 alarms of fire in 1901—an increase of thirty-one over 1900, with an increase also in losses. These amounted to $179,937.71, the insurance being $173,879.63. The report recommends the enrolment of a new company, with its equipment, the purchase of five additional fire alarm boxes,l,000 feet of hose, some combination wagons, and the addition of one man at least every year to the hose companies. The manual force of the department consists of seventeen full paid men, four call men, and two who act as relief at headquarters. The total volunteer membership is 528. Chief Hogg thanks the officers and members of the department “for the very prompt and cheerful obedience of every order and discharge of duties.”

The fire losses at Topeka, Kan., were kept down last year, which shows that Chief Wilmarth has kept his department up to its well-known high standard of efficiency. During 1900 there were 192 fires—fifty more than in 1899. Of these 121 took place in wooden buildings; forty-four in brick or stone buildings; and thirty outside of buildings. Every fire was confined to the place of origin—in itself determining the efficiency of a fire department; and 181 never got past the floor in which they started. Loss in buildings and contents in which fires occurred, $917,395. The insurance on the buildings and contents was $531,795. The total loss by fire was $33,405.82. The insurance paid was $29,464.52. The total loss for the twelve months was three and two-thirds per cent, of the value of the property, and the insurance loss less than five and two-thirds per cent, of the insurance involved. While the number of fires, together with the value of property on fire, were much greater than the year previous, the aggregate loss was $34,474.98. less. The city is somewhat of a fiery nature, as out of the 13,122 buildings it contains, no less than 10,620 are of wood. The fire department consists of thirty men, including the chief and assistant chief—all permanently employed and divided into seven companies, with the following apparatus: Two large twohorse chemical engines; two hose wagons; four hose carriages; one steam fire engine; one three-horse hook and ladder truck; and one chiefs wagon. The department has seventeen horses, 8,000 feet of cotton, jacket hose in good condition, and Eastman Deluge sets, with nozzles. The Gamewell telegraph system is installed, with thirty-two miles of wire, divided into four circuits, one four-circuit electric repeater; and forty-six street boxes. The fire stations arc all modern, with up-to-date equipment. The headquarters of the department—one of the finest in the West—are in the newly completed $600,000 city hall. The importance of the city as the location of the large manufacturing and repair shops and general offices of the entire Atchison, Topeka & Santa Fe, and the Chicago, Rock Island & Pacific railroad companies demands the presence of a first class fire department in its midst. That is just what it has, and its citizens do not grudge the $27,000 or more dollars appropriated for the fire-protection of the nine square miles which form its fire area.