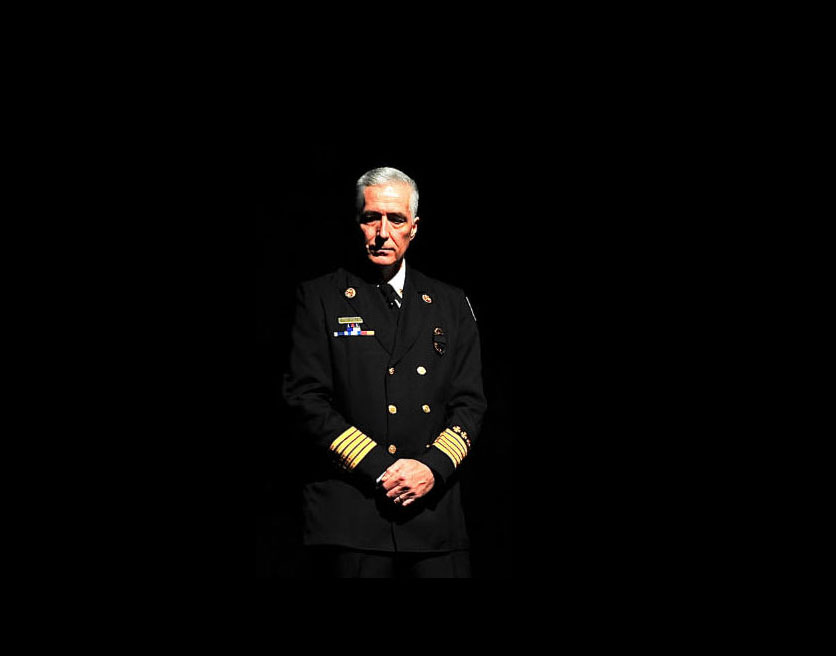 “Eleven score ago this month” (as President Lincoln might have begun), President Thomas Jefferson wrote, “I never considered a difference of opinion in politics, in religion, in philosophy, as cause for withdrawing from a friend,” to his friend William Hamilton. It was on April 22, 1800, that he penned those wise and insightful words.

It is interesting to think of his writing these words at that moment because in that time he was involved in one of the most brutal and vitriolic political campaigns of all time. He was running against President John Adams, whom he had served as vice president. Jefferson’s most ardent political supporter, Alexander Hamilton, had written of Adams “as having great and intrinsic defects in his character”; others said he had plotted to marry his son off to the king’s daughter to create a royalty in America. They mocked Adams as a hypocritical fool and a tyrant.

The other side was no more kind to Jefferson. One supporter of Adams wrote, “Murder, robbery, rape, adultery, and incest will be openly taught and practiced, the air will be rent with the cries of the distressed, the soil will be soaked with blood, and the nation black with crimes.” Jefferson was also attacked for being a deist and not being affiliated with any specific religious organization.

It was clear there was no love lost between the candidates; the supporters were equally as divided. The rhetoric was, in many cases, way more inflammatory than it is today, which leads us to ask, so what’s going on in our houses?

As we get into this year’s political conversations in the firehouse, we should probably remember that we, the fire service, are a mirror of the rest of our country. Someone once said we were “Republicans at home and Democrats at work”; maybe. However, irrespective of whether you are career or volunteer, our politics are all over the map. Firefighters are very independent and very sensitive; we all know the number-one leading injury in the fire service every year is hurt feelings.

Think about it for a moment, politics aside: We all have been at the table when one of us, in response to an unexpected reaction to one of our comments, has said to the rest of us drinking our coffee, “Well, I don’t care what others think ….” Yes, me, you, and almost every firefighter who has put on the blue has at one point or another said that flat-out lie, not to be confused with a bunch of other lies we all have told, but that one is a whopper. Now, in fairness to us all, we don’t exactly mean we don’t care what others think or what they think of us. We mean we really feel strongly about the position, thought, or idea we just espoused. To not care about how others feel about you would make you someone who needs professional care; it is natural and normal to be sensitive to others. Affirmation is a very basic need we strive to fulfill almost constantly in our daily lives; it is part of the drive for meaning and purpose.

We agree with President Jefferson: I might think your candidate choice stinks, but you are still my family. I might think you are nuts for liking Mr. X or Mrs. Y or whomever, but it is your right, and no other firefighter should ever allow that to get in between your friendship, love, respect, and admiration for one another.

Now don’t get me wrong. I want to hear whom you support, and I want to tell you whom I support; it shouldn’t be risky to have an opinion. Despite what they may say, no association, no organization, no group, no gaggle of so-called “leaders,” or any other collection of people I have found in my time on this job speaks for the fire service politically—none, nada, can’t be done. We are not monolithic. Some of us are going to think the other’s choice as “having great and intrinsic defects in his character.” Others of us will be sure that if the other choice wins, “Murder, robbery, rape, adultery, and incest will be openly taught and practiced, the air will be rent with the cries of the distressed, the soil will be soaked with blood, and the nation black with crimes.”

History is a cool thing to learn about. Old Tom sure hated old John; they were bitter political enemies. It would be almost impossible to imagine if you read what they said about one another that they could have ever reconciled their differences. It was almost inconceivable that they could ever forgive one another for the hateful and nasty things they said of each other. But they did. As a matter of fact, their differences helped shaped the world’s greatest nation toward a better future.

They not only worked well together after some time had passed, but they became as close as two people can become—best friends would be the modern phrase. They wrote to one another constantly, and although they disagreed from time to time, they always found a way to work together for the good of the country. In the oddest of circumstances, they died on the same day—July 4, 1826—50 years after they both signed the Declaration of Independence. Adams’ last words were: “Thomas Jefferson still survives.” He was wrong—Jefferson had already passed. You can imagine he was waiting at the gates for his friend so they could continue to agree to disagree as friends.