At the annual meeting of the s 111tockholders of the American Fire Engine Company held in Seneca Falls, N.Y., on Tuesday 16th inst., directors for the coming year were elected as follows: Chris Ahrens,of Cincinnati, George E. Holroyd, of Waterford, Du Bois Collier, of Hudson, Herman H. Wefel, jr., of Boston, G. Fred Ahrens, Horace Silsby, William S. Silsby and Charles T.Silsby of Seneca Falls. The directors subsequently elected Charles T.Silsby, as president and treasurer, Herman H.Wefel, jr., first vice-president, Horace Silsby, second vicepresident. and William S.Silsby, secretary. The stockholders at a special meeting called for that purpose, voted to reduce the capital stock of the company to $500,000. The metting was entirely harmonious and the business of the company deemed of a satisfactory character. 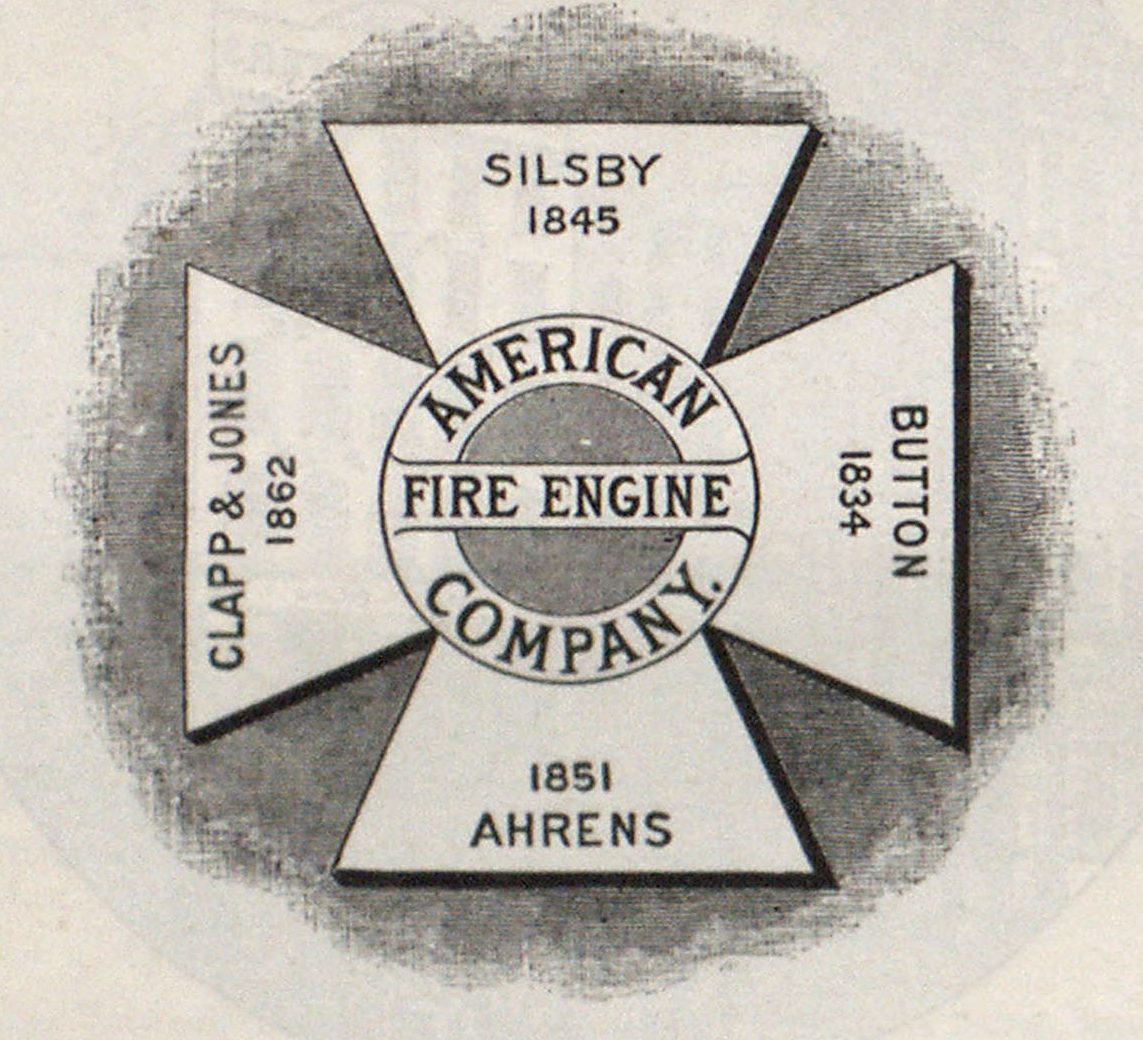 The American Fire Engine Company was incorporated in December 1891. with a capital of $600 000. and its operations during the nine months of its existence warrants the prediction for it of a prosperous future, and that its object will be fully realized.

That object was the manufacture of steam fire engines and other apparatus in a manner economical to the producer and thus necessarily to the consumer. The intention of the company also is to manufacture and place on the market various pieces ot apparatus of special design, and as it possesses the combined experience and mechanical skill of the four leading builders of steam fire engines, doubtless these machines will be valuable additions to the rolling stock of the fire service.

This concentration of manufacture and output, the use of any various parts or form of construction in any one machine (formerly impossible, as then each company controlled its own special points), have not only lessened the cost of production, but has enabled the American Fire Engine Company to meet the views of its customers where they have expressed a preference for any style of combination of boiler and other parts in the machine ordered. This acquisition by the company of all the good points of these well known steam fire engines is a great benefit, as the same can be utilized to the best advantage in the manufacture of their machines.

The officers and directors of the American Fire Engine Company were all formerly members of the four firms mentioned. and from their great experience the requirements of fire departments are very familiar to them. It is not unreasonable to suppose that with such a staff managing the new company the public will soon (if they have not already done so) reap the great advantages that must necessarily result from such a union of executive ability and mechanical skill.

Since its ‘rganization the company has built and delivered from one to six steamers to each of the following cities : New York, Chicago. B fston, Philadelphia, Indianapolis. Milwaukee, Cincinnati, St. Louis, Washington. D. C.; Nashville, Knoxville, Chattanooga, Evansville, Lowell. Mass.; San Antonio, Tex.; Norfolk, Va.; Wilmington, Del.; Scranton, Pa.; Newport, R. I.; Wheeling, W. Va.; Reading, Pa., as well as to a great number of other cities and towns. So large an amount of patronage has warranted the already great outlay by the company for increased facilities for building and new and improved machinery for the purpose, and at the present time it possesses a plant peculiarly adapted to its business and such as enables them to fill their orders with promptness.