Chief Edward Michalak reported that the three-alarm fire was brought under control in about an hour. Flames and thick smoke rose high in the air as the alarms were struck in rapid succession. Hundreds of drums were involved in a chain reaction of explosions which continued for more than an hour and ignited the pigment warehouse. Damage was confined to the drums and the warehouse, which was destroyed. 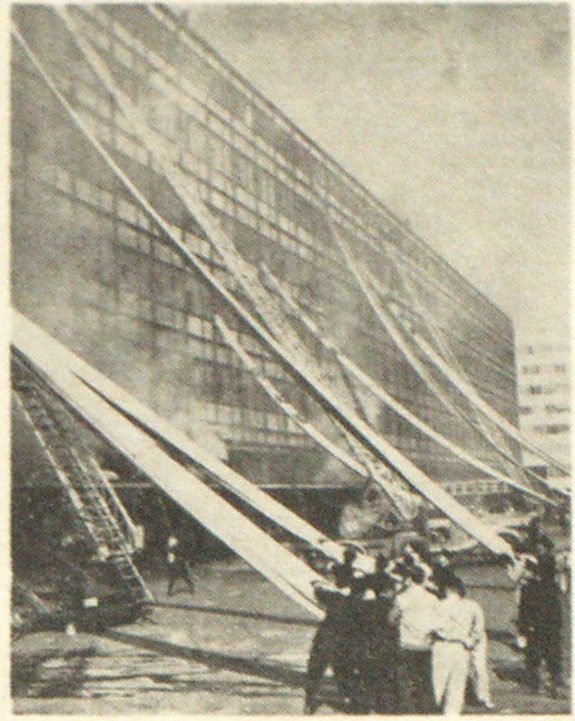 Smoke rolls up along the walls of Tokyo’s large Daimaru department store, but there is no fire, actually. It’s all part of a drill staged to mark the opening of Japan’s Fire Prevention Week. Interspersed between the extension ladders are a number of canvas fire escape chutes for people to slide down to safety.