When chemicals in the San Carlos. Calif., burning warehouse of Western Associates, Inc., let go during a hot fire, San Carlos fire fighters fled for their lives, as shown on the cover illustration. Fortunately, all made cover in time.

The warehouse, which was destroyed with heavy loss, housed critical materials essential to the war effort, it was said. Initial reports listed the cause of the blaze and blast as possible sabotage, but later statements denied this. Company officials said the company had been working on a $150,000 government contract, but “was not working specifically on military assignments.” 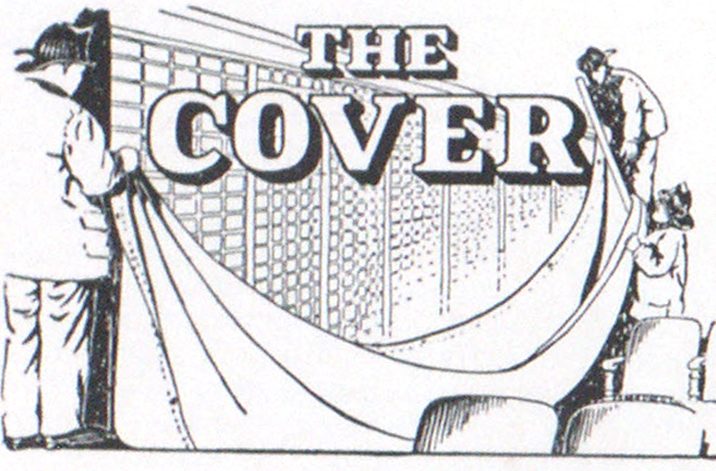 THE Nyack Fire Patrol observed its twenty-fifth anniversary with a banquet held at the Hotel St. George, Nyack, N. Y. on January 25. Ex-Chief Howard Sleight served as toastmaster at the turkey dinner.

Well, it’s all over but the shouting, and we’re all looking forward to the fiftieth anniversary celebration. Believe it or not!

I am very sorry that owing to pressure of other business which pays me better than writing this column, I overlooked a couple of items of recent correspondence. It’s a darned shame, too, because I’ve been kicking so hard when you fellows don’t write in and now that some of you have done so I have gone and neglected you.

So I’ll try to make amends herewith, and IF the Editor has space for these items you’ll find them here, otherwise I promise on my honor as a fireman to have them in next month.

Now for the mail: Got a nice long letter from old faithful Chief Allan H. Clarke, of Lakeland, Ont.; just personal stuff, nothing printable at this stage: also a nice card from “Salvage Dan Shire” who has writer’s cramp when it comes to telling me about his First Aid Council proposition. And I hope Fireman Charles Blickstead of No. 5 Fire Station, Montreal, P. Q., secured all the necessary information he sought through this station.

Very glad to get the following from Superintendent H. R. McDonald of Louisville, Kv„ Salvage Corps. “Fire in a church in a Negro section of our city. Attic well involved on arrival. Second alarm sounded, seven streams in action, F. D. did an excellent job of confining it to the attic. We spread forty-eight covers and although it seems incredible, no damage claimed on contents. There was $8,000 insurance on same. Building loss $2,408.20.” Well. Chief, that was a darned good job and a real fire, too, and let us have some more of the same, especially those jobs I know you do among the poorer neighborhoods where there is little or no insurance.

A good salvage rooter from this area won’t be doing any rooting for a couple of months or so. Deputy Chief Ed. Siller of Yonkers, en route to a fire, got in the way of an ornery citizen’s car, and the latter must have been bigger and better than the Chief’s, because Siller he came out with a broken leg and the other guy had only minor bruises.

Beginning with next month I shall run a series of articles in this column recounting the authentic history of the beginning of salvage work in the U.S.A., based on actual records taken from the files of the New York Fire Patrol, and not merely my own version or anybody’s hearsay.

With all due respect to a worthy contemporary journal, I do think its editors should check on any story purporting to relate to historical data, especially when the author has not been well known in salvage circles.