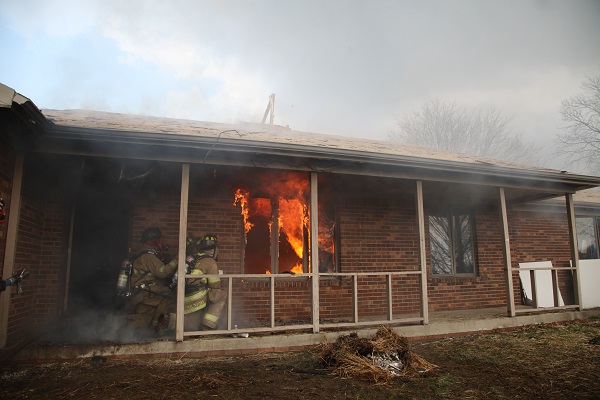 One of the most politically-charged fire service issues is staffing because staffing is a budget-driven issue. Salaries and benefits make up about 90 percent of most departments budgets. Because of direct cost involved in this issue, proponents and opponents have specific motives for their positions. The fire service has gone to great lengths to bring a quantifiable formula to staffing. Although some groups representing government administrations have fought against any type of standard, when you look at the motivating factors of the proponents and opponents, it is evident which group is acting with moral authority.

The roots of the staffing question from our recent history are found in the Dallas study and the International Association of City and County Managers Handbook, the latter which show effectiveness in percentage levels. These studies represent the task level of operations by measuring different levels of staffing against the most common fireground tasks such as deploying an attack line, searching, and ventilating.

The most updated formula information is found in National Fire Protection Association (NFPA) 1710, Standard for the Organization and Deployment of Fire Suppression Operations, Emergency Medical Operations, and Special Operations to the Public by Career Fire Departments, which was developed by a committee including the fire service powerhouse groups. This NFPA standard looks at fireground operations and includes command as well as compliance with the Occupational Safety and Health Administration two-in/two-out regulations. It looks at the fireground from the perspective of a “typical” 2,000-square-foot residential house fire and provides a sliding time line to meet certain staffing benchmarks.

For the purpose of this article, I want to identify something that is not captured in either the previous or current standard on staffing—decision making. Most all fire service professionals know that staffing is critical to the success of any emergency incident. We all agree that we can measure staffing effectiveness by conducting controlled experiments with different staffing levels and charting their results. Basically, with “time” being the critical element in rescue, we can quantify that three firefighters and an officer will accomplish most tasks faster than two firefighters and an officer or one firefighter and an officer.

The latest trend or cause that many fire service groups have taken up in the past decade is firefighter safety. National campaigns have been launched, conferences have been named, and classes have been developed, but little has changed in the number of deaths and injuries over this past decade. The success of these programs has been in area of firefighter rescue through rapid intervention and self-survival skills and a resurgence of back to the basics. Is anyone or any group looking at how the lack of staffing compromises decision making, which in return results in greater risk?

Situational awareness has become a buzzword in some fire service training communities, following the same trend that occurred some 20 years ago in the military. Situational awareness is interpreted in many different ways and is largely based on individuals’ prior experience. Although this is not the sole variable in decision making, it does play a major part in the process. Another major component is the person’s ability to use his situation awareness to exhibit adaptability when faced with an unexpected circumstance. Following is a scenario in how staffing levels affect firefighter safety on an incident:

A second engine arrives with same staffing level of three. Since a water supply is established, all three members are available. The officer and two firefighters pull a backup line and assume the initial rapid intervention team (RIT) (two-in/two-out) duties. The officer sends one of the firefighters to go and shut off the gas and power to the house (now they are separated).

The officer and firefighter from the first engine make their way in and have to negotiate around furniture and make a couple of turns. The firefighter is on the nozzle, and the officer is behind him. The officer drops back several yards to hump hose around the corner for the nozzleman (now they are separated). The firefighter assigned to turn off the gas notices heavy black smoke boiling out of the back window; he has one-year on the department and he thinks to himself, “Wow, look at that smoke.” He continues to locate the gas meter and turn the gas off. The officer and firefighter on the RIT line are on the front porch feeding hose for the attack team. HOLD THAT THOUGHT.

Because the engine company staffing levels are at three, the jurisdiction has just created a situation in which those individuals who have the experience and should be expected to have the best situational awareness are now reduced to task-level functions (humping hose). Their situational awareness is still there, but they are not in the right situation to be effective. The information they are getting from their environment is not the environment of highest risk. Therefore, the nozzleman and the firefighter sent to shut off the gas have knowledge that the experienced officer needs, but they don’t know that they have critical information or what to do with it.

The nozzleman can’t find the seat of the fire and has stopped in the hallway. The temperature is rising, but he resists withdrawing in fear of letting his officer down and being seen as weak. He hangs in there, stopped in the hallway. His officer notices the hose has stopped moving forward and listens for water flow; he doesn’t hear any. The temperature in the room the officer is in rises slightly. The officer begins making his way up the hoseline to investigate. Suddenly, visibility drops as he makes a corner, and heat increases. Before he can make contact with the nozzleman, a flameover occurs, trapping the nozzleman in the hallway. The officer scrambles to a safe area and activates the RIT.

The department holds a critique and determines that everything went exactly according their standard operating guidelines. They determine that their RIT training has paid off and that the crews did a remarkable job. They realize more than ever the importance of RIT training and make a plan to run the entire department through it again as a refresher. They are excited that the members were able to make this rescue so fast that the injured firefighter’s personal alert safety system device did not have time to activate.

During the next budget cycle, the chief uses the incident as an example of the need for more money in the training budget. He also proposes increasing staffing to four members on each apparatus. His justification is that fireground operations are dangerous, and time is against the victim. “We can increase our effectiveness on the fireground by 50 percent just by adding one more person.” he says. He provides a copy of NFPA 1710 and argues its merits right by the NFPA 1710 implementation guide. Once again, his budget for training is increased, but there is no money for staffing.

The chief never mentions the designed breakdown in the decision making that led to one of his firefighters being severely burned. His department has been forced to adapt its tactics since losing the fourth person on his apparatus. The adaptation has started a dangerous cycle that has the potential to affect his firefighters’ safety for years to come. The department has started a normalization of deviance or a drift into a failure learning culture. These cultures contribute most earnestly to firefighter injury and death rates.

Some individuals who are accustom to operating with low staffing levels are quick to point out to me that the department could remedy the situation by using the officer as the nozzleman and requiring that the officer of the second unit be the one to do the 360° walkaround and shut off the gas. My response is that, perhaps, the officer is now totally focused on the task. Crews are separated, and each environment is providing different cues to help in the decision-making process.

I carefully chose the wording “dangerous cycle” for a second reason. If the officer is on the nozzle all of the time, how will the firefighter ever gain the experiences needed to develop his situational awareness and adaptability; he won’t. In five years, the firefighter will test and be promoted to officer and essentially be promoted to nozzleman with no experience as an officer or a nozzleman.

By comparison, a common military tactic is to destroy the enemy’s command and control to create confusion and create an advantage for you. By reducing or operating without enough staffing, you essentially do the same thing. Once you create the situation in which the race against time requires your frontline company officer to accomplish firefighter level task, you have reduced your experienced decision-making ability, creating a safety hazard. As a result, opportunities to adapt to changing situations that could result in avoiding firefighter injuries and deaths are missed.

We must continue to explore and quantify our staffing levels to arm our chiefs with information to ensure our firefighters safety. The lack of good, critical decision making and adaptability directly results in firefighter injuries and fatalities. In these very dynamic task/tactical relationships, this is a “people” issue that technology will not solve. Staffing is the most essential fireground resource, and we must all realize that a 1968 500-gpm engine with a staffing level of four or five is more effective and safe on an interior fire attack than a 2008 1,500-gpm engine with a staffing level of two or three.

Keeping the officer in a role that allows him to function as a leader and not be focused on tasks will result in better situational awareness, communications, and critical decision making. Success in these areas will create a safer operation.

David Rhodes is a battalion chief with the Atlanta (GA) Fire Department, an executive advisory board member for FDIC, and chief elder for the Georgia Smoke Diver Program.