The exhibits were displayed in the main hall of the auditorium and Chief John McNarrey of Kansas City, Kan., the indefatigable chairman of the exhibit committee, deserves great credit for the excellent manner in which the arrangements were made for this feature of the convention. The hall was roomy and well situated and especially accessible to Taft Hall of the auditorium, where the business sessions of the association were held. Both being on the same floor and adjoining assured a large number of interesting chiefs circulating among the exhibits at all times. These were arranged so as to bring out the features of each to the best advantage and some very interesting and instructive displays were shown, the subjects covering pretty much everything that would be of interest to the fire chief. The list of exhibits follows: 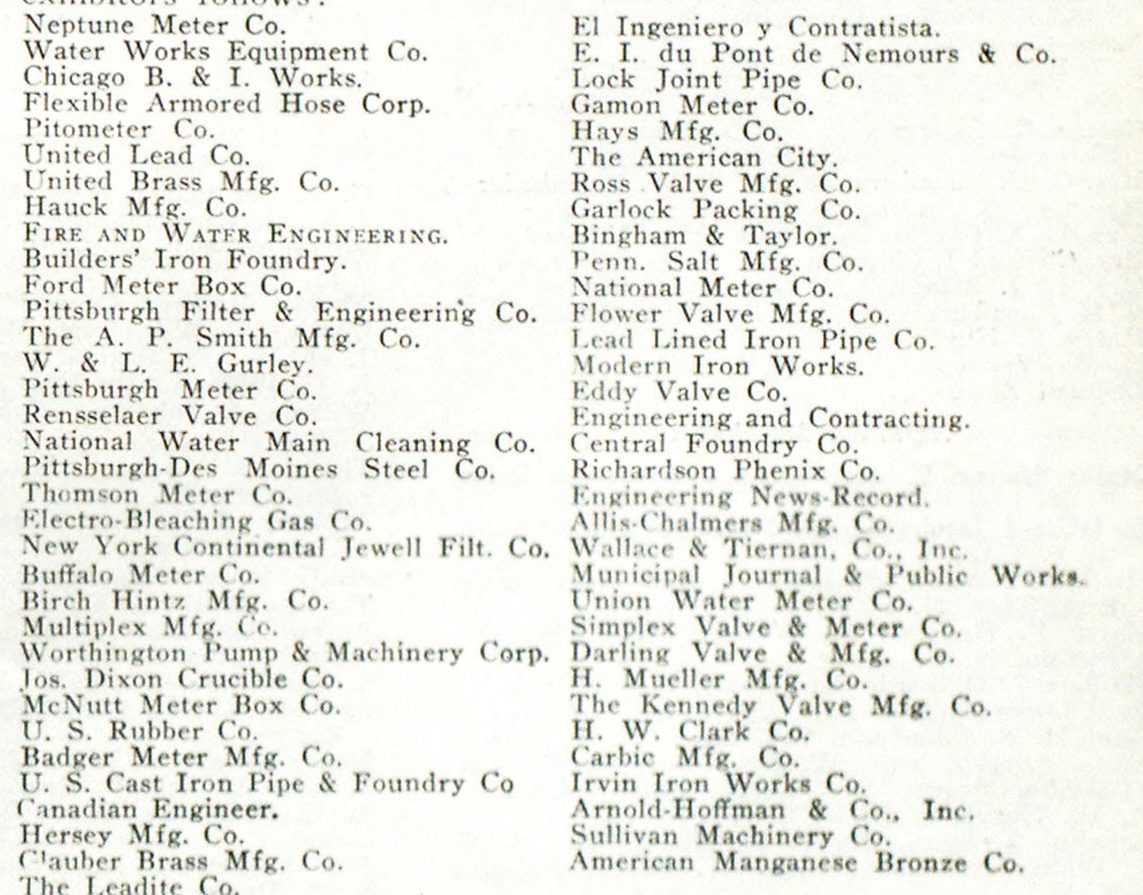 The exhibits by manufacturers of water works supplies and appliances, which were shown in the ball room on the second floor of the Iroquois Hotel, attracted much attention, and the rooms were usually crowded with interested water works men and others. The manufacturers displayed the latest designs in their various lines, and this feature was unusually full and interesting. A place of honor was given to the association’s service flag, containing 117 stars. This emblem, the gift of Miss Charlotte Edgley, whose work it also was, hung conspicuously between the two rooms. The list of theexhibitors follows: