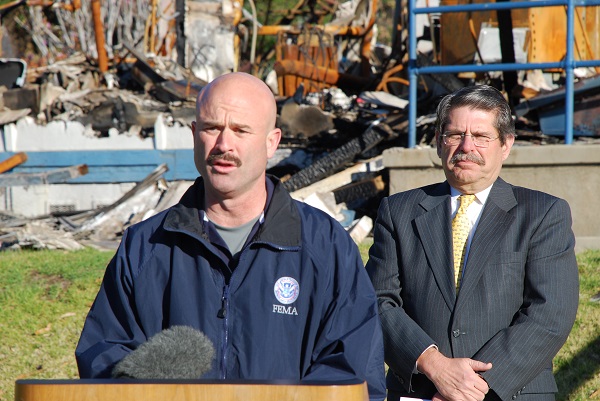 Elected officials, key stakeholders, and/or the media often ask really tough questions that put fire officials on the defensive for proposals or operational practices. They expect us to have logical and compelling explanations to all of their questions and at a moment’s notice. Therefore, it is helpful to consider answers to their questions in advance.

The really tough question for this part of the series is:

“Why do our fire trucks have to be so big and cost so much?”

This seemingly straightforward question is loaded with potential challenges and opportunities for your fire department to unintentionally expand the discussion into an unintended controversy. In addition, this is a question whose answer must be specifically related to the situation that precipitated the above question being asked.

Another common reason why this question comes up is when developers for new subdivisions are proposing relatively narrow streets or designs with a single access point. Communities located in areas of rolling hills or other terrain challenges face this question frequently. The infrastructure of a subdivision is an up-front cost for the developer, and the more area covered by common streets and right-of-ways results in less land that can be sold as building lots. Allowing a developer to build 26-foot wide streets (flow-line to flow-line or curb-to-curb) instead of 36 feet could result in nearly 28-percent more land available for sale. In residential subdivisions, property owners naturally want to park their cars in front of their home. Today, many families have at least two cars, and those with teenagers often have more.

This is really a math question. Simply park a car on each side of the street so that the curbside wheel is at the flow line. Then, measure the distance from the outside mirror of one car to the outside mirror of the car located across the street. Then measure the maximum width (outside edge to outside edge of the mirror) of your fire equipment, a trash truck, and a school bus. Often, the trash truck will be the widest vehicle. Now, park one of those vehicles in the street and measure the distance left for anther vehicle to drive past it. (For example: 6.5 + 6.5+ 10.5 = 23.5 feet for a 26-foot street and 12.5 feet for a 36-foot street.) If they don’t believe the math, set up a live demonstration and invite elected officials, schools officials, trash company leadership, developers, and community street engineers to attend.

Another common situation happens when a community is considering various “traffic calming” measures. These are physical or visual obstacles designed to slow down traffic. They are quite common, and some are more effective than others. Rely on the math, and use the school buses and trash trucks as well as your fire apparatus. Remember, to get all of the needed dimensions including the following:

The good news is that your local situation, coupled with an upcoming meeting or interview appointment, will, in most cases, give you the opportunity to prepare your answers in advance to the likely questions that will come up based on your current situation. Although most of us are striving for smaller, lighter, and more fuel-efficient vehicles, the fire service has not been on the same bandwagon when it comes to our major fire apparatus, i.e., pumpers; ladder trucks; heavy rescue; and crash, fire, and rescue vehicles.

Even though it’s obvious to the fire service, those asking these questions may not give the bigger picture the same level of thought as they have of their emergency response practices. Some may ask this question just to put you on the spot, and others may ask this question to give you the opportunity to again justify how your department accomplishes its mission. Your answer must resonate with those asking the questions.

With such a high percentage of our emergency responses associated with emergency medical incidents rather than large structure fires, what prevents us from having a fleet of specific use vehicles that are much smaller and more efficient?

One of the things that many people in our communities don’t often think about is that we have no idea when the next emergency will occur and what the nature of that emergency will be. We have to be ready instantly for every type of emergency. We also don’t get to choose if we have multiple incidents at the same time or run from one incident to the next incident with no time to recover or to restock or change equipment. As a general duty fire department, the next incident could involve virtually anything, and we may have to respond to the next incident with only the equipment we carry with us on our apparatus.

Now, the larger the fire department, the more opportunity there may be for specialization, but the vast majority of fire departments in the U.S. are relatively small and do not have a large redundancy of services to eliminate the need to respond to “back-to-back” emergencies on occasion. The result of this is that, to be properly prepared, you must carry the best compliment of equipment or tools on your apparatus for the types of incidents you are most likely to be deployed to resolve. To do that, the vehicle must be designed to carry the systems, appliances, and tools necessary to do the best possible job for your community.

Hopefully, this brief discussion will start a process of gathering the needed information in anticipation of this really tough question.

Driver-Engineers Debate: This One Or That One?