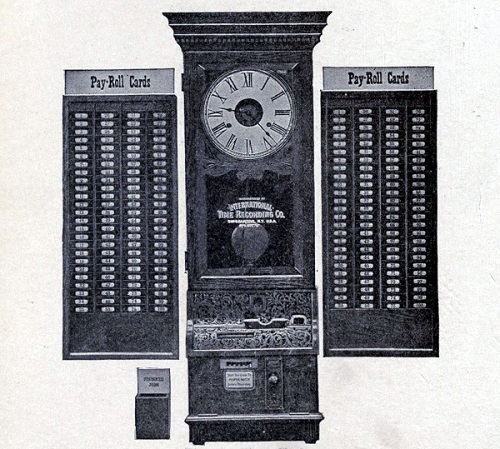 Elected officials, key stakeholders, and/or the media often ask really tough questions that put fire officials on the defensive for proposals or operational practices. They expect us to have a logical and compelling explanation for all of their questions and at a moment’s notice. Therefore, it is helpful to consider answers to their questions in advance.

The really tough question for this article in this series (and part 3 of a subseries) is:

Is your department properly budgeting the salary of our shift personnel?

This question, if ever asked, will be preloaded with a variety of issues that may be rumbling within your department. This often will involve questions about the organization’s compliance with the Fair Labor Standards Act (FLSA). This “barn door” issue, once raised, will require a wide variety of information and analysis. The FLSA is complex and often found to be difficult to apply properly for 24-hour shift firefighters when the organization is claiming a “7k exemption,” as allowed by the act. Nearly all fire departments claim this exemption, and there must be some kind of documentation on file to prove it.

This article IS NOT legal advice; it is intended to be a primer or a place to start your analysis into the issue and intended to give you some help to see if you find any “red flags” warranting a more formal review by a FLSA legal expert. The act has been in place for more than 75 years, with several subsequent revisions and clarifications. It is easy to assume that all of the issues and tedious calculations were done properly long ago. I hope that this is the case in your department. However, I know that it is not the case in some departments.

This calculation has caused difficulties for many organizations and is often the source of errors when applying the FLSA to 24-hour shift firefighters.

A 24-hour shift firefighter is scheduled to work 2,920 hours in a 365-day year. However, all hours actually worked in excess of 159 hours during any 21-day work cycle (using the same example as before) must be paid at the overtime rate. Let’s say that the employee has an approve salary of $50,000 per year. The key question becomes what is the proper regular hourly rate?

The example I am again using is a department that has a 21-day work cycle and a shift schedule of 24-hours on duty and 48 hours off. (You will have to apply the principles here to your department’s schedule and pay policies.)

Some organizations balance the monthly paychecks over the year so that each month’s paycheck has the same gross amount. If that is the case, check your labor agreement to see that it has a clause that stipulates that this will occur. If not, it would be a good idea to get one into your next contract. In many cases, FLSA doesn’t recognize such balancing unless it is included in your policies or labor agreements. Hence, you may need some legal advice to resolve some FLSA issues that are raised.

Departments with no labor agreement should have their elected officials make such a determination formally or it should be stipulated in the organization’s pay plan. Then, if this comes up as an issue in the future, such a determination will have been made in advance of the issue being raised.

RELATED: Cohn on Fire-Based EMS and the FLSA “Firefighter Exemption” ‖ Poole on the 48/96 Work Schedule ‖ Swinhart on the 24-Hour Shift

During 122 shifts, each firefighter is scheduled to work a total of 2,928 hours. And each firefighter is scheduled to work 168 hours per 21-day cycle. In most cases during your pay schedule (bi-weekly, bi-monthly, or monthly), the pay cycle won’t coincide with the 21-day work cycle. This is another area where pay policies must deal with the specifics of how your shift firefighters will be paid as well as when overtime pay for actual work and the scheduled shifts are delivered to your firefighters. This makes it important to separate overtime pay into a line item that is FLSA-based overtime and another line item that is “extra work” overtime (the actual hours worked in addition to the normal work schedule).

Because this changes every year, many organizations average the three shifts into 121.66 schedule shifts per year. You may need to get this into your labor contract to balance the pay; with that provision, this pay scheme would not be successfully challenged. Your organization is likely okay to use this since it can be argued that different shifts work one less shift over the course of several years so it is basically fair to all.

Another way to calculate this is as follows:

These equivalent hours are then used to calculate the regular hourly rate as follows:

However, it could become an issue between the three shifts if one of the shifts actually get a higher overtime rate since they are also paid $50,000 for the year but only had to work 121 shifts instead of 122. If the above calculations were based on the 121 shifts scheduled for that shift, the regular hourly rate would then be $16.81 instead of $16.68, and the overtime rate would be $25.22 per hour.

This kind of nuance becomes extremely difficult to deal with on a regular basis since personnel often get moved from one shift to another during various times of a single budget year. I suggest that your organization somehow recognize this difference and make a policy decision on how it will be handled in the future. Obviously, it could become a bargaining point during contract negotiations. This $ 0.13 per hour difference is nearly $400 over the course of a year.

To get the total compensation amount for budgeting purposes, you must add other benefits to this number. If sick and vacation leave is considered as hours worked, do not include these amounts for the employee; these funds are included in the calculated salary. If they are not considered as hours worked, add these costs to your total compensation amount for each individual.

Next, and for each employee, add all leave time on the books that is “carried over” into the next budget year. Theoretically, the employee could take all of his accrued leave during the next budget year, and other personnel may have to be paid overtime to maintain minimum staffing levels.

There is an art to such budgeting that can be based on the organization’s past practices, and you can make a fairly accurate estimation of such a contingency fund. Some organizations consider these carry over hours as a fiscal liability on the books and require funds be set aside in the budget for just such a situation so that you don’t carry an unfunded liability on the financial books.

I expect that this really tough question will only be asked if an elected official has received information that an employee’s hourly or overtime rate of pay is either too low or too high.

However, if the same employee—after working several years on a 40-hour work week—is moved back to a 24-hour shift, his annual salary would be the same, but his regular hourly rate would be reduced to $16.68 per hour, and his overtime rate would be $25.02. This is an instance where the employee may seek assistance by bending the ear of an elected official the really tough question posed in this article may be asked.

A bigger problem occurs in organizations where members are on an annual or monthly salary and the organization has published overtime rates that do not comply with the provisions of FLSA. If the rates are higher than required, other employees of the organization may complain.

If the published rates are lower than required by FLSA, the organization may owe back pay to those affected. If the organization did not use the proper calculations as shown above, hourly rates could have been calculated without factoring in the FLSA overtime. The organization could be paying overtime for all hours worked above the 159 hours during any 21-day work cycle AND pay 1.5 times the miscalculated rate for all hours worked above 159 hours during any 21-day cycle; the result could be costs far exceeding the projected approved overtime budget.

Since this hypothetical organization is, as a result, paying more than the calculated regularly hourly rate or properly calculated overtime rate, some shift firefighters who theoretically are supposed to receive an annual salary of $50,000 may be receiving significantly more money. This may not be recognized until two employees that are supposed to receive the same annual salary find that this has not been the case.

As I have said in the past, prepare! Anticipate these and other really tough questions and be prepared in advance if possible. After checking out the situation for yourself internally and you find that you may have an issue, be proactive. This may require you to find and hire an expert or seek legal advice to help your department sort out the situation.

If you discover a problem of underpaid personnel based on FLSA rules and report the problem, you could be liable for correcting the situation and for providing retroactive pay for the amount each firefighter was underpaid for the last two years. If you don’t report the issue and the Department of Labor finds, after an investigation, that your organization has underpaid its employees, your organization could be liable for up to three years of retroactive pay.

I hope that every fire department applies the FLSA correctly to its employees pay practices and develops its budget, but this has not been the case in the past. I also know that many departments believed they were using proper calculations of shift firefighter overtime rates only to later find out that this was not the case. It is a complicated regulation that has been in place for many years. As a result, newer chief fire officers have not had to deal with the nuances of the FLSA as amended. [29 U.S.C, Chapter 8, Section 201 et.seq.].

The Fire Officer’s Guide to the Tough Community Questions, Part 8

The Fire Officer’s Guide to the Tough Community Questions, Part 7

The Fire Officer’s Guide to the Tough Community Questions, Part 6

The Fire Officer’s Guide to the Tough Community Questions, Part 5