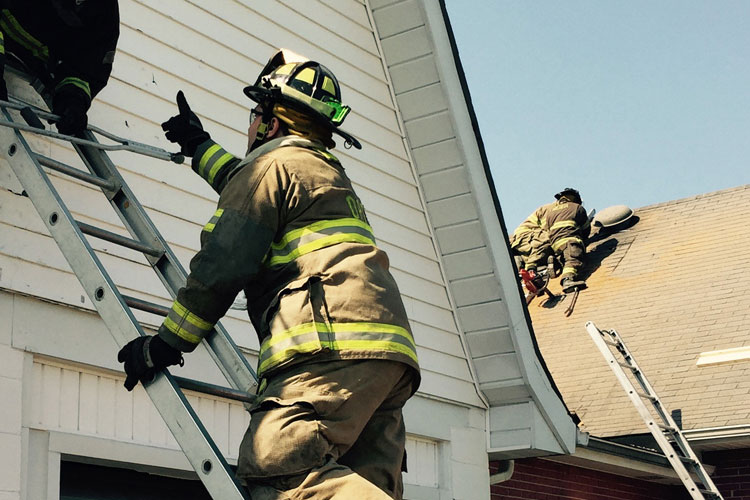 There are very few professions where one takes his skills and expertise and freely applies them while enjoying his free time. Firefighters, on the other hand, seem to not only do this freely but they are often sought out when there is an emergency. Firefighters are very social individuals and proud of their work. They don’t view their profession as “work” like most people do. For firefighters, their profession is their identity; it is who they are. They live their firefighter lives daily for all to see. This is most evident in the T-shirts they wear, the fire department stickers on their cars, and the stories they tell. If you are a firefighter, every one of your family members knows it, and (most likely) your neighbors know it as well.

With this firefighter life we live and love, we also find ourselves being sought out for advice on a variety of safety matters, like smoke detector locations in the home, minor first-aid techniques, and installing child safety seats. In our off-duty time, when we are attending a family function, a little league game, or any other social event and someone falls ill, we will be found and told of the emergency situation. People know that all they have to do is find the firefighter and let him know of the emergency, and he will go to the victim and do what he can.

Last summer, I was attending a wedding reception when a woman tapped me on the shoulder and told me a woman was choking at a nearby table. I quietly went to the choking woman and quickly administered the Heimlich maneuver, solving the problem. I then returned to my table to enjoy the wedding events. This is not an uncommon scenario; people will find the off-duty firefighter wherever he is when an emergency arises.

Firefighters always set themselves apart from many other occupations in this way during their off-duty time; they simply are ready to help. Firefighters will run into burning buildings, rescue people from auto wrecks, perform cardiopulmonary resuscitation (CPR), and provide all types of medical interventions without thinking twice. Firefighters never expect to be compensated or rewarded for their efforts; they just apply their training and improve the situation they find. Can you imagine an accountant doing your taxes without compensation in his spare time?

Sadly, we have witnessed our fair share of “firefighters behaving badly” this past year. This is always a very troubling concept for every firefighter I have known. Unfortunately, this is something we experience every year. We have recently seen a fire chief misusing fire department funds for his own interests in Dighton, Massachusetts; firefighters charged with drugs and weapons offenses in Providence, Rhode Island; a fire captain suspended for improper Facebook posts in Austin, Texas; and even a firefighter selling drugs in front of his firehouse in New York City. These examples of firefighters behaving badly upsets every firefighter I know as we struggle to repair the damage caused by these headlines. These events clearly do not reflect the true nature of the fire service.

RELATED: Halton: Behavior is the Truth ‖ Sullivan on Developing a Fire Department Code of Ethical Behavior ‖ Brunacini on Behavior Management

These five stories of off-duty firefighters performing heroic acts occurred in the last few months of the year (in fact, four occurred just in December!). In the fire service, events like these occur far more frequently than stories of firefighters behaving badly. The common theme in these stories is that firefighters saw someone in need of help and they quickly went to that person’s aid, using their training and skill for a positive result. This is what firefighters do. It takes a different kind of person to act in this way, and that different kind of person is usually an off-duty firefighter.