The Croton aqueduct commissioners have presented to the mayor and comptrolcr of New York city, a proposed amendment to the charter, which, if passed, will authorise the commission to supervise the building of a filtration bed to cost about $10,000,000. This will continue the aqueduct commission in office for many years. The commission has ordered work stopped on the easterly section of the Jerome Park reservoir, with the idea that it should be converted into a filtration reservoir. The westerly section of the Jerome Park reservoir is done and in use; but there is about two years’ work on the easterly section. It is both affirmed and contradicted that Contractors McDonald and Onderdonk have found the contract unprofitable, and would like to have the work abandoned. Chief Engineer J. Waldo Smith more than a year ago recommended filtration of the Croton water, and his report was indorsed by the Burr-Freeman-Hering commission. Mr. Smith recommends abandoning work on the easterly section of the reservoir, saying that the western section was adequate for storage purposes for the low-pressure service for which it was designed, and that it would be a waste of money and time to go on with the eastern section. The Jerome Park reservoir up to date has cost $5,500,000, or more than $1,500,000 in excess of the original estimate. It was begun in 1895, and should have been finished two years ago. Now that the work has been stopped on the eastern section, it is not likely that that section will be completed for storage purposes at all. The plan to turn the eastern section into a filtration reservoir is independent of the general scheme for a filtration system for the city’s general water supply. It is proposed to build a filtration system, and then let the filtered water run into a covered filtration reservoir, to be made on the site of the easterly section of the reservoir, now about half done. 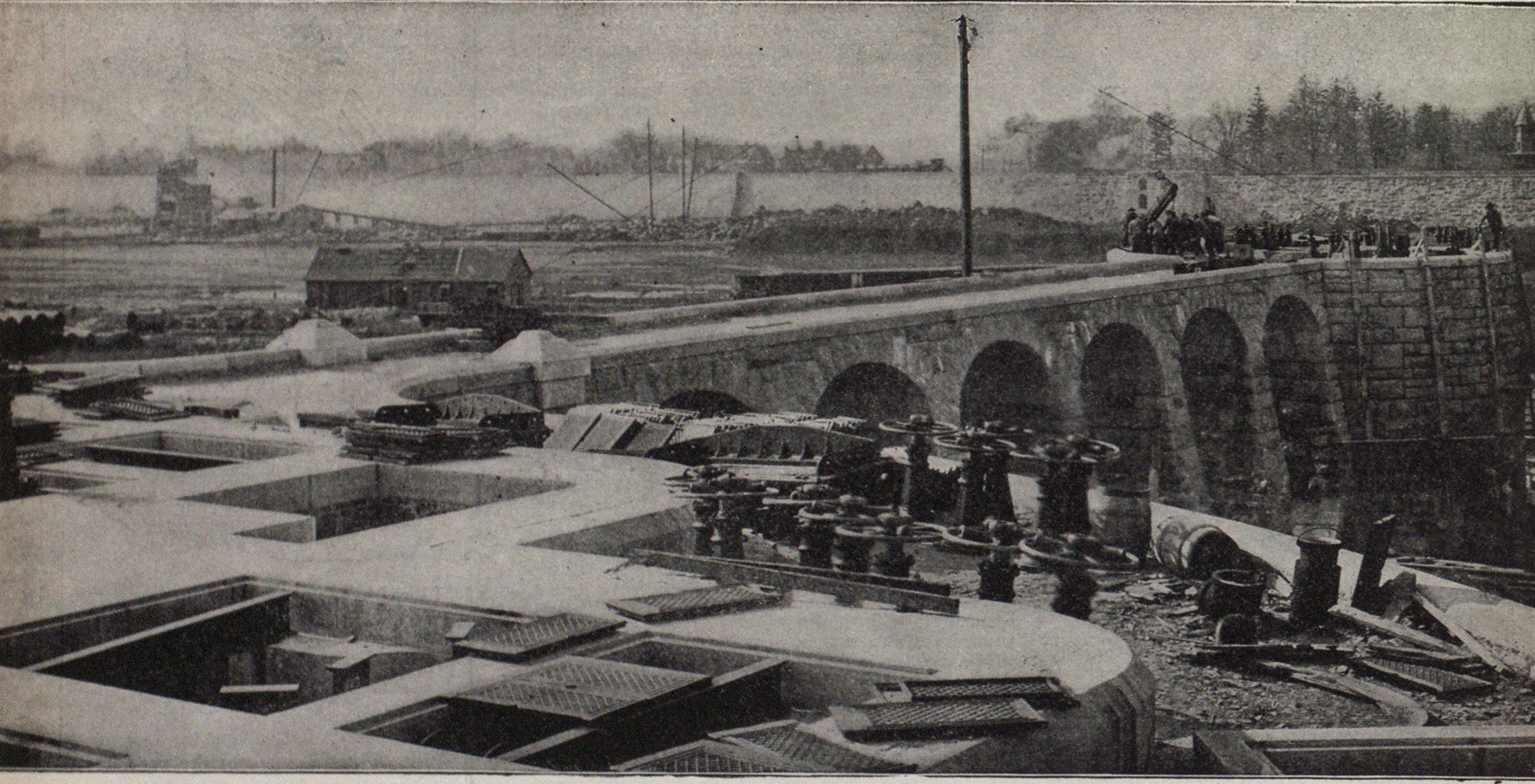