The fire losses in the United States and Canada for the month of July, 1917, as carefully compiled from records, totaled $24,564,575, as compared with $23,013,800 in the month of July last year. The table following presents a comparison of the losses by months so far this year with the same period last year together with the losses for the balance of last year: 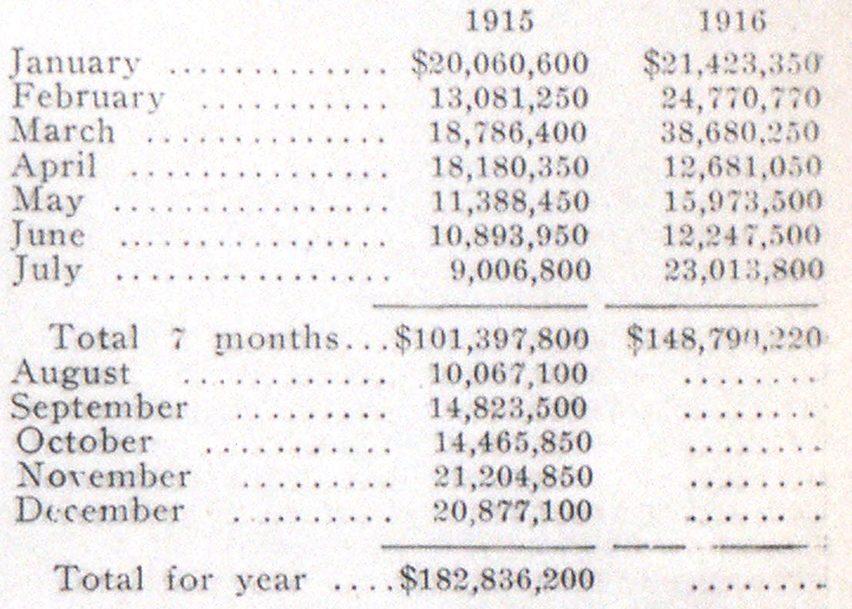 Losses by fire in the United States and Canada during the month of July, 1916, as carefully compiled from records, including the Black Tom pier explosion and fire, aggregated $23,013,800. During the same month last year the loss was $9,006,800 and during July, 1914, the loss amounted to $17,539,800. The following table gives a comparison of the fire losses for the first seven months of 1916 with those of 1915, together with the monthly losses for the balance of those years:

THE HAND ENGINE DID IT.