For the fourth time since its formation the American Water Works Association is to meet in New York City for its annual convention. There are many advantages in the convention city this year. For one thing it will give water works men and their families throughout the country an unusual opportunity to visit the metropolis under reduced fare conditions and at a time when the city is at its best as far as the weather is concerned. Besides a chance to see the wonders of America’s greatest city there are also to be the added incentives to the members to view at close range the recent great development in New York’s water supply project—the Catskill system.

All of this will no doubt work toward a large attendance from all parts of the country. The previous conventions held in New York City were in 1892, 1901 and 1916, respectively and each was a large one. No doubt this year’s gathering will far exceed any of them in numbers and interest.

Those superintendents and other water works officials who have not already made their plans to be present in New York on May 19 to 23 should do so at once and secure their hotel accommodations at the Hotel Astor before it is too late. 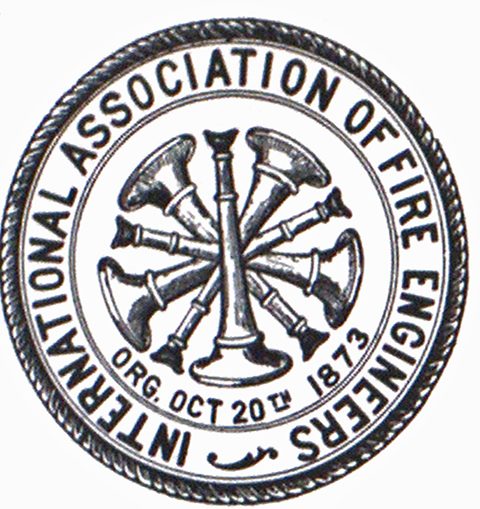 THE GROWTH OF THE ORGANIZATION.

It was on October 20, 1873, that in answer to a circular a convention of fire engineers met in Raine’s hall, Baltimore, Md., and was called to order by Chief Henry Spilman, of that city’s fire department, with Chief Hall, of Vicksburg, Miss., as temporary secretary. Among others in attendance were Chiefs Damrell, Boston; Eli Bates, New York city; F. F. Nevins, Brooklyn, N. Y.; E. G. Megrue, Cincinnati; Henry Heinmiller, Columbus, Ohio, etc. In all there were forty-eight chiefs, six assistant chiefs, four fire commissioners, and three fire underwriters. A permanent organisation was there and then effected, with a president (Chief Damrell), eighteen vicepresidents (Eli Bates, New York city, being one), a recording secretary (Chief P. H. Raymond, Cambridge, Mass.), three assistant secretaries, a corresponding treasurer (Chief Nevins).

THE TOPICS FOR DISCUSSION

are as follows: No. 1.—How should firemen be best rewarded when having saved human lives at the risk of losing their own?—Hon. A. C. Hendricks, former chief, New Haven, Conn. No. 2.— Wire glass windows. The advantages, if any, over shutters.—Chief Edvv. F. Croker, New York city. No. 3.—Are cities and towns keeping pace with improvements in fire protection, in proportion to the increase of the conflagration hazard?—(To be announced later). No. 4.—Electrolysis—Its destructive effects on water and gas pipes. What steps should be taken in order to prevent it?—Capt. Wm. Brophy, electrician, Boston, Mass. No. 5.—The fire department of the future in our large cities.—Chief Geo. W. Horton, Baltimore, Md. No. 6.—The drill school for firemen. Its importance and general resuits.—Chief H. W. McAdams, chief instructor, N. Y. F. D.