More
Home Leadership The Pumping Engine; Its Many Points, Faults and Peculiarities.

The Pumping Engine; Its Many Points, Faults and Peculiarities.

There is a correction to be made in Part XV. In the fourth paragraph at the end of the fourth line the word “cocks” should read “covers.” Since writing the fifteenth article I have seen another case of bad casting; this was in some steel pumps carrying a working pressure of 2,500 pounds per square inch.

The working strain put upon the steel is only 4,500 pounds per square inch of section, but in spite of this very low strain a leak has gradually developed from a mere weep to a torrent of tears, and it is, of course, only a question of time for the pump to burst, as the metal is getting thoroughly saturated, and of course must eventually go.

There seems to be only one cure for such cases, and that is to keep on casting until sound castings are obtained, rejecting all castings that show any signs of leak when tested. It’s expensive, but it pays in the end. Another very important point in pump cylinders is to be careful in designing them, so that the fewest possible parts are to be machined. Leave the skin intact, both inside and outside, as much as possible. This can be done most readily in pumps of the ram type, as the valves may be placed in a separate chamber, so that the gland is the only part exposed to the water ; the foot and branch flange, of course, not being exposed to the water.

For those who wish to save a casting that shows signs of weeping a good thing is to warm the casting and then brush out with melted paraffine wax. Let it cool and harden, then test again. The rusting up process also sometimes does good but after using the sal-ammonia the casting should be thoroughly well washed. The solution of sal-ammonia should also be applied under pressure to reach into the pores of the metal. Of course this is only a makeshift at the best and in first-class work should not be allowed.

‘I’he only pump worthy of comment now left is the piston type as shown in cuts 12, 13 and 14. This is a form that is favored by makers all over the engineering world ; the principal reason and really the only reason of its favor is that it takes up little room and is of course somewhat cheaper to produce. The objections are many as liefore briefly touched upon. Firstly, the cooling strains are many and very bad ones at that; take the junction of the working barrel at A to the valve plate on scat also the form at B, then the bottom casting on suction (D) chamber invariably is made to form a part of the bed plate and is of bad form. One of the worst features is the impossibility of knowing when any leakage is taking place at K. A large amount of the useful effect may be and no doubt is lost here for months before the required new packing is put in.

The delivery valves are placed in such a manner that the only access to them is from manholes which are in most cases too small, and will not admit of the placing of the necessary tools for regrinding or scraping. The suction valves have the same serious fault although they may be reached much better than the delivery valves as the covers may be removed, of course, at much more expense and loss of time. When all these defects are taken into account it appears to me that any one requiring a first-class pumping engine would cheerfully spend a little more money and take up more room; they would have their pumps better looked after and kept in order as it would not be nearly as much trouble to the engineer to make repairs, and as they would have more room and more accessible parts t would not be such a dirty job.

‘I’he attending engineer is a much more important man than he used to be some years ago, and all good men like to have their engines and engine rooms clean and in good order and like all other men, he likes to obtain these results with as little trouble to himself as possible. An outside packed gland shows at once when it is leaking and the owner can see for himself, but with these internal pistons the pump may be leaking internally and he is at the mercy of his engineer until it gets so bad that there is a shortage of water, whereas the outside gland compels the engineer to keep it in order if he wants to have a clean engine room and cellar. Another most important objection is in the case of a breakdown of any part of the pump proper the whole engine must be shut down as it is impossible with such a pump to work one end while repairs could be made. It is also a much larger job to replace a pump barrel than what it is with the plunger type, especially when the valves are all carried on the same casting and consequently have all to be prepared for again ; whereas in the case of the ram a simple barrel with two facings and one boring is all that is requisite. 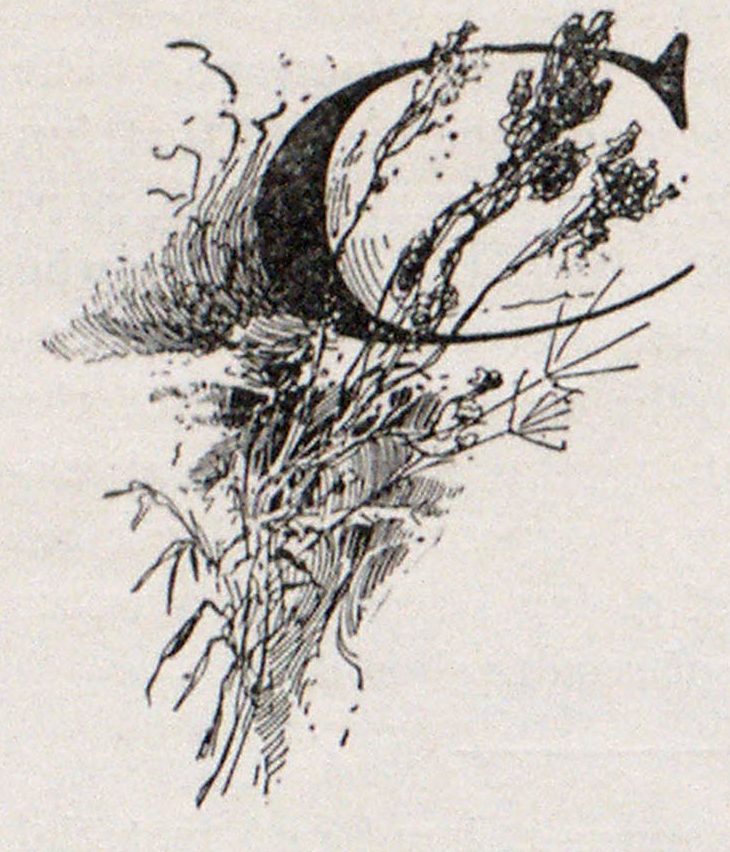 The Pumping Engine; its Many Points, Faults and Peculiarities.

CUT No. 11, asshown with article No. 14, has independent suction and delivery connection, and is so arranged that any individual barrel may be cut out of circuit without stopping the pumping engine. This is a very important point in any pumping plant, as the arrangement may be. used not only in case of accident, but also to effect economy in coal consumption. In case of night supply, when probably one-half the quantity of water is required, two pump barrels may be cut out of service, the steam pressure may be lowered to suit the reduoad horse-power required, thus saving steam, which means coal, and also much less care on tl e engineers and firemen.

Should a fire occur or more demand be made for water, the pump barrels can be put into circuit again in two minutes.

This system also gives the engineers the opportunity of examining their valves without shutting down the plant entirely.

The seats are threaded into the barrels, and are also reversable. Separate cages cover the valves, being threaded onto the seats and forming a lock nut, so that the seats cannot creep out. Additional safety is also provided by bringing the cccks well down, nearly touching the top of the cages. By this arrangement the valves are entirely free from the covers or bonnets.

The valves are also reversable, thus affording double opportunity for wear ; the seats being easily removed, it rentiers the operation of regrinding or seating very easy, as they may be carried to the lathe and there faced and reground in very much less time than would otherwise be necessary.

The insertion of new valves and seats is also an operation that is soon performed with this style of pump; this is another point that pays for the extra cost in one new set of valves, as where seats are forced in they are invariably distorted and the valves and seats have to be scraped and ground in, in position, X job that is always disagreeable and seldom properly performed; and in cases of large pumping engines where there are necessarily several valves in one group, it is an operation that takes up a lot of time, as it is seldom that more than one man can work at a set or group. In cases of large pumping engines the valve chambers are made separately from the barrels and placed preferably beneath the floor, but within easy access. This makes a very plain casting of the barrel and one that is not likely to burst as the casting and cooling strains are easily taken care of.

This is a more important point than may appear at first sight; the strains in all castings always are altered by planing and boring. I have seen cases when castings actually flew to pieces under the process of planing, owing to this disturbance of the strains in cooling. I have in mind another case where no less than eight castings were supplied to a pumping engine and all for one end,the other standing up to its work with onehalf the thickness that the other had.

This case was clearly proved to cooling strains as the strain put on the metal was Soo pounds to the square inch in the last castings supplied. A slight alteration in form and method of casting removed all trouble.

Referring again to the cut it will be noticed that excepting the valves there is only one place where leakage can take place, and that is at the outside gland, a place that is always in sight, and can be kept in proper order at little expense. Pump barrels ought to receive more attention than the steam cylinders, as they have a continuous strain upon them, even leaving out the water hammer, which is always present in some degree.

The continuous pressure of water in any iron casting that is at all open, gradually works its way into the metal, or in other words, it saturates the metal, and then the metal apparently suddenly cracks without any apparent cause, while really the water, like a secret foe, has been steadily advancing for months, until the resisting power of the metal is reduced below the tensile strength of it, and it of course goes.

A close-grained iron must be used, ard the closest of them may go, a small blow hole being all that is required for this creeping enemy, that we try to make perform what it often does not want to do, and never does in a natural state.

This is especially the case in the usual, and in fact, any pump barrel ; as the expense would be more than any buyer would be willing to give, if we designed a pump barrel with easy passages and turns for the water, instead of the abrupt right-angled turns we force it to take in all forms of pump barrel.