One of the most important and immediate tasks of the first-arriving fire officer at the scene of a structure fire is to conduct a rapid and effective scene size-up. The effectiveness of your size-up will depend on your ability to quickly and accurately read three key fireground factors when formulating an effective fire attack plan, the Three Rs of Size-Up: reading the risk, reading the structure, and reading the smoke. This process can serve as a template for sizing up other fireground functions, too, such as roof operations and overhaul. Size-up must be ongoing from the time the first company arrives until the last company picks up.

Reading the risk begins with your initial impression of the fire scene on your arrival and must include a 360° walk-around to view all sides of the structure to obtain critical intelligence about the developing fire situation. First and foremost, determine if any persons are trapped within the structure. Before it is confirmed that civilians are not at risk, firefighters will operate at a higher level of risk and aggression than they will once all occupants are accounted for. Therefore, it is essential to understand what the smoke and fire conditions indicate.

A 360° survey can provide the following information:

Note obvious scene hazards such as down wires, open trenches, burglar bars over windows, and so forth. Consider other risk factors involving the building’s contents and any process hazards associated with the occupancy (e.g., flammable liquid dispensing equipment, hydraulic or high-voltage processing/manufacturing equipment). Assigning an incident safety officer is key since reading the risk is a risk-vs.-gain evaluation that continually evolves throughout the incident. 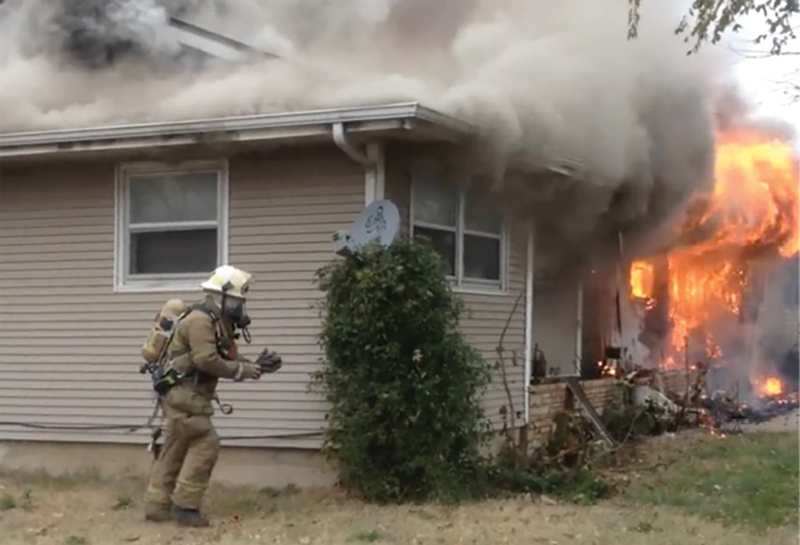 (1) Size-up is not complete until you conduct an initial 360° walk-around that incorporates the Three Rs. (Photo courtesy of Marty Dashiell, KC High Definition Productions & Post.)

Reading the structure is one of the most important aspects of size-up. Failure to understand what is occurring or what is about to occur regarding the structure, which is essentially undergoing demolition by fire, can kill your crew. The fire building will become progressively more unstable with time as fire attacks structural members, and the firefight is adding an undesigned live load of water to the building. Consider that a single 250-gallon-per-minute fire stream is adding more than a ton of water every minute.

Identifying which of the five types of construction you’re dealing with on arrival is key to making quality fireground decisions. You can determine the general type of construction according to visual indicators, prefire plan data, or on-scene reconnaissance. If the structure is a Type V wood frame, it is critical to determine the wood frame category, either legacy or modern construction, because of the rapid failure potential of modern wood frame structural members. 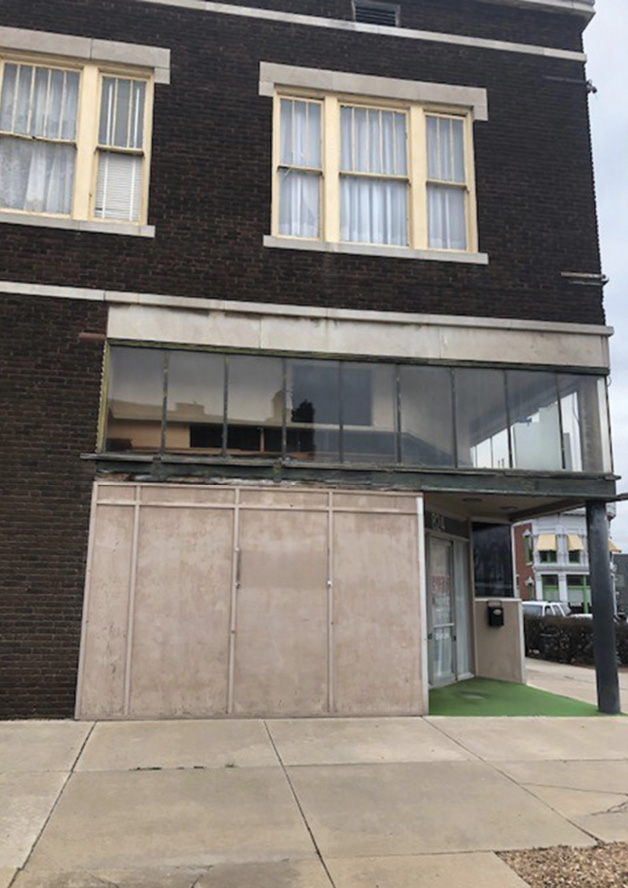 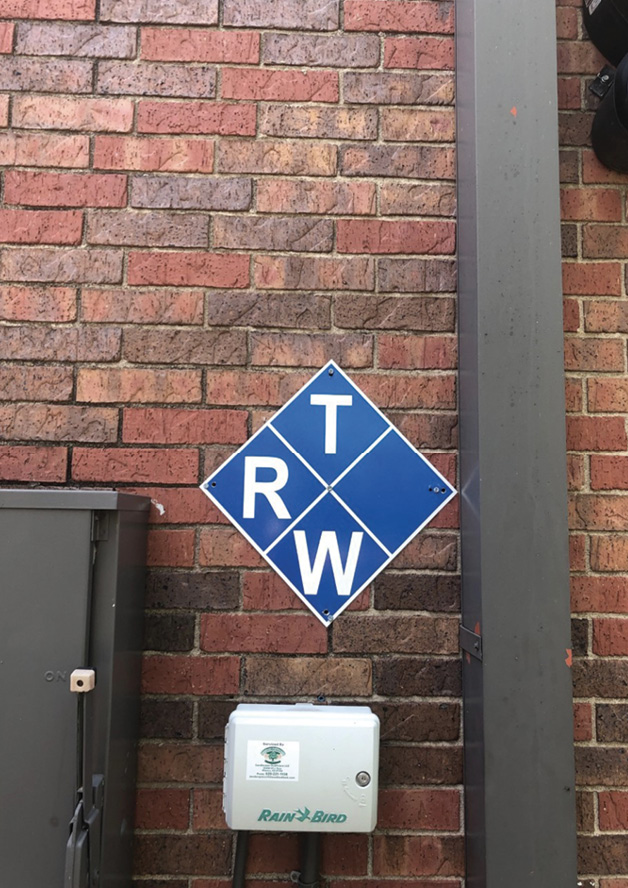 (3) The blue diamond building marking system assists firefighters in reading the structure. Here, it identifies the presence of lightweight engineered wooden truss structural components within the roof assembly of this structure.

Other pieces of intelligence to glean from the structure include its age and condition and whether it is a commercial or residential building. If it is vacant or abandoned, it is important to consider the likelihood of homeless persons living inside, especially in cold weather.

A 360° evaluation of the building will quickly tell you if it’s an open or enclosed structure. Open structures often are residential with numerous windows on all sides for firefighter access and egress. Enclosed structures are typically commercial or industrial buildings that lack adequate windows for firefighter egress, are a larger size, and have a longer travel distance for egress. Fires involving enclosed structures are considered extremely dangerous because of the possibility of firefighter disorientation under heavy smoke conditions. Basements also fall into this category regardless of occupancy. You can find an in-depth study of the firefighter disorientation sequence in William R. Mora’s Preventing Firefighter Disorientation: Enclosed Structure Tactics for the Fire Service (Fire Engineering Books & Videos, 2016).

Other structural considerations include the structure’s dead loads such as suspended awnings, signs, and other attachments to the sides or front of the building. Parapets and false facades are of special concern. You must carefully monitor these structural components during firefighting operations because they can become unstable and pose a collapse risk when fire involves the cockloft or attic space. Include this information in the building’s preincident plan; it is invaluable for reading the structure.

Fuel loads have evolved over the past several decades, creating a “new normal” on the fireground when it comes to fire growth and development. Today’s synthetic fuels create fire gases that are very combustible and release heat at a much faster rate than fuels of the past. We must realize that smoke is fuel. In addition, synthetic fuels produce very carcinogenic by-products of combustion.

The four attributes of smoke that are critical to understand include volume, velocity, density, and color. These are all important indicators that competent fireground officers must learn to read and compare when inventorying the structural openings where smoke is venting. Are the conditions getting better or worse after water has been applied?

For example, a heavy volume of fast-moving, dark brown smoke pushing from the attic of a wood-frame building of modern construction indicates the involvement of the roof’s wooden structural support system, which is likely being compromised. In addition, heavy black turbulent smoke venting from an opening is a red flag for the incident commander, who must not allow firefighters to “swim” in this kind of smoke condition. Cooling and ventilation are the only control options. This is a precursor to flashover that indicates heavy fire involvement; the fire is producing a great deal of energy.

These conditions can go from dangerous to deadly within seconds. Moreover, what the building and smoke conditions may not tell you is of great importance. Today, new and renovated homes are virtually airtight with weather stripping, energy-efficient windows, and insulation; “nothing showing” means “nothing before further investigation.” An oxygen-deprived fire may be ventilation limited and the pressure within the structure may be reduced to the point such that smoke will not be pushed to the exterior. A ventilation-limited fire can grow from nothing showing initially to flashover conditions in 90 seconds once entry is forced into the structure because fresh air is being introduced into the fire area.

In this fire video (https://jwp.io/s/SCjbVsi9) of the fire in photo 1, note the high volume of black, turbulent smoke venting from the gable end of the roof and soffit area, indicating heavy fire conditions in the attic. The first-arriving officer immediately conducts a 360° survey of the structure while attack lines are pulled and water is quickly applied from the windward side using a transitional fire attack. Also note how the wind-driven smoke and fire conditions change after the fire attack begins. 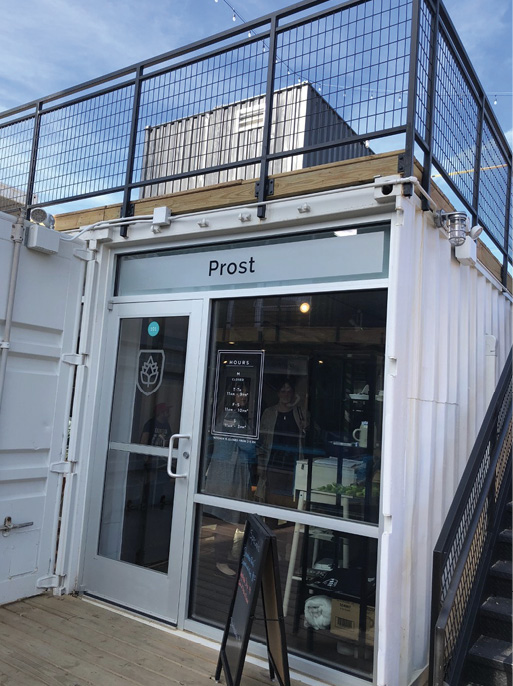 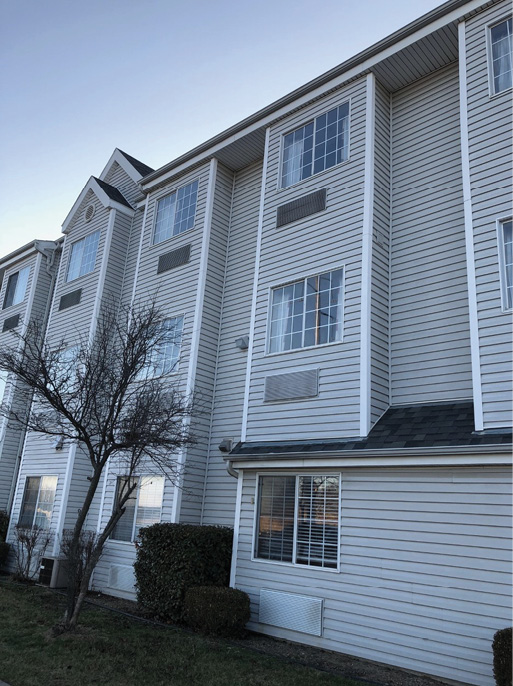 (5) It is critical to identify the risk associated with vinyl siding and vinyl soffits early during size-up. These can very rapidly spread an exterior fire into the attic void.

Remember, fireground size-up is a continuous process that begins at the time of the alarm and does not stop until the incident is terminated. Understanding and applying the Three Rs of Size-Up throughout the incident improve scene situational awareness. Reading the Three Rs provides the basis for formulating a sound fire attack plan that includes the proper strategic operation mode (e.g., offensive, transitional, marginal, or defensive), conducting primary and secondary searches, getting water on the fire fast, and coordinating the ventilation. As the incident needs change, so must the plan. The staffing and resources available directly affect your ability to safely and timely carry out these fireground functions.

Today’s evolving fireground is a dynamic and dangerous environment. We must stay current with both old and new tactics and continue to sharpen our skills and abilities to read the 21st century fireground. The Three Rs are a learned art that should be in the skill set of all fire officers.

Gary Bowker is a United States Air Force master sergeant (ret.) who served as fire chief at numerous U.S. Air Force bases around the world. He was the chief of Sumner County (KS) Rural Fire District #10 and served as the fire marshal and safety officer for Winfield, Kansas. Bowker has more than 47 years of fire service experience and has instructed at FDIC International, the National Fire Academy, the U.S. Department of Defense, and the University of Kansas Fire & Rescue Training Institute.