The excellent paper on “The Typhoid Toll,” written by George A. Johnson, consulting engineer and sanitary expert of New York City, was noticed in this journal at the time it was presented at the annual convention of the American Water Works Association. It is such an able treatise on a subject as interesting to lay readers as technical experts, and so wide in its scope that it will become a most valuable addition to works published on this subject and that are less practical, consequently not so useful for the general reader as “The Typhoid Toll” must always be. It has high educational value for water works men and all others interested in the health of communities, and has been referred to in a letter written by John M. Diven, secretary of the American Water Works Association, as “the best plea for filtration of public water supplies ever written.” The paper covers the general subject of typhoid fever, its causes, and the means of prevention; the toll of lives and its economic significance, and constitutes a review of the situation, including the remedy at hand, that should, in the interests of the public health, be in the hands of the officials of every community in the country. The paper was discussed by thirty-five representative physicians, engineers and public sanitarians and in order to place the valuable information it contains within the reach of all water works engineers and managers the American Water Works Association has sent copies of the paper, together with the discussions, to a large number of those interested in public water supply in all parts of the country. Every man, woman and child is intimately affected by the question of the purity of the water supply and in preparing this paper dealing with typhoid and its prevention Mr. Johnson has performed a public service for which he should receive the thanks of all concerned in the public welfare. He sums up the situation well when lie says: “Granting that the pollution of public waters cannot he entirely prevented, obviously it is the duty of every city to make pure such waters before they are delivered to the consumers.” 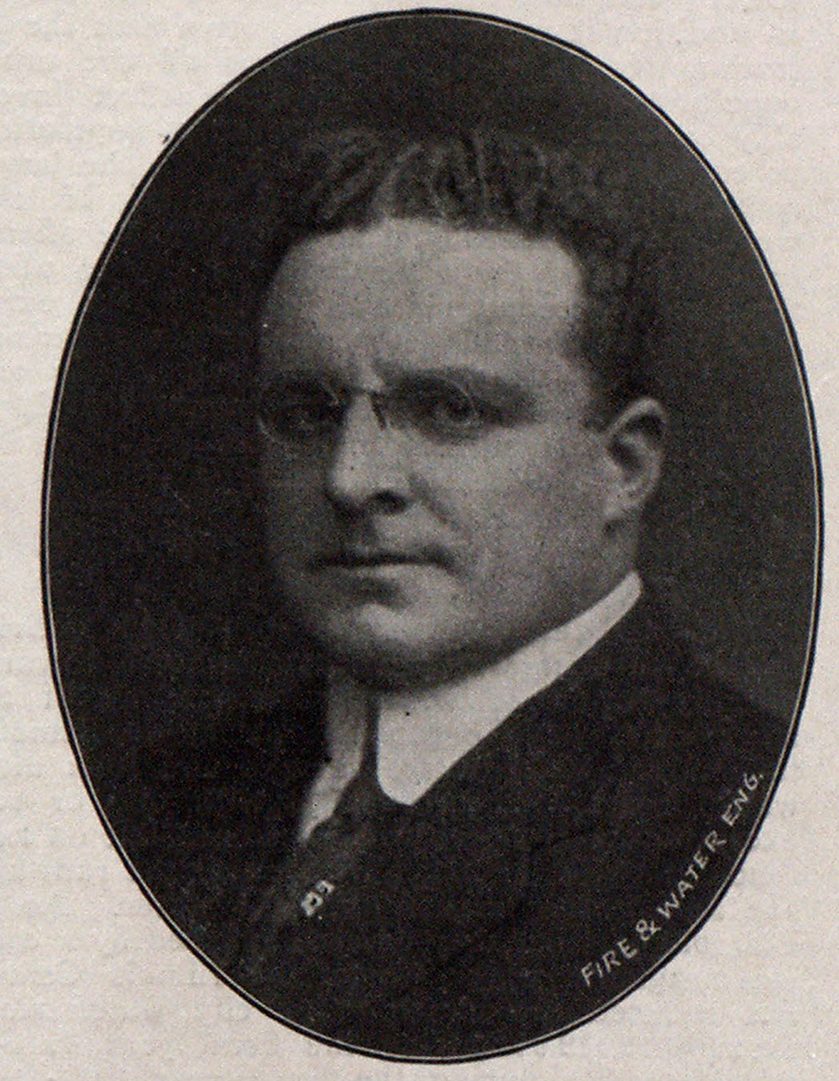 No one can gainsay that in progressive states the majority of the movements looking to the improvement of public water supplies originate in the health department. It can be stated unqualifiedly that no community, whatever its size, is too poor to have a pure water supply. It is better to have bad streets, grade crossings, and inadequate public buildings, than to tolerate a public water supply of questionable purity. State health officials, realizing the necessity better than anyone else, order that purification works be built. The cost thereof being estimated, the matter of a bond issue to carry the expense is put up to the people, and very often is defeated. Many cities have endured an excessively high typhoid fever death rate for years, and withheld the financial support necessary for the furtherance of measures of prevention, even when it was plain that the public health of the community would be immensely benefitted thereby. Laws have been enacted giving to the state the power to force the purification of public water supplies within their boundaries. The so-called Bense Act of Ohio is one of these. There is need of more legislation of this kind, which leads to the protection of the public against itself. The author believes that an important and controlling amendnict to all existig public health laws should be made particularly those surrounding the contemplated purification of public water supplies. To promote the health and comfort of such a community the law should require that the water as delivered to the consumer comply at all times with reasonable standards of purity, essentially as regards its bacterial content and physical characteristics. Furthermore, that any method of purification, tangibly guaranteed continuously to furnish a water at all times complying with the law, shall be acceptable. The physical features of such purification plants thus would not be subject to approval by the health department, it being the duty of that department, proper, to see to it that the guarantees under which the plant was constructed, are fully complied with. Most public health laws governing water purification projects specify that plans and specifications of the contemplated works shall be submitted to the health department, and that construction work shall not be begun until the health department has indicated its approval thereof. No time limit U set for such action by the health department, and this is needed to preclude unnecessary inaction, provided the law delegating to the health department the power to approve or reject a project on the plans and specifications is allowed to stand.

What the Common Purification of Public Water Supplies Would Do.

If all the urban population of the United States were supplied with filtered water or water of equal purity, the average urban typhoid fever death rate would be fourteen per 100,000. In making this important statement it is well to explain that this figure was obtained by estimating, on a basis of proportions, an average typhoid fever death rate of forty-three per 100,000 among the total urban population of the United States in 1900. or about the time when filtration began to show its effects on the public health of the country. A reduction of 67 per cent, in the typhoid rate immediately following filtration has been amply demonstrated. Hence a residual rate of fourteen per 100,000 results. It has just been shown that the average typhoid fever death rate among the total urban population of the United States in 1913 was twenty per 100,000, a fair figure for present day conditions. Purer filtered water supplies, or supplies of equal purity, would lower this rate to fourteen, representing among the urban population a saving of 3,000 lives annually, and forty-five thousand cases of typhoid fever. This represents an amount of vital capital equal to $22,300,000 annually, or, at 6 per cent., the interest on an investment of $375,000,000. Of the 50,000,000 people representing the urban population of the United States, 20,000,000 are now supplied with filtered water. To build filtration works having a total daily capacity of 4,000 million gallons daily, easily sufficient to provide pure water for the remaining 30,000,000 people, would not cost $100,000,000. To operate these works and pay all charges, including interest and sinking fund, would not cost more than $12,000,000 per year, or about one-half the present annual loss in vital capital. The remaining $10,500,000 per year in saved vital capital would make a substantial nucleus for a public health fund to be expended in general disease prevention work. It would represent 21 cents per capita per year for the entire urban population of the United States, and if expended solely for typhoid prevention would go a long way toward effecting the elimination of this plague. In addition it must not be forgotten that the filtration of the water supplies of all the urban population of the country would reflect favorably on the health tone of the rural population, or such of it as comes in touch with the larger communities through periodical visits. If laws were enforced making it an imprisonable offense on the part of the officials for a city to allow the use of a contaminated water, or the existence of privies and cesspools, or slack garbage collection and disposal, or unclean streets and gutters, the health tone of the country at large would be immeasurably improved.