In December 2018, I responded to a call with people trapped in an elevator. While en route to the address, there was no further information relayed from dispatch. As it turned out, the elevator was in a seniors residence building, which was about five stories tall. The elevator was a single elevator servicing the entire building. The first apparatus arrived on scene and was met with the building superintendent to ascertain more information about the elevator entrapment. At the same time as the other two trucks arrived on scene, we received another call for the same building address for an automatic alarm that was triggered by the elevator machine room.

We opened the elevator shaft door with the elevator keys using the small circular hole at the top of the door. Once that door was opened, the elevator door itself was able to be opened. We kept both doors open with two door wedges or chocks (photos 1, 2). 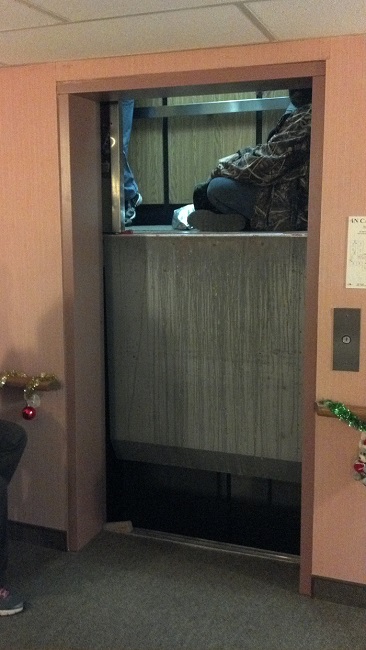 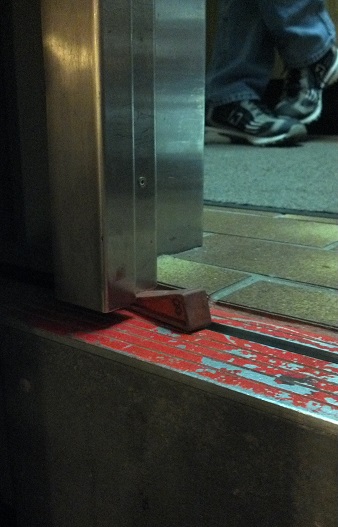 Photo 1 shows that the elevator was stopped between the third and fourth floor. There was only a small space of about 2½ feet available to reach the occupants. All occupants were told to stay in the elevator for their safety until we were certain it would be safe to remove them. At the same time, crews assigned to investigate the automatic alarm went up the elevator mechanical room, where they discovered a small amount of smoke inside. The smoke detector inside the room had been activated; the motor used to operate the elevator overheated because of a mechanical fault and shutdown, locking the elevator in the position found on the third floor (photo 3). 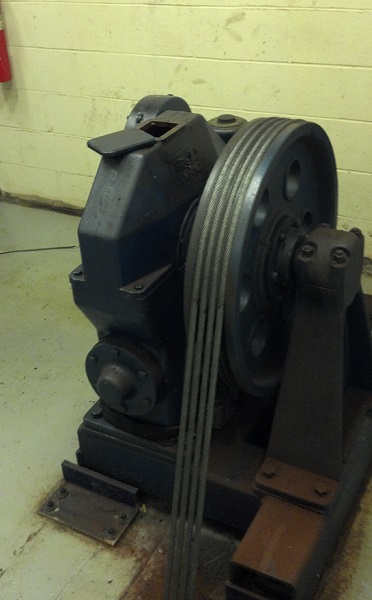 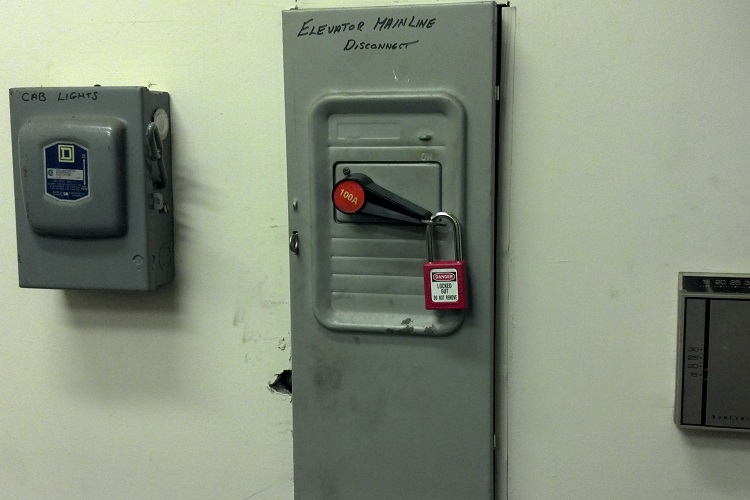 The officer held the key to the padlock. We verified that the elevator’s brakes were checked to make sure that they had locked and were holding the elevator in place; we did this by using a piece of paper to see if there was any space between the brake pad and the brake drum. The brake pad is the blue square in the middle of the picture resting against the shiny steel (photo 5). The brakes were set and locked in place. 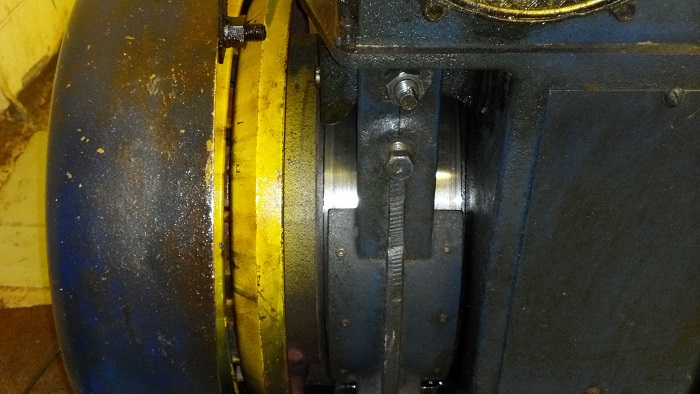 Once all safety systems were in place and verified by the officer (who also acted as our elevator rescue shift instructor), we removed the three occupants from the elevator one at a time without any injury or instance. They all carried on with their day with gratefulness.

The elevator was placed out of service, and the padlock was kept in place until the elevator company technician arrived on scene. Once there, he removed the padlock and replaced it with his set of padlocks.

Although this was a technical rescue call mixed with a general response call (for the automatic alarm), the situation was handled by using basic tactics such as establishing communication with the elevator occupants, determining if medical attention was needed, locking out the elevator’s main power supply, and communicating all actions between the crews. Also, it made a big difference having a person trained in elevator rescue on scene; it will allow you to execute this type of operation if you ever respond to one.

No matter what type of department you may work with or for, there may be the possibility of an elevator present within your response area. If this is the case, training on this type of situation will help in making a call successful if one is ever received by your department.

The Pollution of the Water Supply of New York City.