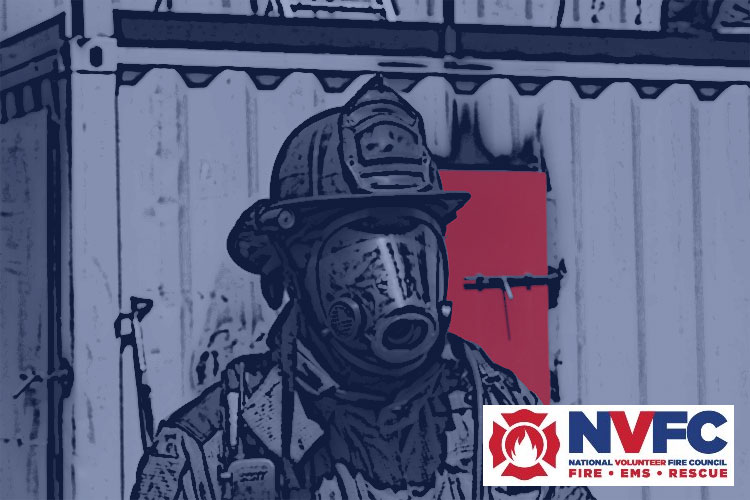 What It’s Like to Be a Member of the Team

An important part of managing expectations centers on how the department treats new recruits. These new recruits join with a vision of how they are going to be part of this great team. They are enthusiastic. They’ve been recruited, and that means they are wanted and important. The chief has welcomed them and told them how great it is for them to be on the team. And then, too often, chances are good that they’ll meet…well, we’ll call him “Biff.” (With apologies to the many great people who share that name.)

Biff tears into them for being one of those lazy Millennials who doesn’t know how start an engine with choke, or for “being a girl” (after which, he holds his hands up in a surrender gesture and says “ha, ha, just kidding”). Biff takes joy in telling them to shut their mouths and keep their opinions to themselves. Biff tells them that they must prove themselves worthy to him. Biff doesn’t care if anyone else ever joins the department – it’s all about him. He’s just as happy if he’s the last volunteer ever, as it proves to the world that he’s the hero and everyone else is somehow substandard.

For every Biff, you will also find a long-timer who can act as a great mentor to a new recruit. Problem is, over the short term, Biff will make the bigger impression.

Beyond Biff, new recruits are also likely to face a whole lot of unwritten rules. Or they’ll get tripped up by stuff they couldn’t be expected to know down cold at the start. They sit in the wrong chair. They wear the wrong T-shirt. They call a piece of equipment by the wrong name. They follow a policy that nobody else bothers to follow. They get verbally beaten up over stupid things, or maybe they even find water in their boots.

These types of behaviors continue in a lot of fire departments under the guise of “good fun or ribbing” or with the excuse that “it’s our way of getting to know you or showing camaraderie.” And in fact, these behaviors were social norms in the 1970s or 1980s when a lot of older firefighters and EMS providers first got involved. They were thought of as okay back then, but they are flat out counterproductive today. They need to stop.

How people perceive these kinds of behaviors has changed. What was once considered acceptable is no longer acceptable. If your fire department is going to successfully bring new people, and younger people, on board, then you need to approach these behaviors from the perspective of those new people. “Good intentions” on the part of long-time members don’t matter. Nor does their view of what new people should be able to bear. What matters is how new people perceive – hear and experience – these behaviors.

Cultural norms change. They always have. Get over it and get with the new changes. What is normal and appropriate today will not be in 20 years. This shouldn’t surprise us, and we need to avoid wishing for old days.

We are in a society where there are a lot of competing ways for people to volunteer their time and expertise for their community. Volunteer fire and EMS departments are facing greater competition for volunteers than ever before. Departments must adjust to this reality. If your new recruits get the feeling they aren’t wanted or valued, they will go elsewhere.

There is no volunteer fire or EMS department that can afford to let new volunteers walk away and go elsewhere.

The Impact of a Negative Department Environment

Think mentioning these behaviors is over the top? Look at the data. In 2019/2020, the National Volunteer Fire Council (NVFC) conducted a national survey of current and former volunteer firefighters to try and figure out why volunteers leave departments. Among former volunteers, 22-percent reported that they left their departments because the “department atmosphere was full of cliques and groups that exclude others.” The second most common reason, at 18 percent, for leaving was “department leadership doesn’t focus on or support the needs of members.”

Those are significant numbers. But if you’re still inclined to write these findings off as reflecting a handful of ungrateful whiners and troublemakers, you should read what current (still serving) volunteers said. Thirty percent of them reported that their department was “full of cliques and groups that exclude others” and 21 percent said that “department leadership doesn’t focus on or support the needs of members.”

Supporting this data is a survey produced by Fitch & Associates and the National EMS Management Association titled “The 2020 EMS Trend Report.” The survey showed that sexual harassment and bullying are still hanging on in our departments. In fact, the report’s trending data indicates that both of these problems are still significant across the entire EMS industry, both volunteer and career. Twenty percent of respondents indicated bullying as a problem and 14 percent identified sexual harassment as a problem. We need to end this. What’s the point of recruiting and training new providers if we are just going to let them be driven out by bullies?

More troubling is that the number of EMS providers who would not recommend that their child go into EMS jumped from 12 percent in 2018 to 39 percent in 2020 (pre-pandemic). The reasons? Burnout and many of its siblings, such as violence against EMS providers, poor support by elected officials and medical directors, lack of a clear promotional path, lack of recognition and professional respect (including from other providers), and a feeling that leadership doesn’t care about you. How do you recruit EMS volunteers when more than a third of EMS providers are telling people that their department and its leadership are not concerned with their safety and well-being?

How does a department tackle these issues?

The solution here is ultimately complex. Departments need to look at their policies and procedures to make sure they are supporting their new and longtime members equally. They need to consider their customs and ask how they might be perceived by new members joining the department. Will they (or do they) see these customs as department leadership not caring about them?

The reason this can be hard to do is that some behaviors are so habitual, you may not even notice that they are detrimental. For example, when a new member comes on board, it is still common to hand him or her a set of ill-fitting, worn-out, crappy personal protective equipment (PPE). As an industry, we’ve been doing this for decades: Give the new person the old gear and tell them they’ll get new gear once they’ve earned it or proven themselves.

The problem? This approach has long outlived its usefulness. It’s now counterproductive. When you hand ill-fitting or old gear to a new recruit, you are saying they aren’t valuable. You are saying that protecting them from injury and illness isn’t important. You might not intend to say this, but that’s what is being heard or perceived by the new member.

And leadership also needs to adjust department images, policies, and customs so that new recruits feel valued from the get-go. The influence of a “Biff” (if there is one) has to be neutralized – overwhelmed by better and more productive behavior from the rest of the department’s members, and from the training and example set by other peers and leaders.

A parting note: In these fast-changing times, it’s worth paying extra attention to why people are joining their volunteer fire or EMS department. Why are they turning to fire/EMS versus, say, volunteering as a coach, or for another kind of nonprofit organization? The answers aren’t always as straightforward as they may seem, and they matter enormously. They can help you align what you’re offering recruits to your mission, benefiting both.

Joe Maruca is chief of the West Barnstable (MA) Fire Department, a combination fire department on Cape Cod. He served as a volunteer firefighter from 1977 until becoming chief in 2005. He is a director of the National Volunteer Fire Council (NVFC) and represents the NVFC on the NFPA 1917 Technical Committee. Joe is a retired attorney and Of Counsel to the Crowell Law Office in Yarmouthport, concentrating in the area of estate planning.