PAYSON Park new high service reservoir at Cambridge was begun in 1894. Its capacity is 43,100,000 gallons; located above city base 178.50; distance from Stony brook basin, 6 5 miles; length of forty-inch steel pipe, 23,450; area of reservoir site, 11.75 acres; area of water surface, 7.38 acres; distance from pumping station, 8,586 feet; distance from Hobbs brook basin, 6.2 miles. The work was completed this year, under the supervision of Chief Engineer Lewis M. Hastings, Consulting Engineers Marshal M. Tidd, 1894 95, and Messrs. Rice and Evans, 1896; assis’ant engi neer, George Davis; engineer in charge, J. Wilder Howe. It is connected with Fresh pond pumping station by two fortyinch main pipes. All the water that comes into the reservoir is pumped from that pond, and the stored supply is sufficient for si* days on the present basis of consumption, while the pressure is now such that water can be thrown from the hydrants over the highest buildings without having recourse to steam engines.

The new high duty, vertical, triple exjransion 20,000/00gailon Groshon Dump is built on the most up-to date principles It stands between (he two old pumps in the Fresh pond pun ping station; is fifty-four feet high from base, weighs 500 tons; is of 700 horse power; and has five boilers of 1,000 horse power each. In the condenser, a vacuum of twenty seven inches of mercury (thirteen and one half pounds) pressure is constantly maintained. In the high pressure cylinder the steam has a pressure of 800 pounds per square inch, with a temperature of 382 degrees Fahr. This pressure falls to six and two third pounds, and the temperature to 170 degrees, by which a maximum economy of heat and coal is utilized. The piston rods of the steam cylinders a e connected directly to the main crossheads and also connected to a beam or rocker, which is also connected with the main crank on the flywheel shaft,whereby the work in the pumps is made uniform throughout the stroke, 1’he engine can raise nearly five times the available storage capacity of the Hobbs brook basin from Fresh pond into the Payson park reservoir in one year, an ‘ will raise t.000,000 gallons of water into the Payson park reservoir from that pond— a distance of 9,000 feet and 180 feet above the pond—with t.ooo pounds of coal, with coal costing $t.8o per thousand pounds, or 1,000,000 gallons one foot high for one cent. The two new boilers at the Cambridge pumping station are of the Belpaire firebox type, each of one thousand maximum horse power and weighing forty-five tons.

The work of building the addition to the water system was begun during the mayoralty of William A. Bancroft, with J. M. W. Hail as president of the water board, Walter H. Harrington, clerk and registrar, John L. Harrington, superintendent, Edwin D. Brooks , acting superintendent, and C. Brunei Parkes, assistant superintendent. Mr. Erasmus P. Leavett,likewise, was of infinite service as consulting engineer. 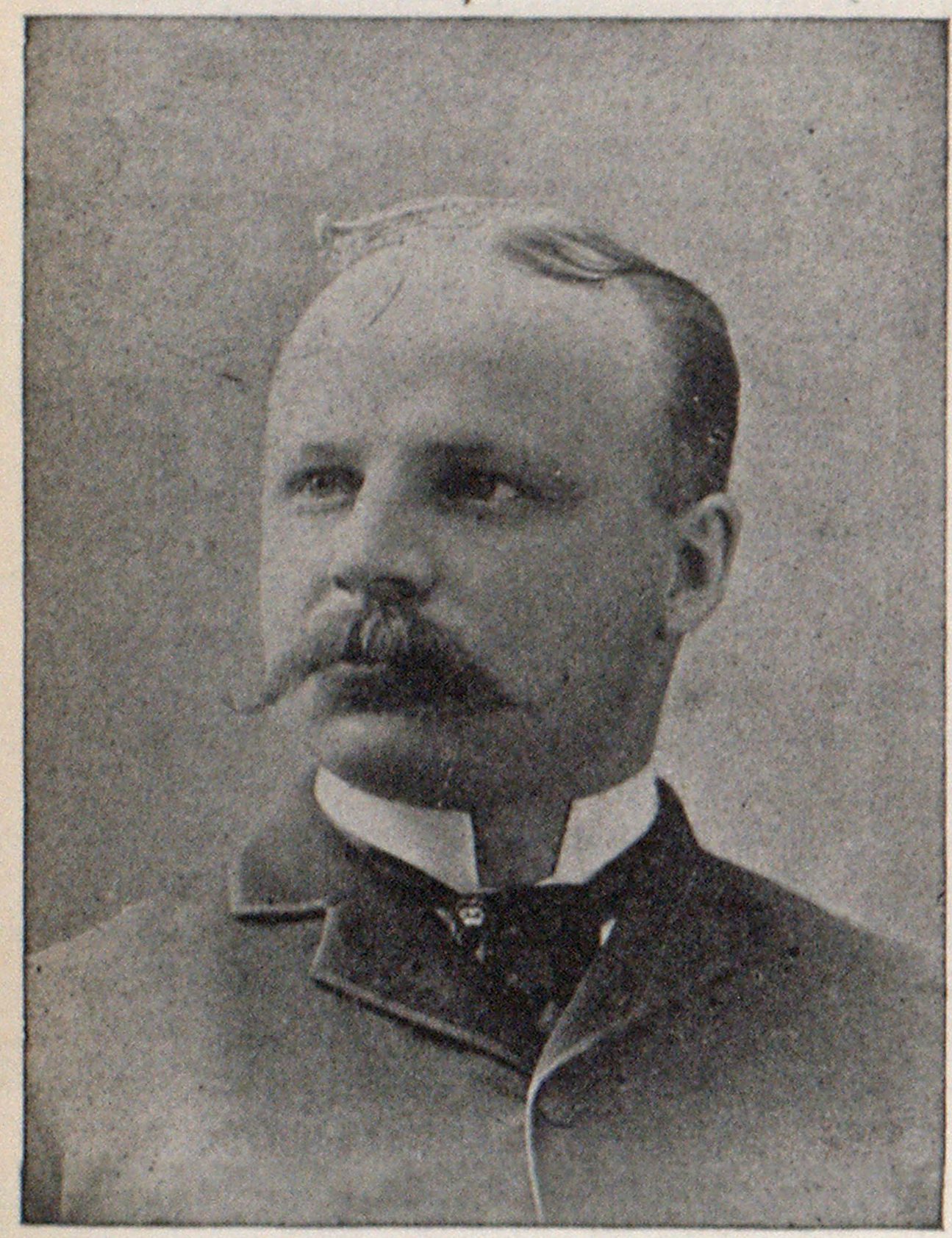 CAMBRIDGE, Mass., now has a $5,000,000 water system, which has taken about three years to build. The city was originally supplied in 1837 by the Cambridge Aqueduct Company, and it, 1855 the Cambridge Water Works built a new plant, which was bought by the city in 1865, at a cost of $290,360. The works wete not on a large scale and embraced a small pumping station at Fresh pond, with about 16,000 feet of land and a reservoir, with a capacity of 5,000,000 gallons, which two years afterwards was enlarged to the present capacity of 5,000,000. The supply is derived from Stony brook in Weston, Waltham, and Lincoln, the source of which is Sandy pond by gravity to Fresh pond, thence by pumping to standpipe and reservoir. In 1865 the legislature gave the pond to the city, on the condition that it should acquire all the land bordering on the pond, which itself is supplied by springs and, together with Stony brook reservoir, affords a total supply of nearly 800,. 000,000 gallons. The drainage area ot Stony brook is twentyone square miles; of Fresh pond about one square mile. In 1892 tie land for the basin was acquired by the council. The basin is divided into two parts—the upper basin being about cne-thiid the capacity of the lower one. whose average depth is fifteen feet. The upper basin has been finished for over a year ; the lower is now completed. There is an artificial lake about two and one-half miles long and nearly one mile in width at the broadest part, the cost of which was about $700,000. In October, 1894, a contract was signed for the construct on of a double reservoir, with a capacity of 40,000,000 gallons and with a height of 177 feet above city base. To make the necessary connections, about five miles of riveted pipe were laid— the result being that Cambridge has now a water supply only second in extent to any in New England, and secured, so far as the present extension is concerned, at a cost of $1,750,000. Judging from the growth of the population in the past (at the last census it was 83,000) at the rate of about forty per cent, in a decade, the supply will be amply sufficient for many years to come, and, as the drainage area of Lincoln, Weston, and a part of Lexington (the source of the supply) constitutes a country not likely to be densely settled in the immediate future or to he used for manufacturing purposes, there is no risk of of the water being contaminated. The total cost of the water works up to date has been in round numbers $5,230,000, of which 2,300,000 has been paid for water rates so that, with the woik complete, the net debt will be about $2,930,000 or more. Some of the items are as follows :

Payson park reservoir, including land, $317,000; Hobbs brook tasin, including land, $951,000; new high service pump, two new boilers, alterations to engine house, etc., $164 coo; new forty-inch force and distributing main, $198,o >0. Total—$1,630,000. Besides this is the cost of the work round Fresh pond, new Cambridge street main, and ordinary renewals and new pipe. The revenue this year should be $300,000. which will leave a small surplus, after everything is paid. In time, when the consumption of water reaches 9,000,000 gallons a day, a new pipe must then be laid connecting Stony brook and Fresh Water pond, the cost of which will be about $4 000,000. The water board also points out that the dual system by which, with legislative approval, Charles river can be utilized for many other purposes than domestic, has already been brought to the attention of the city council.

11 is a feasible plan, in use in some cities in Europe,and should have more sciious consideration than the city council has yet given. It is possible to build a storage basin at Stony brook, or supplement Hobbs brook basin from Beaver pond and vicinity. With five and one-half billion gallons of water running to waste each year, it is only a question of how to store it. There is water enough.

As to the sources of supply: Stony brook, where the dam is built, is composed of two principal streams and their feeders— namely. Stony and Hobbs brooks, which drain a watershed of about twenty-two square miles. It was found by gauging the brooks that in very dry times they would furnish only about a million gallons daily. In the same way it was found that during the spring freshets there were quite three or four hundred million gallons per day running from the same brooks to waste into Charles river. This demonstrated the fact that the capacity of these brooks to furnish water for Cambridge for its present and future wants could be made available only by creating storage basins to retain the water when it came and hold it in store until it was needed. For this purpose the city has taken several acres of land on each side of these brooks where dams will be made, if storage basins are hereafter to be constructed at the headwaters of the brooks. The legislature has given Cambridge power, if need be. to allow other cities end towns to be supplied by its system.

The illustrations accompanying this article are as follows: Alvin F. Sortwell, mayor of Cambridge; Mon. C. W.Kingsley, former president of Cambridge water board; section of the upper Hobbs brook basin above Lincoln, and a glimpse of Fresh pond and Kingsley park—showing Payson park gatehouse in the distance on the right.