Meterage and Safeguards Against Pollution.

Elyria, Ohio, has bought a chemical engine and 200 feet of hose. The engine also carries a twentyfive-foot extension ladder, twelve-foot roofing ladder and two twn-gallon hand extinguishers. The engine is single-tanked and will carry eight men. 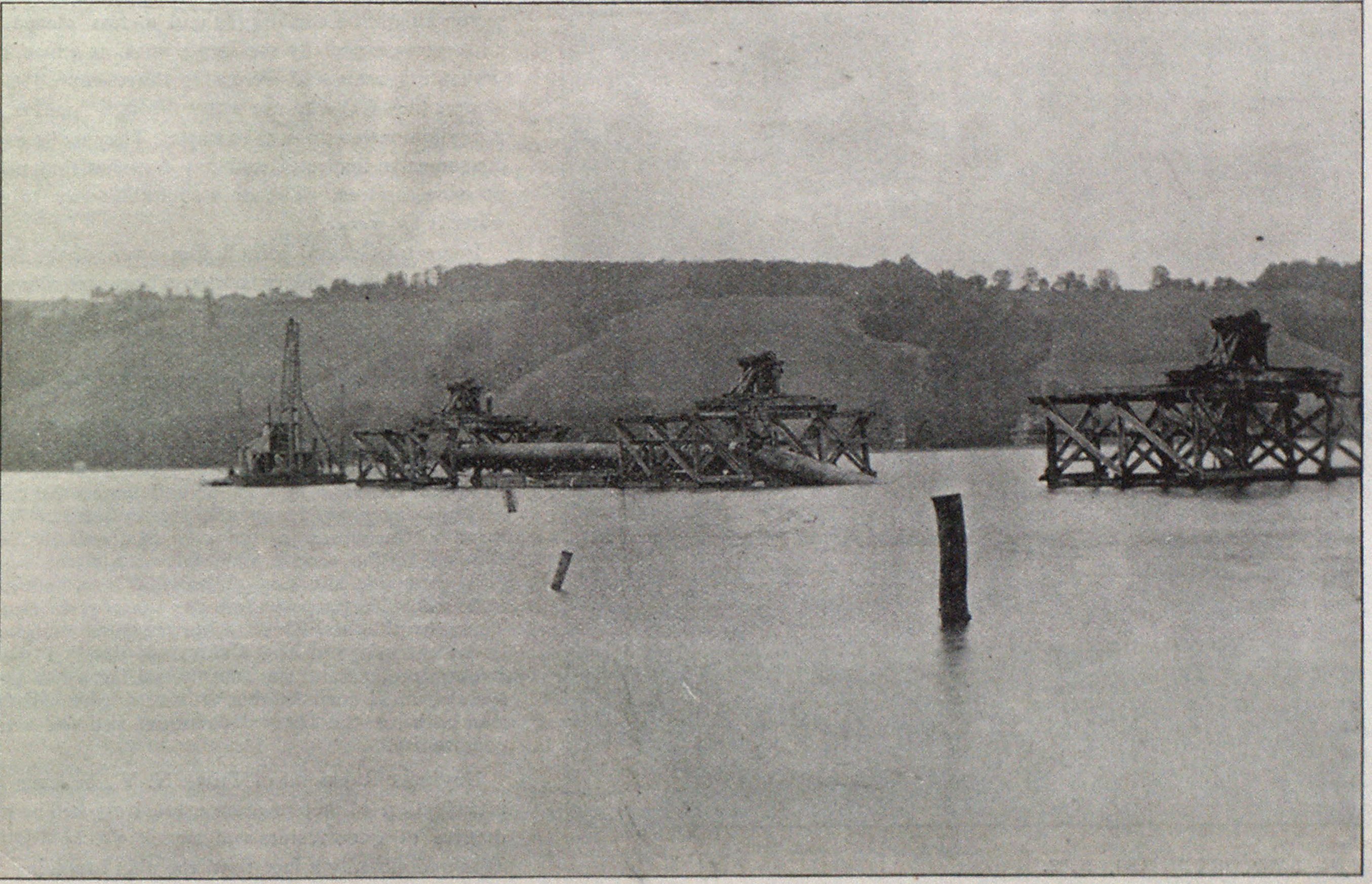 ROCHESTER, N. Y., is agitating for a new source of water supply, and, if Supt. Kuichling has his way, the city will probably soon obtain it. At present the source is Hemlock lake, which is situated in a hilly region about thirty miles south. Its surface lies about 385 feet above the general level of the city, thus allowing the water to be conveyed thereto by gravity. The old conduit, together with the storage reservoir at Rush and the distributing reservoir at Mount Hope, was built during 1873-6. From the lake to a point about ten miles northerly the conduit consists of a thirty-six-inch riveted wrought iron pipe, made of plates 316 inch thick and laid to a hydraulic grade of about 2.5 feet per mile ; but for the remainder of the dis tancetothe city it consists of a twenty-four-inch pipe, mostly of cast iron, laid to a hydraulic grade of about thirteen feet per mile. The present delivering capacity of this conduit is about 6,600,000 gallons per day.

There is also a new steel conduit, which consists essentially of two sections. The first embraces the intake woiks of the lake and a six-foot mason ry conduit of about 2.3 miles long, with a capacity of over 35,000,000 gallons per day, cor responding to the average yield of the combined watersheds of Hemlock and Csnidice lake, while the second section consists of a thirty-inch riveted steel pipe, laid to a continuous hydrarlic grade of about 9.0 feet per mile, from the end of the masonry conduit to Rush and Mount Hope reservoirs—a total distance of 26 2 miles.

The brick conduit is of horse-shoe shaped cross section and about six feet in diameter, on a grade of one in 4.000 from the northeastern corner of the lake to a point of the east bank of the creek, about 12,000 feet northerly, 7,500 feet in tunnel and the remainder in open excavation, with a large and deep gate and screen house built on the shore, from which the intake pipe, five feet in diameter and i,6oo feet long extends into the lake to a point where the water is thirty-five deep. The pipe was laid in a channel dredged to a depth of about nineteen feet below the existing ordinary low water level of the lake until this depth of water was reached, after which it was laid directly on the bottom and terminated in a submerged timber crib resting on the bottom. The route lay along the east side of the narrow outlet valley with steep banks for a distance of about 2.0 miles to Richmond Mills; thence northerly about 3.5 miles across the undulating territory west of lloneyoe creek to a point where the valley again becomes narrow, with high banks; thence, still northerly, a similar distance through the same valley, in which the creek meanders from side to side, the pipe crossing and rccrossing the same nine times to avoid tunneling and location on treacherous banks; thence rising on the east side of the valley to an elevated plateau right on to the east end of the Mount Hope reservoir. The course being so irregular and the change in grade so frequent, the pipe was carefully drawn upon accurate maps and profiles of the route on a large scale and every deviation clearly indicated In manufacturing the pipe changes of direction either in alignment or grade were made by slightly beveling at one end only as many courses as were needed to make the necessary curve or deflection. The conduits cross the West Shore railroad; the two lines being about half a mile apart. Our cuts show a view of the temporary pile platforms in the lake at the intake pipe joints, together with pipe and winches; view of foundation for overflow chamber at end of brick conduit and beginning of pipe; a vertical curve in the same as laid; and invert of the brick conduit mentioned above.