The annual meeting of the association will be held in Montreal, Canada, at the Hotel Windsor, June 24. Five new members of the Executive Committee will be elected to fill the expiring terms of the Columbia Iron Works, Electro Bleaching Gas Company, Hersey Manufacturing Company, Neptune Meter Company and the Water Works Equipment Company. Last year, the Rensselaer Valve Manufacturing Company, the Central Foundry Company, the Mueller Manufacturing Company, the Darling Valve Company and the American City were elected for the three years term, and the other members of the Committee holding over in office are the Ludlow Valve Company, the National Water Main Cleaning Company, the Pittsburgh Meter Company, the Pittsburgh Filter & Engineering Company and the A. P. Smith Manufacturing Company. The association has 98 members of whom 73 were present at the convention last year, held in Buffalo, and it is expected that that number will be greatly exceeded this year. Exhibits were presented by 66 of the members, occupying 3014 square feet of floor space. The objects of the association are stated as follows: (a) The advancement of the interest of its members and of the water works associations. (b) The providing for and having custody of such exhibits of materials as may be made at the conventions. (c) The furnishing and distributing of all badges used at conventions, active, associate or guest. (d) The establishment of friendly co-operation and relations with its members and with the delegates of the water works associations.” John A. Kienle of the Electro Bleaching Gas Company, New York, is secretary of the association. 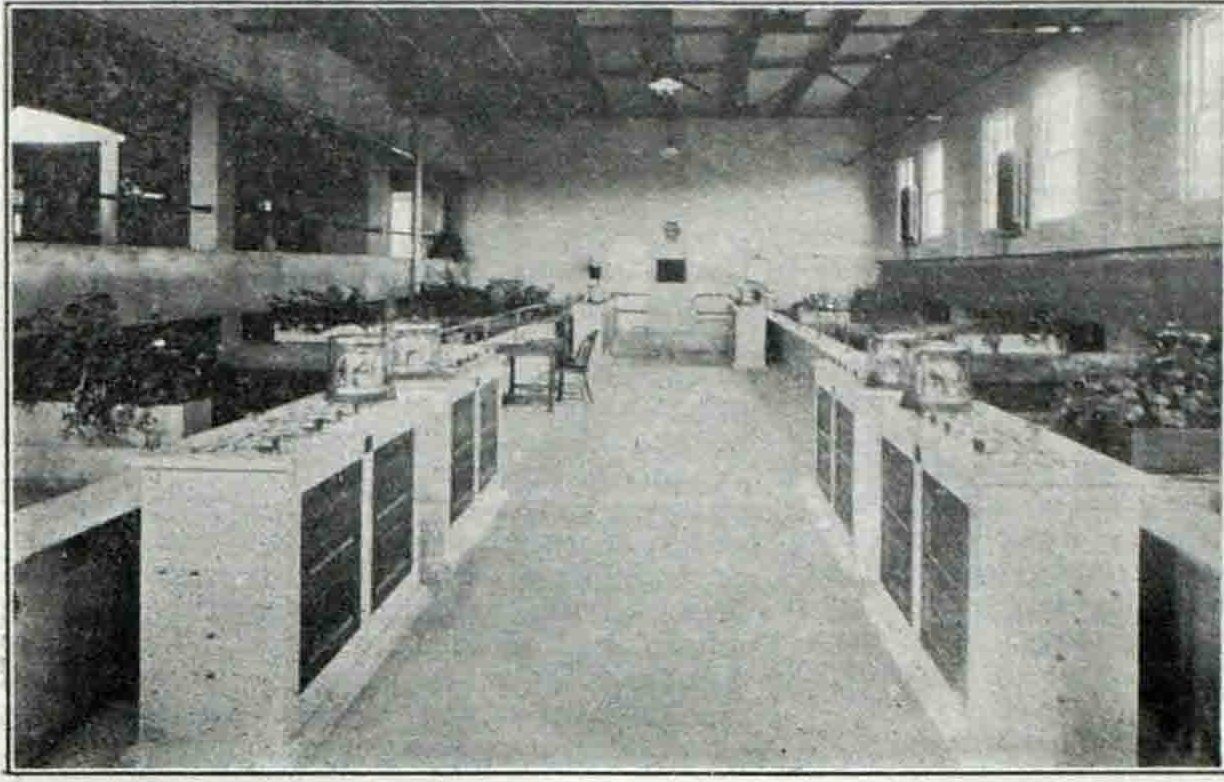 The fifth annual report of this Association shows continued prosperity. The membership having increased by nine and total revenue nearly $500 in 1913. The total receipts were $5,099.74 against $4,656.36 in 1912. The report of the Executive Committee says that at the completion of the fifth year of our organization we were able to report a membership of eighty-two, which is an increase of nine over last year. Sixty of our members were represented at the Minneapolis Convention, a number having extra representatives present, and in all one hundred twenty-three manufacturers’ delegates were registered. The attendance at the convention surpassed all previous meetings, and the number and character of exhibits were far in advance of any convention heretofore. There were fifty-three exhibits, occupying a total space of fourteen hundred forty-eight square feet. This feature of the convention was ably handled by the Exhibit Committee, of which Mr. Fred S. Bates was chairman. The several forms of entertainment provided for the delegates and guests were well attended and, we believe, were enjoyed by all. At the Annual Meeting of the Association, which was held on June 24, 1913, at the West Hotel, twenty-eight members were present. Four of the five members of the Executive Committee whose term expired this year were reelected, and one new member elected, so that the Executive Committee for the year 1914 is as follows:

The by-laws were amended at this meeting. and a revised copy of same was sent with the report. A meeting of the Executive Committee was held following the Annual Meeting, and the officers elected to assume office August 1, 1913, were as follows: Wm. C. Sherwood, President; Hersey Mfg. Co., New York; Oscar B. Mueller, Vice-president, H. Mueller Mfg. Co., Sarnia, Ont.; Robert E. Milligan, Treasurer; The N. Y. Continental Jewell Filtration Co, N. Y.

The report of Robert E. Milligan, Treasurer, shows receipts for the year of $2,820.09 and disbursements of $2,837.00 with a balance on hand of $2,262.05. A supplemental report of the Executive Committee issued January 28th, 1914, says: Supplementing our Annual Report for the fiscal year ending July 31, 1913, it was necessary to hold back this report pending receipt of amounts due from members covering extra representatives and extra exhibit space at the Minneapolis Convention, in order that said amounts could be credited to the proper year, and thereby form a basis of comparison with other years. Since our Annual Meeting we have had two special meetings of the Association, one of which was held during the week of the New England Water Works Association Convention at Philadelphia, and the other at Atlantic City during the Convention of the Pennsylvania Water Works Association. At both meetings amendments to the by-laws were favorably voted on, and at the former meeting the special committee appointed to confer with the Executive Committee of the American Water Works Association reported having received from that Association the usual entertainment and exhibit privileges for the next convention at Philadelphia, in May, 1914. Subsequently we entered into negotiations with the Pennsylvania Water Works Association whereby we were to have exclusive control of the exhibits at their convention to be held at Atlantic City, Oct. 22nd, 23rd, 24th, 1914. The opinion of the Pennsylvania Water Works Association with reference to exhibits is conveyed in a letter from their secretary, Mr. F. S. Purviance, dated November 12, 1913, copy of which has already been sent you. Respectfully submitted, Executive Committee, William C. Sherwood, President; Robert E. Milligan, Treasurer, and Ernest K. Sorenson, Secretary.

TOPICS OF THE DAY