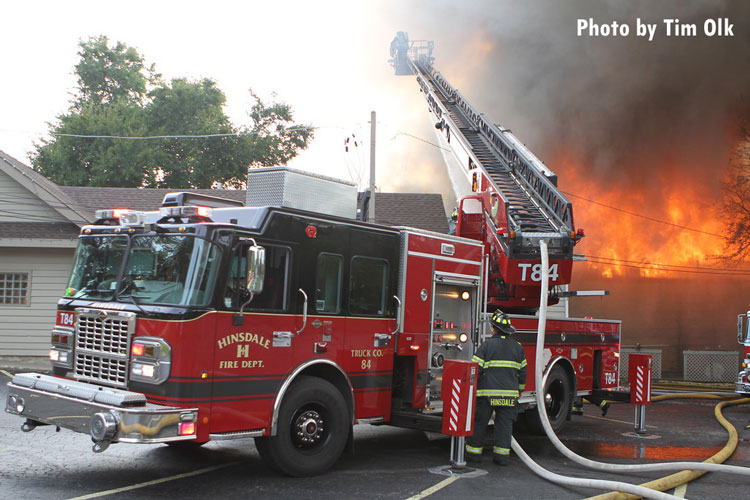 Firefighters responded Friday to a large fire that devastated a historic Illinois banquet hall, and area fire photographer Tim Olk shared some photos from the scene.

The Chicago Tribune reported on the fire at the almost century-old Willowbrook Ballroom, a legendary dance hall and a scene for one of the Chicago area’s most enduring ghost stories. Workers were reportedly on the roof of the building when the fire began.

Within minutes of firefighters’ arrival, the fire broke through the roof of the structure above the main ballroom. Efforts to extinguish the fire were hampered by poor water supply and access issues, and tanker trucks were employed during firefighting operations.