More
Home Leadership Inside a Budget Fight: Working with the Media

In this series, Scott Joerger discusses his and other firefighters’ opinions about and response to the attempt to shut down his engine company.

Positive media attention is what we needed. Some of the local TV news stations were interested in our story; some couldn’t care less. It was hard attracting the attention of the media, and trying to portray our cause in a positive light would prove to be difficult. We have employee conduct rules that do not allow us to address the media in any way that is not respectful to the fire chief, the fire department, and the city. These are tough economic and budgetary times, and some may feel that this reduction is reflective to reductions and layoffs from the private sector. How do we respectfully express that closing the engine company will have an adverse impact on the fire safety and emergency medical services on this already disadvantaged part of the city? Most reporters are interested in short comments that quickly express a point that may (or may not be) your intended point. Because of edited sound bites you hear in a typical interview, the angle the reporter takes can be completely different from what you intended, and since we have rules on conduct for interviews with the media, our short comments have to be positive for our cause, for the fire department, and the city. If our comments are not positive, the chief can order us to stop and shut down our operation. Another thing that was important was to have only one contact responsible for addressing the media. This way, the same message would get out. Volunteers handing out informational flyers were instructed not to talk to reporters. They were given a phone number to contact the unofficial public information officer working our cause.

The first interview came from the newspaper. A reporter and a photographer came to the firehouse. It seemed appropriate to conduct the interview off the property so there would be no confusion that we were not on duty and not acting on behalf of the fire department or city. The day proved to be busy for the engine company and the firefighters on duty. While conducting the interview, they responded to an alarm, which was great for action shots. The photographer caught a picture of the engine backing into quarters; a large banner with the message, “DON’T CLOSE OUR FIREHOUSE” on the building across the street was in the background. It made the front page of the local section. The questions the reporter asked were things like, “What are you all doing here today?” and “How is it going?” I thought I explained our purpose correctly, but that is not how it was reported.

“How is it going?” was a difficult question. Most of the people we reached, from residences and businesses, were very supportive and did not want to see the engine eliminated. Their voice and concerns had to be brought to the attention of the mayor. They needed to get to the neighborhood meeting, which was two weeks away. Most said they would attend and voice their objections. So to answer the reporter’s question, it was “going good,” but time would tell. After working in this neighborhood for years, I knew that most of the people we reached would not show up. For example, in one housing project we hit, we did not find a single resident who spoke or understood English. Spanish would not have been a problem, but the residents here were from Nepal, I think. We handed out 60 flyers there, and I am quite sure none of the residents even knew what 911 was.

We faced many other unique challenges. We planned on distributing 4,000 flyers and handing out 500 a day. It would be “going good” if just 400 citizens from the community showed up to voice their opinion. That would be the goal. I answered the reporter’s question by saying that the neighborhood support was really positive. Unfortunately, the written story portrayed our actions as a protest, which was not what we intended. We were not protesting; we were handing out informational flyers and trying to show the positive impact our engine had on the neighborhood to residents and businesses owners.

Another interview was done with a local TV station. It became very important to get the message right, and to not let the reporter leave without hearing our message. Before the camera started to shoot, I spoke to the camera man and the reporter. I explained to them how I wanted the story to be portrayed positively and that we were not protesting. They did not seem too interested and just wanted to conduct an interview. The reporter asked where there was a good spot to do this. Just across and down the street from the firehouse was a location that really fit the message we wanted to portray. In one single location, the camera could get a three-story multiple dwelling, next door to an occupied single-family house, next door to a burned-out double-family house, next door to a boarded-up, dilapidated house. This location showed the problem with this neighborhood and why we are needed.

To get to the location, we had to cross the street and pass by a barber shop with a couple of young men standing out front. These guys are out there all the time, wearing hooded sweatshirts, keeping their hands in their pockets except to shake hands with some people who walk by and some people who stop for a second in their cars. The police don’t seem to have much of an impact to get them off the corner. They don’t bother us, and walking past them did not seem to be a problem to me. However, it was a problem for the reporter, at first. Before crossing the street, he asked me why I don’t call for police attention here.  I told him that the police know this corner is a problem and that even when they do get them off the streets, within a few days, a new bunch moves in. We crossed the street and walked past them. A young man recognized the reporter and asked what was going on. The reporter filled him in on the news, and the young man said that there was no way they should close this firehouse. The reporter then asked him to do an “on-camera interview,” and the young man declined, saying there was “no way” he could be on TV. He ran off, and the reporter gave me a confident smile and said, “See what effect a little attention has on the drug problem?”

We continued to the location I had in mind. The reporter did a great job of portraying our message based on this location. When he asked me questions, I had one comment that I wanted to get out and made sure to get that into an answer to his questions. Other questions I intentionally did not answer well in the hope that the important comment would make the story and the message would be positive. It did. The comment was, “I know the mayor and the fire chief have tough decisions to make with this budget deficit, but we would like to see the people in this community attend the neighborhood meeting and let the mayor know that cuts to the fire department are unacceptable.” The story was positive and went the way we intended–one experience out of two so far.

SCOTT JOERGER is a 28-year veteran of the fire service and a former volunteer chief of the Pittsford Fire Department. He has worked as a wildland firefighter with the U.S. Forest Service in Oregon. He has an associate degree in fire protection and a bachelor’s degree in management. 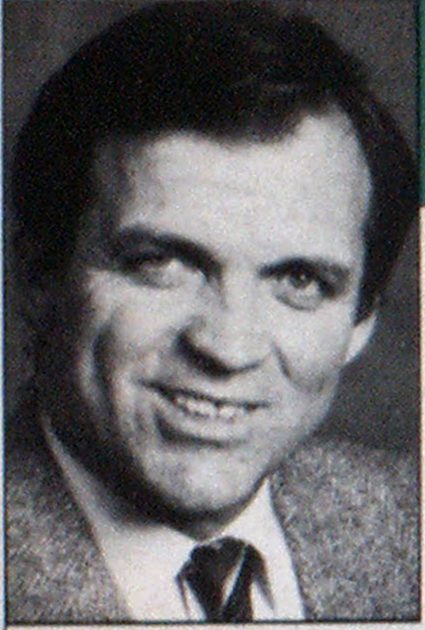 Working With the Media?

We’ve often been told to work more closely with the media, especially the newspapers. “It’s our fault if the facts aren’t right! Get them checklists and photos early so they get the information from the source,” we’ve been instructed.

But what about the media’s responsibility? Do reporters have any goals other than deadlines or a desire to make their byline stand above a sensational story? It’s been my experience that most reporters had the direction of the story already in place and were only seeking corroborative quotes to support the attack. Some even taped questions after they got the statements.

What’s the reason for these remarks? Well, I’ve never seen the press leap onto the backs of the fire service so quickly and so viciously as was done with the recent tragedy in Hackensack, N.J. The Monday morning quarterbacking was in print and the players were still on the field.

1 tried to hint at that last month and thought it would be enough… until the final blow.

The New York City fire officials got themselves two black eyes, a bloodied nose, and one or two broken arms by some really sleazy reporting. They (headquarters) were brought into a room to view a 25minute videotape of the Hackensack fire. The tape was shot from only one side of the fire building by a local citizen. It was sold and resold until it found its way into the hands of two reporters of New York City’s Daily News. One was well-known to the fire department members and kept out of the picture. The second, relatively unknown, lurked about the room gathering candid remarks from fire officers viewing the tape.

At the end he produced a story, already written, to the dumbfounded city officials. What appeared in the front pages of the Sunday paper were quotes from one department severely criticizing the actions of the other. No names, just scurrilous, damning, and lurid words in quotation marks. Journalism at its best.

As a member of that department, I know the highs as well as the lows, the successes as well as the mistakes. 1 was horrified, disgusted, and ashamed. Letters and conversations from other members, some from those in the room that day, all echoed those sentiments I felt.

The dust had not yet cleared and the tears had not stopped flowing. Sensationalism for sensationalism’s sake never had a place in the fire service and never should. The most knowledgeable fire officers that I know were also approached by this dynamic duo and countered, “I don’t know, I wasn’t there.”

Yes, we have a responsibility to our public through our media, but the media also has a responsibility. “We were had. They caught us flatfooted,” were remarks of some after the story was printed. Well, shame on us for being so caught or so fooled.

Reporters do have a responsibility, but it’s up to us to find those who can get at facts with some degree of professional journalism. We don’t need those who actually don’t do anything themselves but stand on the stomachs, faces, and other unmentionable parts of those that do.