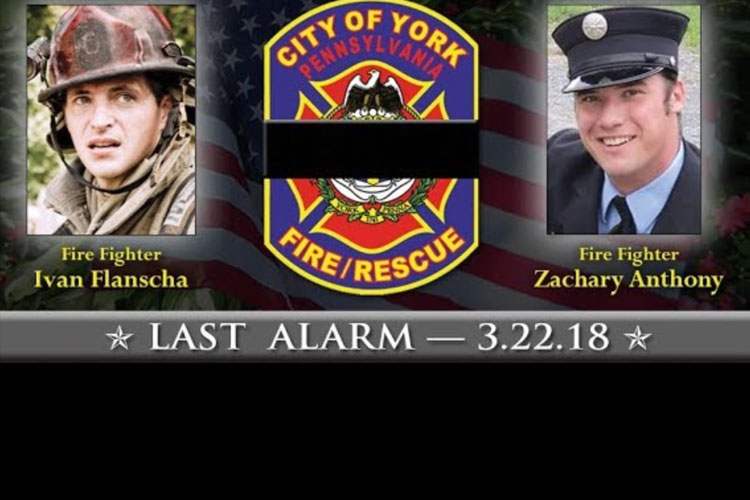 Watch video of the memorial service for fallen York (PA) Firefighters Ivan Flanscha and Zachary Anthony, who were killed in a collapse at a fire scene last week.

According to the U.S. Fire Administration report, Firefighter Zachary Anthony, 29, and Firefighter Ivan Flanscha, 50, were killed from a collapse at the scene of a multi-alarm fire that began the previous day. Fire crews were still on-scene putting out hot spots that were flaring up nearly 24 hours later. Firefighters Flanscha and Anthony were transported to the hospital where they succumbed to their injuries. Two other firefighters injured in the collapse are reported to be in stable condition with non-life threatening injuries.

Prior to the fire, the 150 year old multi-story structure, known as the Weaver Organ and Piano building, was being renovated into apartments. The cause of the fire remains under investigation by authorities.

Hat tip to Bill Carey of FirefighterNation for the video.

The Pumping Engine; its Many Points. Faults and Peculiarities.