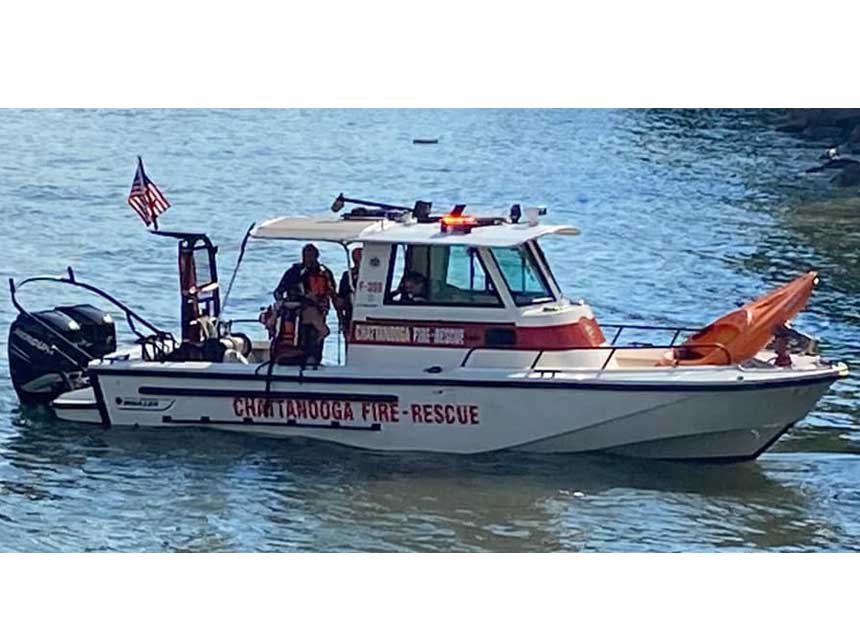 Fireboat 1, Ladder 1, Battalion 1, and Battalion 3 were dispatched to reports of someone yelling for help and possibly in the river.

Crews met with Chattanooga police on 19th Street at the Riverwalk and crews were dispatched to different locations to check the area in an attempt to locate the person who needed assistance.

The Chattanooga Fire Department (CFD) fireboat was assigned to check the eastern shoreline from Main Street south to the Chattanooga Creek and they were able to find the party in the water around 11:25 p.m. using a search light. He was on the north side of the Tennessee River bank, but still in the water. They used a throw rope to retrieve him and brought him aboard the boat.

At Ross’s Landing, the 45-year-old man met with TWRA and HCEMS, but he refused treatment from paramedics. It’s  unclear how he ended up in the water.

CFD units then returned to service.