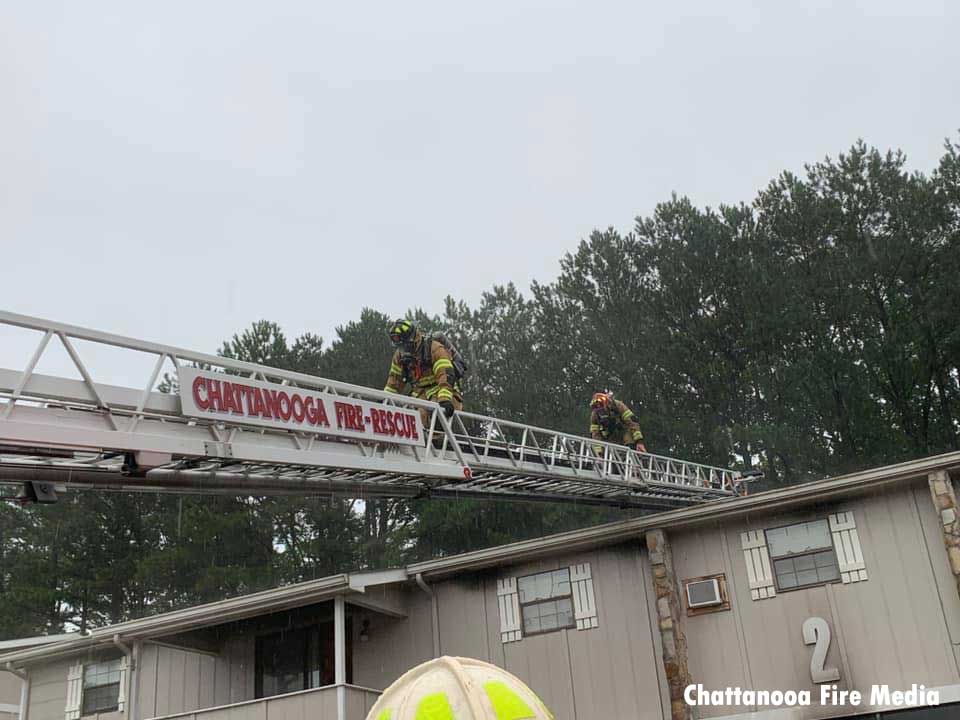 Chattanooga (TN) firefighters and police made multiple rescues from an apartment fire Tuesday.

Multiple people were injured in the fire at around 2:30 p.m. at the Rustic Village North Apartments on Sunflower Lane, according to Chattanooga PIO Lindsey Rogers.

Quint 6 was responding to the scene and reported seeing smoke from Bonny Oaks Drive. When Quint 6 arrived at the apartment complex, smoke and flames were visible from one of the buildings and residents were trapped on balconies.

A second alarm was called to bring additional fire companies to the scene. Responding Chattanooga police officers and firefighters grabbed ladders to rescue five people down from balconies.

Good Samaritans pulled another injured man out of the burning building from the ground floor.

Six people were transported to the hospital. The extent of their injuries and conditions are unknown at this time. Two dogs were also rescued.

Firefighters then started searching the building as there were reports of possible entrapment. They did not find anyone trapped inside.

Firefighters aggressively attacked the fire and performed a vertical ventilation, cutting holes in the roof to let out heat and smoke inside the structure in order to improve firefighting conditions.

Flames were found on both floors of the building and the attic. Crews kept battling the fire.

The fire was deemed under control an hour later at 3:30 p.m.

Update, 11:20 a.m.: Per the department PIO, the cause of the fire on Sunflower Lane is undetermined and remains under investigation. The man who was pulled out of the burning building by citizens was in critical condition at last check. He suffered smoke inhalation. His apartment was where the fire originated. Other residents had minor injuries.