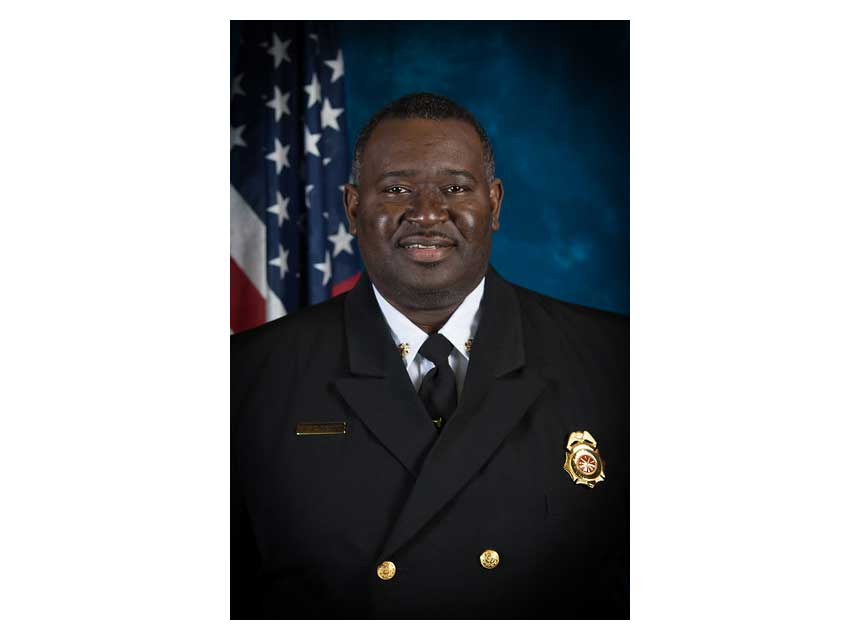 Corey Deon Thornton has been chosen as the new fire chief for the East Point (GA) Fire Department, the City Council announced. The announcement culminates an extensive two-year-search which rendered 13 applicants. A rigorous evaluation process yielded the top three contenders with Chief Thornton identified as the number one pick. Thornton served as the Department’s Interim Fire Chief from May 20, 2019 until being named as the top commander of the fire department.

“Chief Thornton brings a tremendous amount of experience and working knowledge of East Point to the position, and we are confident he will play a key role in moving the Department forward and in helping us attain our mission and goals,” said City Manager Frederick Gardiner.

Chief Thornton is a 25-year veteran of the City of East Point Fire Department, beginning his career as a Firefighter on September 11, 1995. He was promoted to Fire Administration in 2004. In 2005, he expanded his credentials to become mandated as a Georgia Certified Peace Officer upon graduating from the Fulton County Police Academy. It was also in 2005 that he was promoted to the rank of Lieutenant with the East Point Fire Department, and was assigned to the Fire Prevention Division, as a Fire/Arson Investigator. In 2011 he was promoted to Deputy Chief of Technical Services, overseeing five divisions: Fire Prevention, Training, Emergency Medical Services, Internal Affairs and Recruitment.

Chief Thornton was born and raised in East Point, and he is a second-generation firefighter, following in the footsteps of his Father who was an East Point Firefighter back in 1983. Chief Thornton says that his history with both the Department and City adds heightened value to his selection. “I am extremely grateful for this leadership opportunity that has been entrusted to me,” stated Thornton. “To serve as Fire Chief of the Department where I began my career, and my Dad served as a firefighter is the highest honor and pinnacle of my career. The City of East Point Fire Department is an operation made up of highly trained and skilled firefighters, devoted to providing the best Fire and EMS Services available. I am excited to have been selected for this amazing opportunity to not only provide Fire, EMS and emergency services in the very city where I was born and raised, but to strengthen the Department’s community outreach and develop collaborative partnerships.”