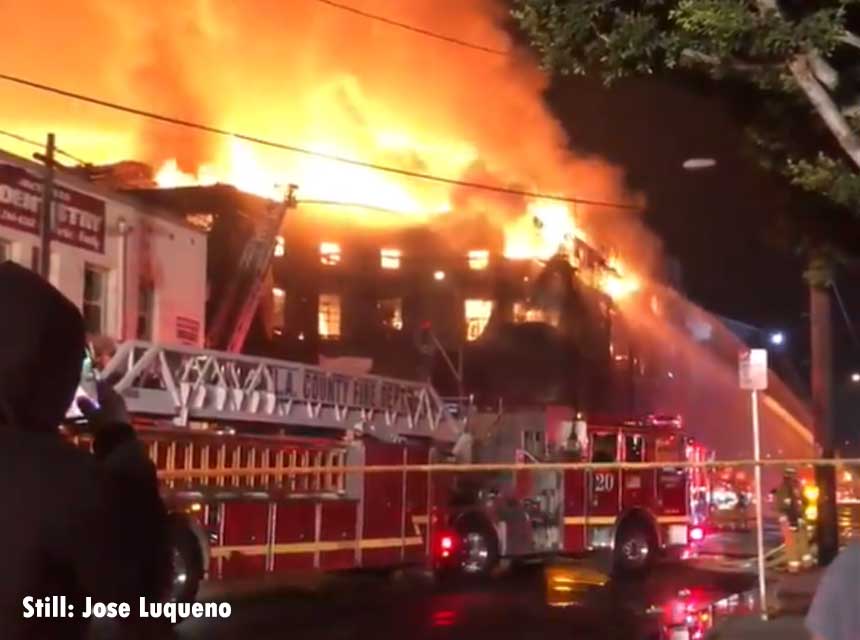 According to the department’s Twitter feed, 150 firefighters responded to the fire in a five-story structure at Rowan Ave. and 1st St. in East Los Angeles, California.

According to CBS Los Angeles, no firefighters were reported injured despite a scaffolding collapse on scene. The housing complex was supposed to house low-income veterans and construction was drawing to a close. The fire is under investigation.