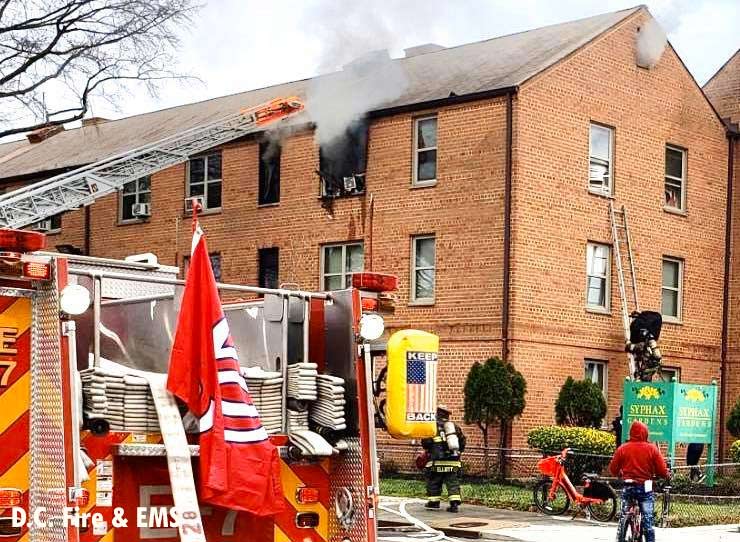 According to the department’s Facebook page, a box alarm was dispatched at 5 p.m. for the report of fire in an occupied, three-story apartment building at 130 P Street SW. The first-arriving unit reported fire showing from the third floor with a report of people trapped, and a Working Fire Dispatch was requested.

A woman trapped in the fire apartment was at a window and pleaded for help. A portable ground ladder was raised to her, and she was brought down to safety. At the same time, search crews entered the burning apartment and found the other occupant, an adult male, inside. Crews carried him from the structure.

The man was transported to an area hospital with critical injuries. The woman was also transported in stable condition.

An interior fire attack was able to extinguish the flames before they spread into the attic space above.

Eleven occupants were displaced. The cause of the fire remains under investigation.

Training Minutes: Forcing Doors That Swing Toward You