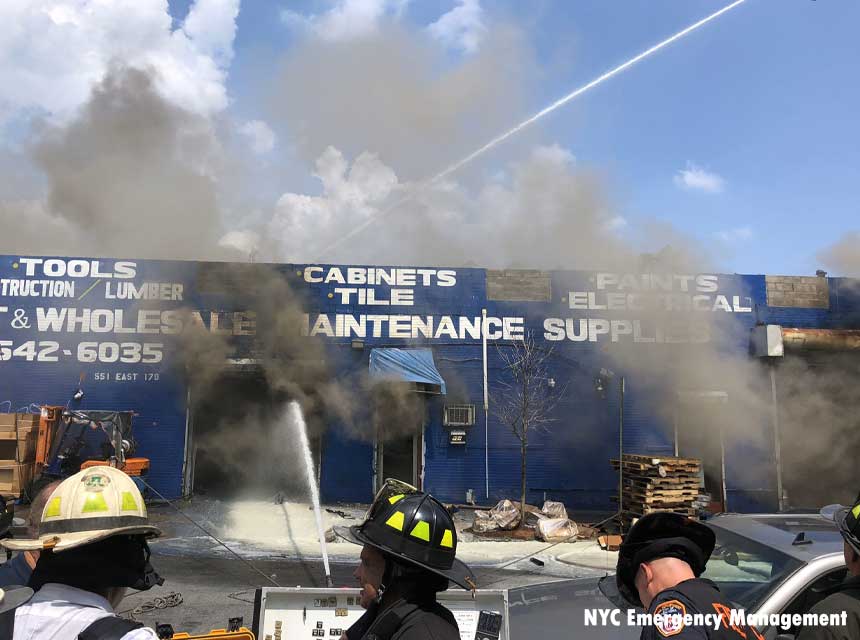 Fire Department of New York (FDNY) crews responded yesterday afternoon to 551 East 179th Street in the Bronx for a fire that went to three alarms.

According to the FDNY’s Twitter account, there were current six nonlife-threatening injuries to firefighters as of Wednesday evening.

Officials told News 12 that FDNY members had to be pulled out of the building because of collapse concerns. There were also reportedly concerns about gas tanks at the site.