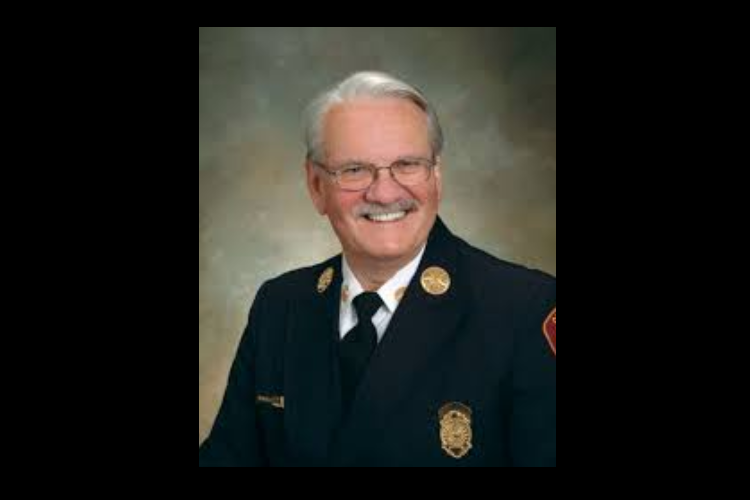 Chief O’Donoghue served 39 years with his department up to the rank of Chief of Operations.

Chief O’Donoghue served 39 years with his department as a Firefighter, Rescue Captain, and up to the rank of Chief of Operations. While serving his department he devoted many years as the firefighter’s steadfast guardian on elevator and escalator safety representing the State of Massachusetts and the IAFF on various national and state code and standard committees.

After September 11, 2001 he took a keen interest with the elevators that affect our work in high-rise buildings. Working with the American Society of Mechanical Engineers (ASME) A17.1-2013/B44-13: Safety Code for Elevators and Escalators Task Group they tackled two major firefighters concern with high-rise elevators. One was an Occupant Evacuation Elevators (OEE) and the latter Fire Service Access Elevators (FSAE). The OEE elevators particularly in tall high-rise building environments will aid in emergency evacuations prior to the arrival of the fire department, while the FSAE elevators will provide “greater protection for firefighters, allowing the elevator to continue to operate safely and ensure firefighters can complete their efforts to rescue people, evacuate people at risk, suppress fires, and prevent major structural damage” (1)

The ASME Firefighter Task Force lead by Chief O’Donoghue and a cadre of firefighters whose input with these OEE and FSAE elevators had the foresight as to what is unfolding now in many large metro areas with super (984 ft./300m) and mega (1,968/600m) high-rise buildings.  Globally, today there are 149 super tall and 3 mega tall structures.

John has also been a national guest speaker on the topic of elevators and escalators and a frequent lecturer at the FDIC conferences. This past conference he was signing his 2nd edition book.  He also regularly published his own fire service elevator newsletter, ‘Firefighters’ Sounding Board’ to keep the fire service up to date with elevator and escalator issues. The ‘Sounding Board’ from the kitchen table gave voice to the firefighters and helped the FF Task Group get their points across to the industry.

Brother John, ‘A Tip of the Helmet’ for the exceptional firefighter work with elevator safety.