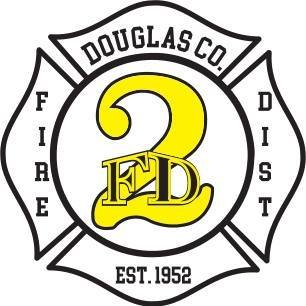 Aug. 12—Four firefighters working the night shift of a wildfire burning in Douglas County were sent to the hospital after the driver of their crew van reportedly fell asleep at the wheel, causing a rollover crash.

At 9:53 a.m. Wednesday, a crew van part of a convoy of wildland firefighters working the Skyline Ridge Complex left the roadway, struck a guardrail for about 70 feet before driving up a hillside and rolling over in the 15000 block of Tiller Trail Highway near Days Creek, according to a release issued by the Douglas County Sheriff’s Office.

The four firefighters inside, part of a 20-person crew working the fire riding in three separate vehicles, were rushed by ambulance to Mercy Medical Center in Roseburg, according to the sheriff’s office. Two other vehicles containing crew members were not involved in the crash.

Kent Romney, a fire information officer at the fire’s base camp near Myrtle Creek, described the firefighters’ injuries as bumps, bruises and bloody noses. He said the firefighters were taken to the hospital as a precaution.

Neither alcohol nor excessive speed were factors in the single vehicle crash, according to the sheriff’s office, and no citations or arrests were made. The preliminary investigation determined that the 38-year-old driver, identified only as a wildland firefighter from Salem, fell asleep while driving the crew back to camp.