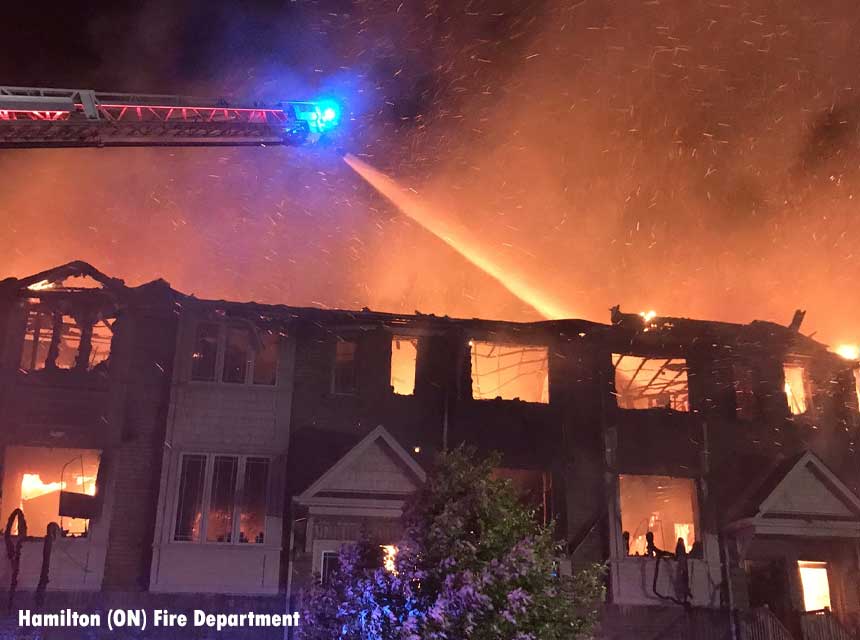 According to Global News, Chief Dave Cunliffe told reporters that there were no injuries from the wind-driven fire.

Cunliffe said the end unit of a block of three town houses was fully engulfed when crews arrived around 3:00 a.m. Winds reportedly caused the fire to spread to a second block that contained eight units.

Fire Walls in Multiple Dwellings and Townhouses of Wood-Frame Construction