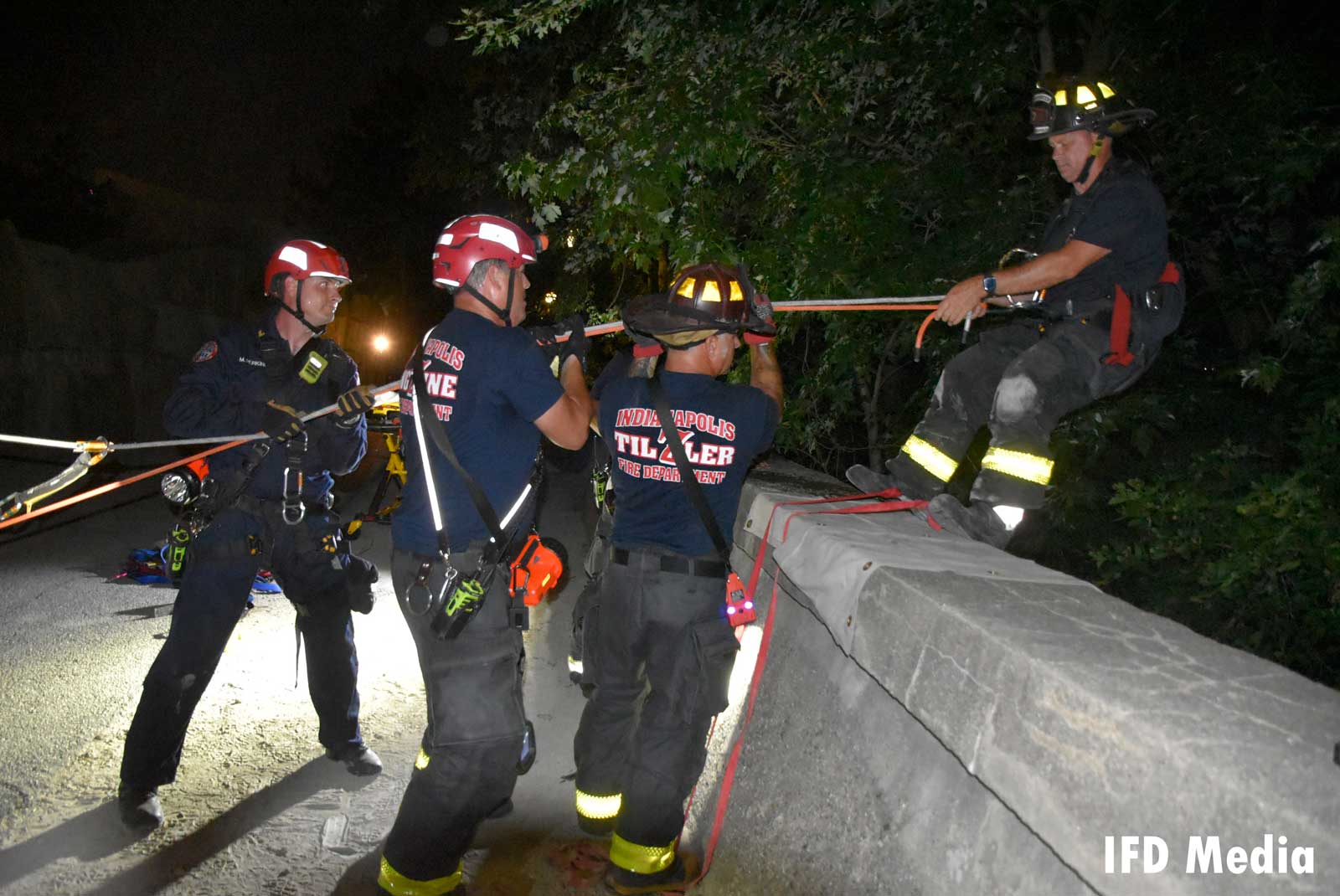 Indianapolis (IN) firefighters rescued a man who had fallen in the Indianapolis Zoo overnight.

The original call came from an injured male at 11:48 p.m., who told dispatch he had fallen from a cliff on Indianapolis Zoo property and didn’t know where he was.  The patient was located and initial contact made  at 00:06 a.m.

The patient was located on the ground in a wooded area after falling off the limestone wall along the walking path that borders the Indianapolis Zoo.  He had fallen approximately 35 feet. He told firefighters that he sat on the wall, fell asleep, and when he woke up he had fallen off the wall. It is unclear why he was on the property or how long he had been there.

Tactical Team 7 established a high-angle rope rescue system, with rescuers going over the wall with a stokes basket. The patient was packaged and secured in the basket, then raised up over the wall by 1:10 a.m.

The patient, a 36-year-old male, was transported in serious condition with serious but non life-threatening injuries.

One Dead, One Critically Injured After IN Apartment Fire