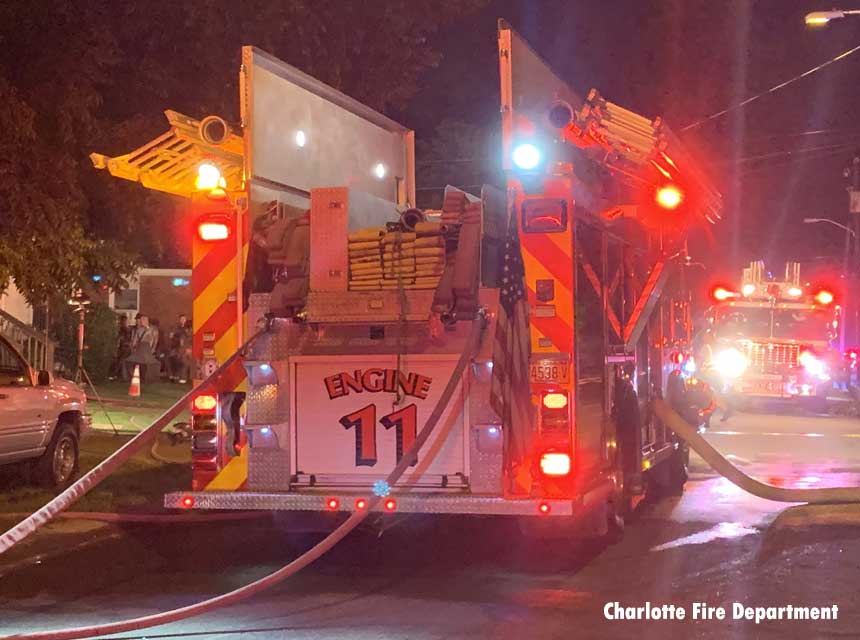 Charlotte (NC) firefighters rescued a man from an early morning house fire Wednesday, however the victim reportedly succumbed to his injuries.

According to WSOCTV.com, the fire occurred around 3:15 a.m. on Edison Street, near North Graham Street and Woodward Avenue. Crews managed to pull the victim from the fire, but the man’s family told reporters that he passed away.

Neighbors described hearing a popping noise prior to the fire, and the home had reportedly had its lost power restored. The report noted the cause to be accidental, and the department’s Twitter account noted the fire was under investigation, with property loss estimated at $119K.

I would like to thank Bill Manning for having the courage...