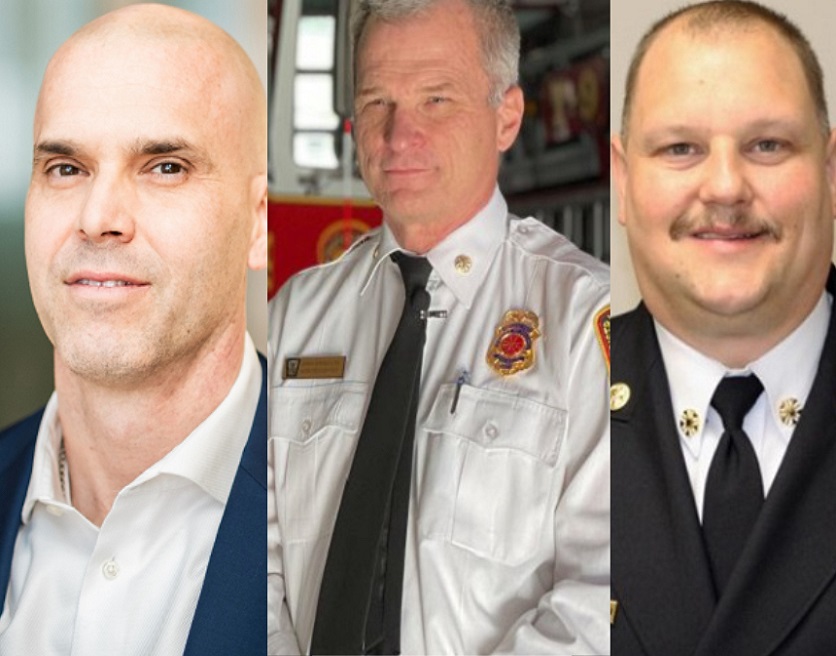 
JOHN A. DONNELLY SR. was confirmed as the new chief of D.C. Fire and Emergency Medical Services (DCFEMS). Prior to the confirmation, Donnelly served as the department’s assistant chief—Professional Development Bureau. Donnelly began his career with DCFEMS in 1992 and worked his way up through multiple positions and divisions. He has also served in the Professional Development Bureau since 2018, leading the Human Resources Division.


JACKIE LINDSEY was named the new chief of the Santa Fe (NM) County Fire Department. She succeeds Erik Litzenberg, who announced his retirement in October. Lindsey led the state’s Department of Homeland Security and Emergency Management for most of 2019 and has served as a captain for Albuquerque (NM) Fire and Rescue. She is also a member of the Federal Emergency Management Agency’s National Advisory Council.


BRANDON BLOUGH was named the new chief of the Springfield (IL) Fire Department (SFD) on November 30. Blough replaces Allen Reyne, who retired. He had been the SFD’s acting chief since Reyne’s departure. Blough is a 21-year SFD veteran, serving in the roles of firefighter, driver-engineer, technical rescue team diver, and captain; his most recent position was deputy division chief of operations. Before joining the SFD, Blough was a legal sergeant with the Illinois Army National Guard.


TRAVIS SOLOMON was named the new chief of the Oak Ridge (TN) Fire Department (ORFD). He was previously the ORFD’s fire marshal and was serving as its interim chief since former chief Darryl Kerley left the ORFD in August. Solomon has served with the ORFD since February 2016. As fire marshal, he oversaw many procedures including inspections, plans review, and fire investigations. Prior to arriving in Oak Ridge, he was a deputy state fire marshal with the Tennessee State Fire Marshal’s Office.


JEFF BUCHANAN was named the new chief of Las Vegas (NV) Fire & Rescue (LVFR). He has been the LVFR’s senior deputy chief since he joined the department in February. Prior to arriving in Las Vegas, Buchanan was a deputy chief for the Clark County (NV) Fire Department (CCFD). Before joining the CCFD, he served 13 years with the city of North Las Vegas as a firefighter and paramedic; a SWAT medic; an EMS, a training, and a fire captain; and an assistant and acting chief.

THE WATERWORKS OF WINCHESTER