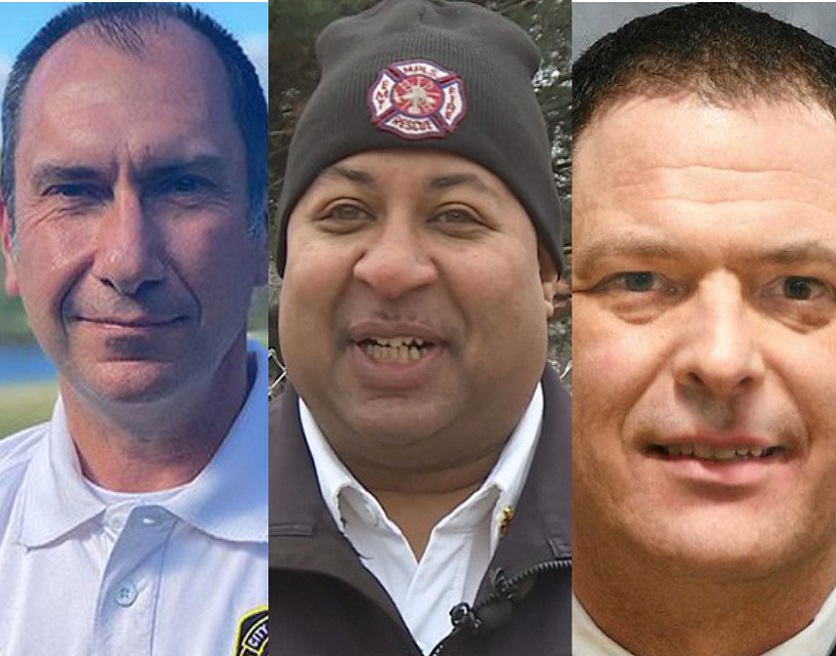 
BRYAN TYNER was selected to be the new chief of the Minneapolis (MN) Fire Department (MFD). Tyner has held several leadership positions in the MFD since joining the department in 1995 including battalion chief and captain. Since 2015, he has acted as the MFD’s chief of administration. Tyner will be the second Black chief in the department’s history. He replaces previous MFD chief John Fruental, who is retiring after serving in the department for more than 40 years.


JASON WELLS will take over as the new chief of the Lexington (KY) Fire Department on January 4, 2021. Wells was previously the LFD’s assistant chief of administration. He is a 25-year LFD veteran and will replace the city’s first female fire chief, Kristin Chilton, who is retiring. Wells has held various positions in the LFD including assistant chief of prevention and preparedness. His father, Jim Wells, was also a Lexington firefighter.


MIKE NIXON took over as the new chief of the Goose Creek (SC) Fire Department (GCFD) on November 30. He was previously serving as deputy chief of the Portland (ME) Fire Department, where he was a 25-year member. Nixon replaces former GCFD chief Steve Chapman, who retired in April after serving its chief since 1998. As a teenager, Nixon joined the local volunteer fire department in South Portland, Maine. He then went on to earn a degree in fire science from Southern Maine Community College.


GABRIEL BENMOUSSA was named the new chief of the Milton (GA) Fire-Rescue Department (MFRD). Benmoussa previously served as the deputy chief of the Salem (OR) Fire Department. He replaces Robert Edgar, who retired as MFRD chief in November after a 44-year fire service career. Benmoussa began his career with DeKalb County (GA) Fire Rescue in 2000. He also worked as a deputy chief with the Pullman (WA) Fire Department. Benmoussa also teaches courses on terrorism and leadership at Central Washington University


MARK POLZIN was named the new chief of the New Berlin (WI) Fire Department on November 17. Polzin is a 26-year veteran of the Racine (WI) Fire Department (RFD) who began his fire service career in 1992 with the Pleasant Prairie (WI) Fire and Rescue Department’s live-in program. In 1994, he was hired by the RFD, where he most recently held the position of division chief of fire prevention. Polzin is a graduate of the National Fire Academy Executive Fire Officer Program and has a bachelor’s degree in fire science management from Southern Illinois University.

‘Worse Than Any Explosion I Witnessed in Vietnam’: The 1993 World Trade Center Bombing