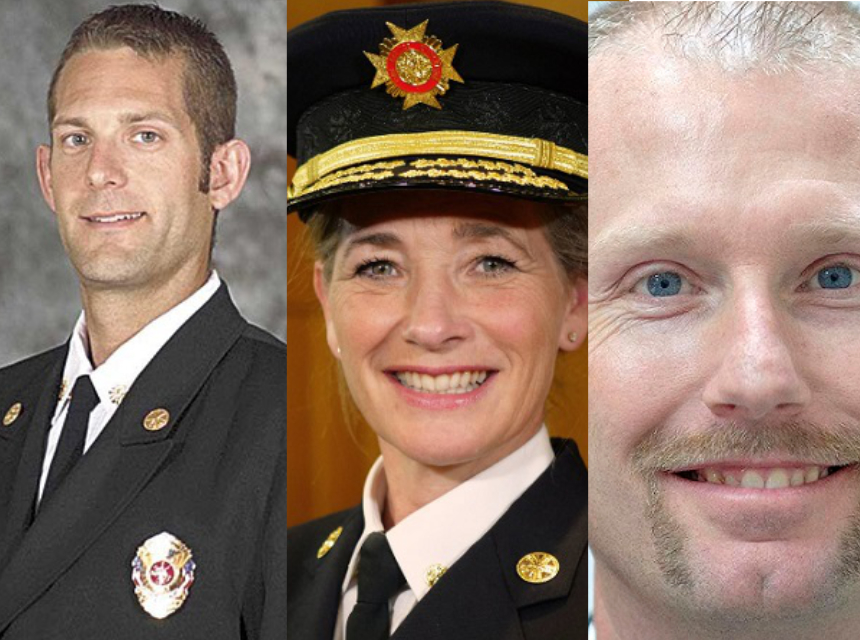 
JIM COMPTON JR. was named the new chief of the Hugo (OR) Fire Department (HFD). He is currently the HFD’s deputy chief and will step into the chief’s role at the end of 2020, when current chief Kevin Colvard retires. Compton Jr. is a Hugo native who has been with the HFD since 2001; the past seven of those years as deputy chief. He will become a second-generation HFD chief. His father, Jim Compton Sr., was a 35-year HFD member, with 10 of those years as its chief.


KAREN FRY was selected as the new chief of the Vancouver [British Columbia (BC), Canada] Fire and Rescue Services (VFRS). Fry will replace current VFRS chief Darrell Reid, who will leave the department to take another position. Fry has been the chief and public-safety director for City of Nanaimo (BC, Canada) since 2017 and previously served as a duty chief with the Surrey (BC, Canada) Fire Service. Fry is a vice president of the BC Fire Chief’s Association and a member of the Canadian Fire Chiefs. She will assume her new role on January 4, 2021.


EDDIE BOWLING was hired to be the new chief of the Thomasville (NC) Fire Department (TFD). He will take over the job from current TFD chief Martin Scott Dailey, who will retire on December 31. Bowling is the current TFD assistant chief and has 18 years of service with the TFD, where he has also managed the operations division, emergency management division, rescue, medical, and safety programs within the fire department. Bowling also serves as the chairperson for Davidson County’s Local Emergency Planning Committee.


PETE O’CONNOR was appointed as the new chief of the Beverly (MA) Fire Department (BFD), where he was previously the BFD’s deputy chief. He succeeds previous chief Paul Cotter, who is retiring. O’Connor is a Beverly native who joined the BFD in 1998 after serving for three years in the Air Force repairing weapons systems. With the BFD, O’Connor has been a training officer, safety officer, public information officer, public safety educator, and dive team member. His expected start date is December 12.


JIM DON LAURENT was named the new chief of the Graham (TX) Fire Department (GFD) on November 19. He replaces previous chief Jerry David, who passed away on September 5 after leading the GFD for the past five years. Laurent was previously the GFD’s assistant chief.