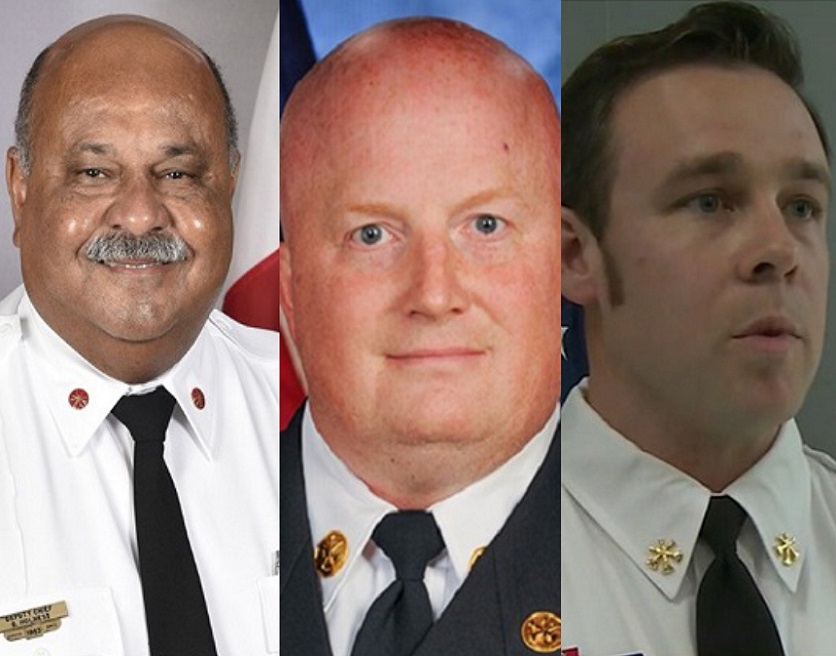 
SHAWN WANNER was selected as the new chief of the Charleston (WV) Fire Department (CFD). He takes over the position from previous chief Jeff Jackson, who retired. Wanner is a 24-year CFD veteran who was previously the department’s assistant chief. CFD Assistant Chief Chad Jones was also promoted to the position of CFD administrative chief.


DAVID COLLIER will be sworn in as the new chief of the Panama City (FL) Fire Department (PCFD) on Tuesday, November 10. He takes over the position from previous chief Alex Baird, who resigned in August. Collier is a 13-year PCFD veteran, rising through the ranks from entry-level firefighter in 2007 to eventually becoming PCFD’s battalion chief. He has a master’s degree in public administration and a bachelor’s degree in fire science and served in the Air Force for six years as a munitions systems journeyman.


GREGORY HOLNESS was selected as the first-ever Caribbean-American chief for Broward (FL) Sheriff Fire Rescue (BSFR). He will replace previous chief Joseph Fernandez, who retired earlier this year. Holness began his career in 1983 as a paramedic with Broward County EMS, which later merged with the fire department. He rose through the ranks, serving as a captain, an acting battalion chief, and most recently as deputy chief of administration.


JOHN TOWNSEND was appointed as the new chief of the Hastings (MN) Fire Department (HFD) after serving the previous 14 months as the department’s acting chief. A 20-year HFD veteran, Townsend takes over the position from previous chief Mike Schutt, who resigned in August 2019. He began his career with the HFD as a paid-on-call firefighter and EMT. In 2005, he became a full-time paramedic and firefighter in Burnsville, Minnesota. In 2007, he was hired by the HFD as an assistant chief and fire marshal.