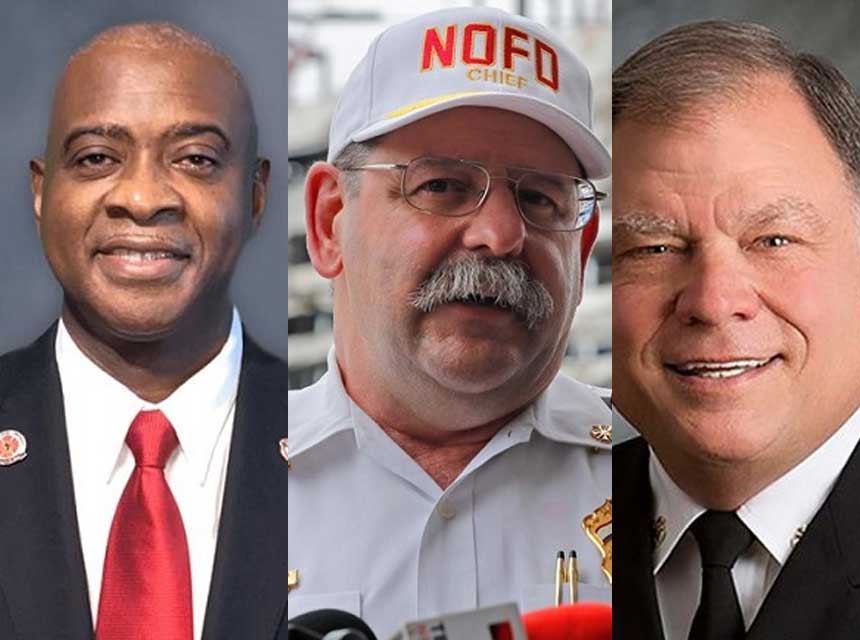 
TIM MCCONNELL retired as the chief of the New Orleans (LA) Fire Department (NOFD) after spending 36 years with the department. During his tenure as chief, he was lauded for several recent city disaster responses including the Hard Rock Café collapse that killed three and leading the restoration of 20 of the 23 firehouses damaged by floodwaters after Hurricane Katrina and the federal levee failures. McConnell was named the city’s 11th fire superintendent in 2013. He has been replaced by new interim chief Roman Nelson.


HEZEDEAN A. SMITH was hired as the new chief of the Charlottesville (VA) Fire Department. He will assume the job on December 1. Smith was previously the assistant chief of the Orlando (FL) Fire Department (OFD). A Jamaican immigrant from Lucea, Jamaica, Smith is a 32-plus-year veteran of emergency services and public safety. With the OFD, Smith was responsible for EMS operations, budget oversight, and grants as well as fire department information and technology.


RUSSELL WILSON was hired as the new chief of the Mesquite (TX) Fire Department and will assume the role on November 1. Wilson replaces previous chief Mark Kerby, who left the post for a different role in the city. Wilson is currently the chief of the Katy (TX) Fire Department. Wilson was named Texas Fire Chief of the Year by the Texas Fire Chiefs Association in 2017 and was appointed to the Texas Commission on Fire Protection by Governor Greg Abbott in 2019.


CHAD HOLLINGER was named the new chief of the Sidney (OH) Fire & Emergency (SFES). Previously the SFES’s deputy chief, he will serve as acting chief until the official retirement of current SFES chief Brad Jones on November 10. Hollinger began his career with the SFES in 2003; he has also volunteered with the Arcanum and Pitsburg, Ohio, Fire Departments; worked part-time for the city of Englewood, Ohio; and was full-time for the city of Monroe, Ohio. Hollinger is a past president and vice president of Sidney Professional Firefighters IAFF Local 912.


JEREMY JONES was appointed as the new chief for Great Falls (MT) Fire Rescue (GFFR). Jones has been a firefighter in Great Falls since 1998. He replaces previous GFFR chief Steve Hester, who retired in May after 16 years with the department; Jones has served as interim chief since that time. Before being named GFFR’s assistant chief of operations in February 2018, he rose through the ranks from firefighter first class to captain to battalion chief. He is a graduate of the National Fire Academy and a registered EMT.