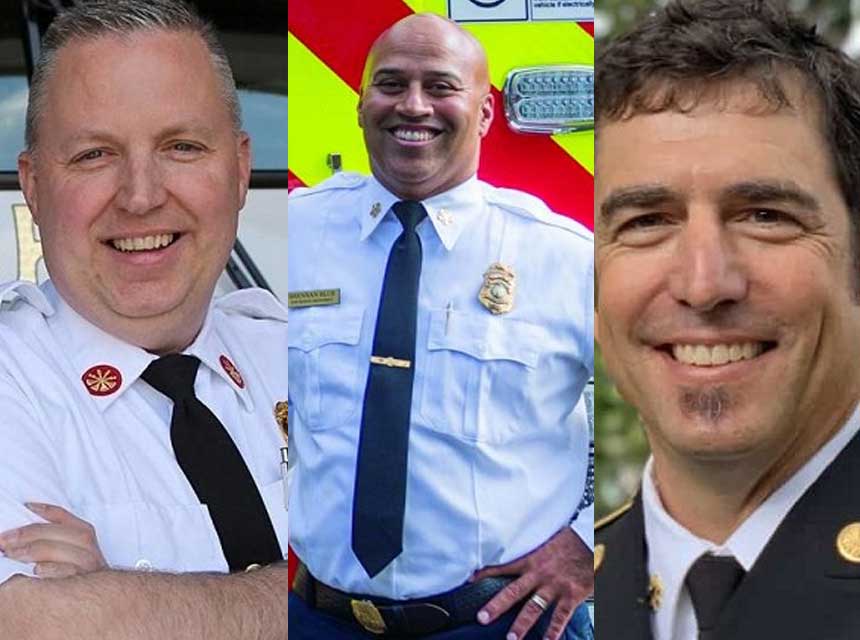 
BRENNAN BLUE was named as the new chief of the Vancouver (WA) Fire Department (VFD). Blue will take over the position on September 24 from outgoing VFD chief Joe Molina, who is retiring after a 28-year fire service career. Blue is a 32-year fire service veteran, which includes 13 years as a chief officer. He served for more than 25 years in Southern California’s Riverside and San Diego counties and, most recently, was the chief for CAL FIRE’s San Benito-Monterey Unit.


CHUCK CERASOLI was named as the new chief of Steamboat Springs (CO) Fire Rescue (SSFR). Cerasoli has served as interim chief since 2019 following the retirement of previous chief Mel Stewart. He joined SSFR in 2000 as a firefighter/paramedic. In 2008, he was promoted to lieutenant/paramedic. He was then promoted to training captain, and then deputy chief. Cerasoli also serves as acting vice chair for the Routt County Wildfire Mitigation Council and the Routt County EMS Council.


ROBERT AMERAULT was hired as the new fire chief of the Danvers (MA) Fire Department (DFD), effective August 31. Amerault had been serving as acting chief since April, following the retirement of previous DFD chief Robert Pyburn. Amerault joined the DFD in 1992 and was promoted to lieutenant in 2008, to captain in March 2013, and to deputy chief in 2016.


JERROD VANLANDINGHAM was selected as the new chief of the Redding (CO) Fire Department (RFD). He is a 25-year veteran of and an eight-year chief with the Longmont (CO) Fire Department. He attended the fire academy at Shasta College and has also worked for North Valley Ambulance. Vanlandingham will assume the post on October 5 from previous RFD chief Cullen Kreider, who announced his resignation in June.


BILL WEISER was appointed as the new chief of CAL FIRE’s Riverside County unit. Weiser is a 39-year fire service veteran, including 34 years in Riverside County. Weiser was the training captain at Ben Clark Training Center as well as the battalion chief for the Perris Battalion. Most recently, he was the division chief overseeing operations in Bautista Camp, Hemet Ryan Air Base, the San Jacinto and Mountain Battalions, and the hazardous materials emergency response program.