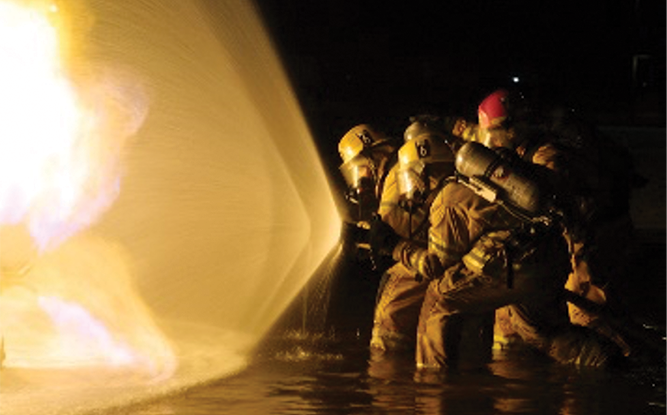 Researchers from the University of East Anglia (UEA), United Kingdom, were instrumental in implementing a comprehensive survey that revealed the presence of viruses within different types of cancer. An international team systematically investigated the DNA found within more than 2,600 tumor samples from patients with 38 types of cancer. Traces of viruses were found in 13 percent of the samples studied. The researchers also identified some of the mechanisms used by viruses to trigger carcinogenic mutations.

Dr. Daniel Brewer, from UEA’s Norwich Medical School and a visiting worker at the Earlham Institute (EI), considers this research to be significant. “This is the first time that a systematic study of the majority of cancer types for viruses has been made,” he explains. “It is important because finding new links between infection and cancer types has the potential to provide vaccines, such as the HPV vaccine, which could reduce the global impact of cancer.”

“The issue of which viruses are linked to cancer is highly relevant in medicine because in virus-related cancers, real prevention is possible,” notes Dr. Marc Zapatka from the German Cancer Research Center (DKFZ). “If a carcinogenic virus is identified, there is a chance of avoiding infection with a vaccine to prevent cancer [from] developing.”

The DKFZ led the research. It is part of the Pan-Cancer Analysis of Whole Genomes (PCAWG), a consortium of more than 1,300 researchers who have teamed up to establish which genetic mutations or patterns of DNA mutations play a role in several types of tumors. The initiative was launched by the International Cancer Genome Consortium (ICGC).

Prof. Peter Lichter from DKFZ says: “In many cases, we now have a clearer idea of how the pathogens cause malignant mutations in cells.”

The research findings are reported in “The landscape of viral associations in human cancers,” Nature Genetics, February 5, 2020. Additional information may be obtained by e-mailing communications@uea.ac.uk. The paper is available via the following DropBox link: https://www.dropbox.com/sh/yxmoh76pysc1w3v/AADZdevtITEG1B5OmIpflSPOa?dl=0/.

Researchers from the University of Arizona (UA) Mel and Enid Zuckerman College of Public Health received a Federal Emergency Management Agency (FEMA) Assistance to Firefighter $1.5 million grant to lead a study of occupational exposures to per- and poly-fluoroalkyl substances (PFAS) among firefighters.

UA’s lead researcher Jeffrey Burgess, MD, MS, MPH, associate dean of research and professor, explains: “Firefighters need more information to develop best-practice recommendations to reduce their exposure to PFAS and prevent the associated toxic effects.” Firefighters’ blood and urine will be tested to determine the levels of old and new PFAS that have been absorbed in their bodies.

Dr. Burgess will work with researchers from the University of Miami and the National Institute for Occupational Safety and Health (NIOSH). The research will build on an existing joint research project, the Fire Fighter Cancer Cohort Study (FFCCS), which was also funded by FEMA.

Among the objectives of the study will be to identify the most important PFAS exposure routes and compare the practices for limiting exposure in different airport fire departments where firefighting foam is used.

In addition to PFAS, firefighters are exposed to a large number of hazardous chemicals on the job. Dr. Burgess’ collaboration with the Tucson (AZ) Fire Department over the past five years has resulted in changes that have made a big difference based on the results of his previous research (https://bit.ly/2uYb6z7).

“Because PFAS is part of firefighter personal protective equipment and part of firefighting foam—both of which are used to fight fires—understanding how different sources contribute to firefighters’ PFAS exposure and how such exposure may impact firefighters’ risk of cancer or other health outcomes is crucial,” says FFCCS co-leader of the Exposure Assessment Core Team Miriam Calkins, PhD, MS, research industrial hygienist, NIOSH, Centers for Disease Control and Prevention.

The National Highway Traffic Safety Administration (NHTSA) has released the results of “The 2016 Motor Vehicle Occupant Safety Survey: 911 Systems” (https://rosap.ntl.bts.gov/view/dot/43787). More than 5,000 people across the country responded to the survey, according to NHTSA.

More than 90 percent of respondents said they expect to receive prearrival instructions from 911 operators while waiting for an ambulance, nearly 70 percent indicated they would be willing to pay more for expanded 911 services, and more than half did not know if a 911 call center could identify a caller’s location if the caller did not reveal it.

The National Institute of Standards and Technology (NIST) has released a new supply of a specially designed cigarette used as an ignition source for measuring the flammability of soft furnishings such as mattresses and upholstered furniture. NIST explains that although the number of smokers in the United States has decreased over the years, fires started by smoking materials such as cigarettes and pipes still remain the leading cause of fire deaths in homes.

Regulatory and testing standards require that soft furnishings be able to resist ignition from a lit cigarette. The cigarette used in these tests has long been NIST’s Standard Cigarette for Ignition Resistance Testing, known as Standard Reference Material (SRM) 1196, originally released in 2010. “SRM 1196 is the stable and reliable ignition source that is needed for us to be confident in these tests and in designing products to meet fire safety requirements year after year,” explains NIST researcher Rick Davis.

The supply was expected to last more than a decade but lasted for only eight years. NIST attributes this fact to the increased adoption of fire regulations and testing standards that require or recommend SRM 1196 by organizations such as the American Society for Testing and Materials (ASTM), National Fire Protection Association (NFPA), California Bureau of Household Goods and Services, and Consumer Product Safety Commission (CPSC).

The standard ignition cigarette is a replica of its predecessor but is named SRM 1196a.

The revised requirements in the most recent revision of NFPA 1851 are intended to reduce health and safety risks associated with soiling and contamination of firefighter gear and personal protective equipment (PPE). Certification to this national regulatory standard indicates that cleaning facilities can remove semi-volatiles, metals, and biologicals from structural firefighting gear to the latest industry requirements.

Jason Allen, technical lead at Intertek, explains that its PPE testing services include verification of NFPA 1851 ISPs, ensuring they can repair and restore textiles and protective clothing to their original integrity. Intertek’s TQA solutions, he notes, ensures the PPE will provide sustained protection even under the most stressful or hazardous conditions. The full press release is at https://bwnews.pr/2V7mJOO.

Firefighter of the Year Award to Ocala, FL, fire marshal