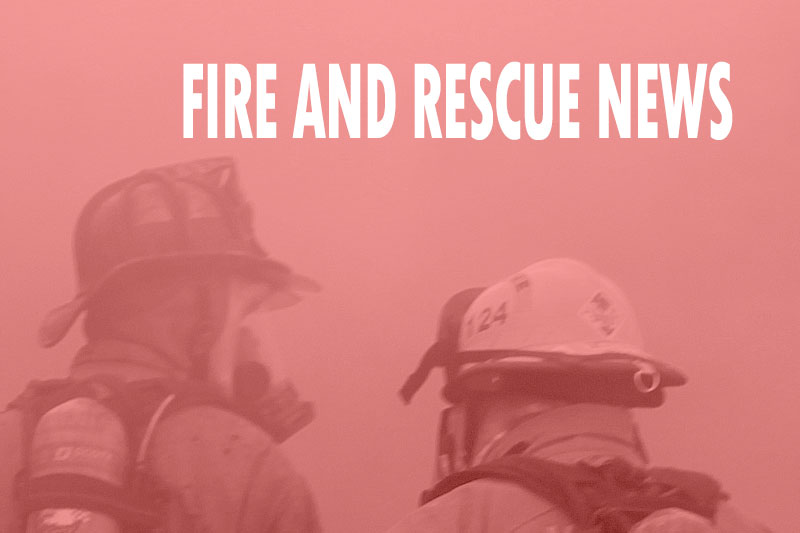 Responders who worked at the World Trade Center (WTC) site after the attacks on September 11, 2001, have an increased overall cancer incidence compared to the general population, particularly in thyroid cancer; prostate cancer; and, for the first time ever reported, leukemia, according to Marlene Naanes, assistant media director, Mount Sinai Health System (MHS), whose study was published in JNCI Cancer Spectrum in January 2020.

This study examined cancer incidence in responders including law enforcement, construction, and telecommunications workers and found an increased overall cancer incidence, with the greatest elevation in thyroid cancer. According to the MHS, this is the first time an increase in leukemia was revealed.

Leukemia, the FHS release explains, “is known to occur after exposure to occupational carcinogens, including benzene fuel and other sources that existed at the World Trade Center site, in some cases at low levels of exposure and with a latency of several years from exposure.”

According to the researchers, neither the length of time that first responders and recovery workers worked on the WTC site nor the intensity of their exposure had an effect on the development of the elevated cancers. They did, however, find that some risk factors—such as responders’ age on September 11, their gender, and whether they were smokers at the time—were associated with increased cancer risk.

“This study showed increased incidence of several cancer types compared to previously conducted studies with shorter follow-up periods,” said Susan Teitelbaum, PhD, professor of environmental medicine and public health at the Icahn School of Medicine at Mount Sinai and one of the lead authors. “Because of the long latency period of many types of cancer, it is possible that increased rates of other cancers, as well as World Trade Center exposure health issues, may emerge after longer periods of study.”

Researchers studied post-September 11 cancer incidence among 28,729 rescue and recovery workers through cancer registry data from New York, New Jersey, Connecticut, Pennsylvania, Florida, and North Carolina from 2002 through 2013. Although the incidence of certain cancers, such as lung, was not elevated in this study’s findings, researchers believe that may be because these cancers develop over long time periods.

The six-alarm fire that destroyed four buildings, including two apartment buildings under construction, in Bound Brook, New Jersey, in January once again has highlighted the need for stronger building codes and noncombustible mid-rise construction, according to Build with Strength, a coalition of the National Ready Mixed Concrete Association. The coalition includes community organizations, fire safety professionals, engineers, architects, and industry experts. The group is advocating legislation to address the problem.

Such legislation was introduced during the 2018-2019 legislative session by Assemblyman Wayne DeAngelo and Senate President Steve Sweeney; similar legislation is expected to be introduced in the 2020 Legislative Session, according to Build with Strength.

Dominick Marino, president of the Professional Firefighters Association of New Jersey, notes: “While a firefighter’s job is inherently dangerous, we must strive to enact policies with safety and well-being of the firefighters in mind. Their commitment to the common good and communities across our state deserves more attention. It is far too often that I am alerted of a catastrophic fire involving lightweight construction. Although the progress on legislation in the last legislative session has been positive, it did not get to the governor’s desk. It is time to put an end to this dangerous practice before there is a loss of life.”

The type of fire that occurred in Bound Brook has been occurring more regularly as the construction of mid-rise apartment buildings using wood construction has increased; the fires commonly occur while the projects are under construction.

Build with Strength works with communities, lawmakers, and industry employees to advocate for safer, sustainable building materials and to strengthen local and national building codes. Additional information on the coalition is at www.buildwithstrength.com.

The Centers for Disease Control and Prevention (CDC) is closely monitoring the outbreak of respiratory illness caused by a novel (new) coronavirus (2019-nCoV) first identified in Wuhan, Hubei Province, China. Thousands of cases of the respiratory illness have been confirmed in China.

As of February 3, there were 260 people under investigation (PUI) in the United States since January 21, 2020. Eleven were confirmed as positive for the virus; 167 were found to be negative, and the testing results of 11 were not yet completed. The PUI were from 36 states.

Mike McEvoy, JEMS executive editor, EMS Today education director, and Fire Engineering EMS editor, reports: “Based on the last several conference calls with the CDC and the folks from the NBIC (National Biosurveillance Integration Center), there is an expectation that inaccurate and misleading information on the 2019-nCoV will markedly proliferate over the upcoming weeks, largely through the Internet and social media.”

He warns against “overreacting to the outbreak and instituting protective measures far in excess of those recommended,” which, he says, “is completely unhelpful, potentially detrimental, and fuels public anxiety.” McEvoy provides a link to a site assembled by ESRI in concert with the World Health Organization: https://gisanddata.maps.arcgis.com/apps/opsdashboard/index.html#/bda7594740fd40299423467b48e9ecf6.

January 11. Lieutenant David Eric Hill, 39, Lubbock (TX) Fire & Rescue: injuries sustained when hit by a vehicle while at the scene of a motor vehicle crash.