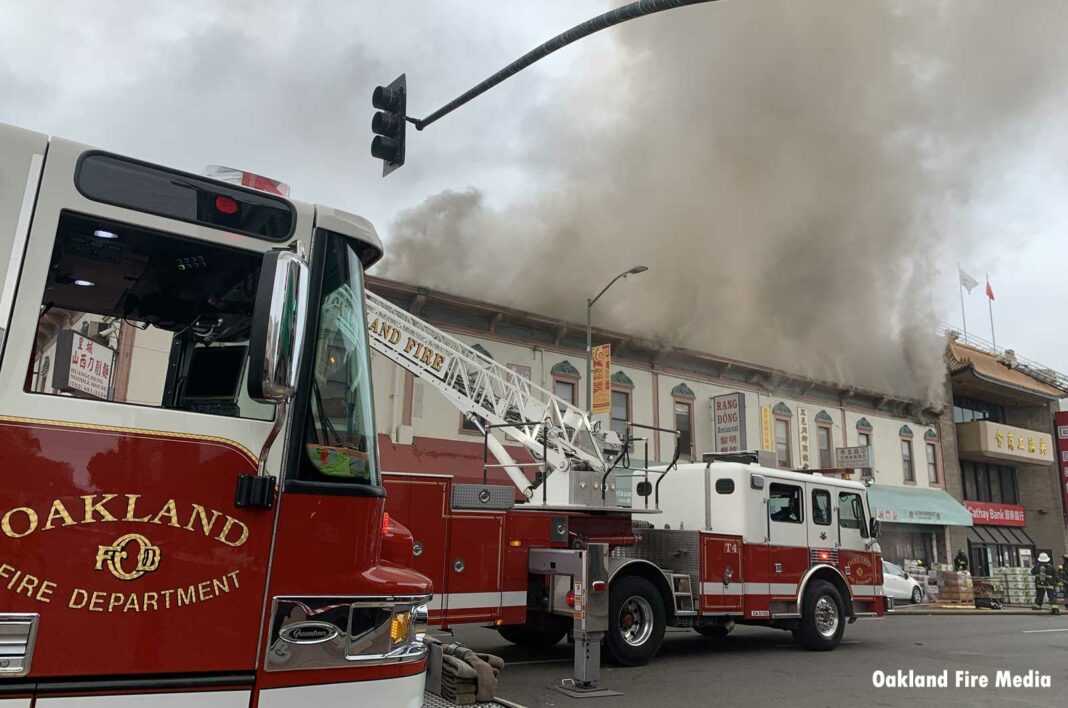 Oakland (CA) firefighters responded Wednesday to a fire that went to five alarms in an historic and densely populated part of Chinatown.

The department received aid from Alameda City, Alameda County, Berkeley, and Albany fire departments. More than 70 firefighters responded to the fire in the 700 Block of Webster, and there were no injuries.

Interim Fire Chief Melinda Drayton said the fire started in a dumpster, according to KTVU.

‘Worse Than Any Explosion I Witnessed in Vietnam’: The 1993 World Trade Center Bombing