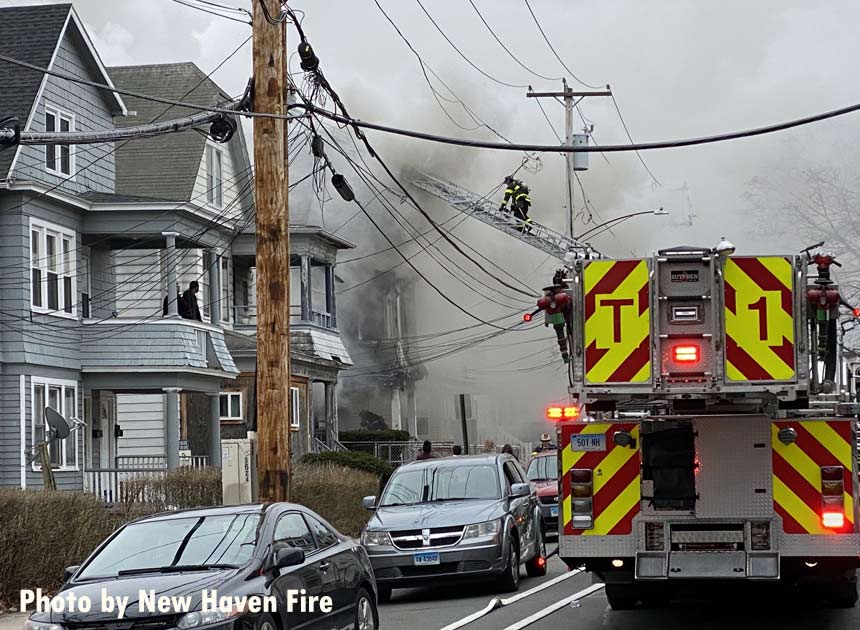 Firefighters rescued two people from a fire Thursday in New Haven, Connecticut, but one of the victims later died from her injuries.

The fire occurred at 45 Mead Street shortly before 3 p.m., according to wfsb.com.

One of the firefighters involved in the rescue suffered first- and second-degree burns, the Hour reported, and several other firefighters sustained minor injuries.

Podcast: In Their Own Words: Nick Ledin on Firefighter Search and Rescue