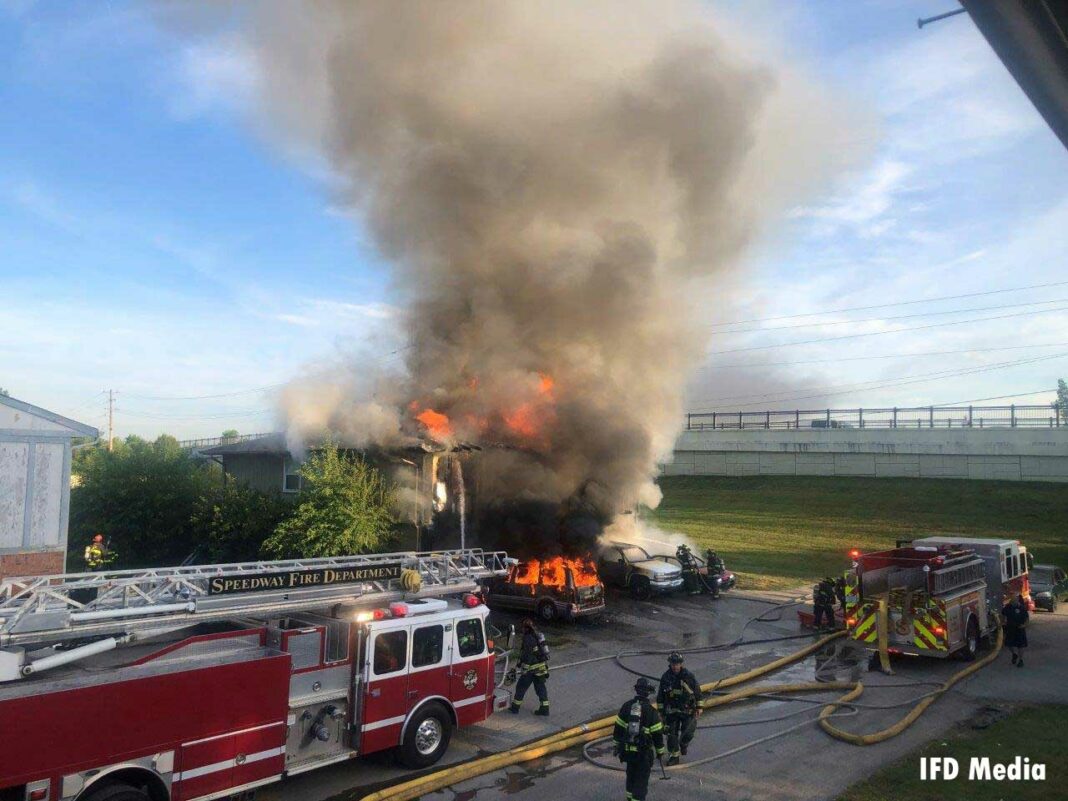 Photos and information from Rita Reith

Firefighters responded this morning to an apartment fire that left one person dead and one severely injured in Indianapolis, Indiana.

Speedway Ladder 88 found a juvenile male victim, 11, on the second floor and brought the victim out via ground ladder; he was transported in critical condition. Speedway Ladder 88 found an adult female victim, 42, on the second floor and brought her out via the stairs. She was transported and pronounced dead. The victims were a mother and son. Initial reports indicated that a second juvenile might still be in the apartment, and crews aggressively searched until juvenile was located by police, not on the scene. All other occupants inside the structure escaped without injury.

The fire was marked under control at 8:16 a.m. with the fire out at 9:14 a.m. One Speedway fire officer was transported to be checked for heat related injury.