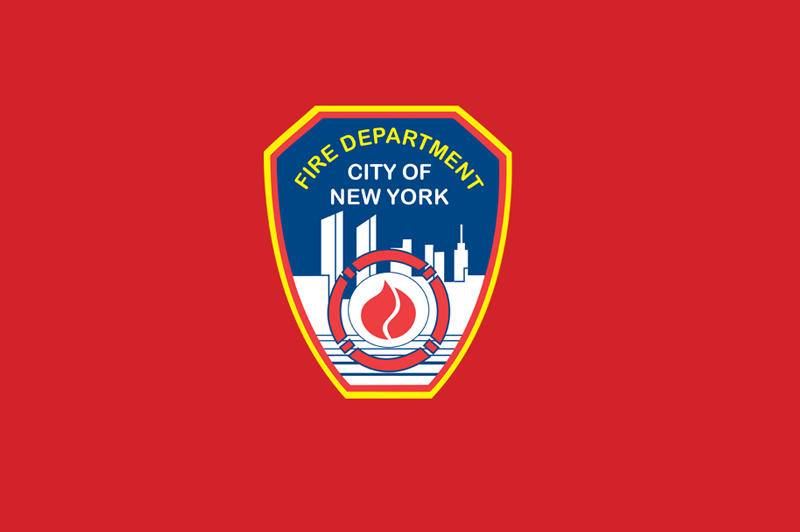 A statistic that is both stunning and sobering, approximately three-quarters of New York City’s Fire Department workers who responded to the Sept. 11 terror attacks two decades ago now have some sort of long-term illness linked to their service, according to a new report from the department’s World Trade Center Health Program.

Recently released to assess the status of FDNY members who answered the call — and tell them how they and their colleagues are doing — the report offers a unique 20-year snapshot of the most impacted and best-studied contingent of people whose lives were upended on that fateful day.

“We knew our members would want to know two things — first, how is that individual person sitting across the table from us doing?” FDNY Chief Medical Officer Dr. David Prezant told the New York Daily News. “Secondly, how are my buddies doing? How’s everybody else doing? So we knew right from the beginning that we had to do analyses to answer that question.”

The numbers from those analyses remain shocking.

Of more than 15,200 firefighters, paramedics and other FDNY workers, more than 11,300 had an illness certified under the guidelines of the federally backed program, ranging from chronic acid reflux and minor breathing problems on the low end to a broad spectrum of mental health problems to deadly lung ailments and lethal cancers.

9/11 Doc ‘Chief’ Preserves FDNY History on Screen and Beyond

As of the end of March this year, 3,097 FDNY health program members had at least one 9/11-linked cancer, and hundreds of those people had multiple cancers. That grim statistic helps account for another one that is not in the report — nearly 250 firefighters have died since 9/11 of related diseases.

The most common ailment is gastroesophageal reflux disease, which nearly a half of firefighters and a quarter of EMTs suffered. That’s followed by similar levels of upper and lower respiratory problems.

Some of those problems have improved over the years. The infamous “World Trade Center cough” caused by the caustic dust and smoke from the imploded towers plagued more than half the responders in the year after the attacks, but has fallen to under 10% now. Similarly, chronic sore throats dropped from nearly two-thirds of the department’s members to just under a quarter now.

Some conditions haven’t gotten better at all. The acid reflux that started plaguing responders in the first year has if anything gotten worse, afflicting just over four in 10 responders. Similarly, sinus problems remain locked at 45%.

But the report also reveals some bright spots, highlighting several members of the department who have thrived as best they could despite grievous illnesses. Among them, former Capt. Alfredo Fuentes, who was pulled barely alive from the rubble, and now struggles with sinusitis, chronic breathing problems, memory loss and post-concussion syndrome. Another is former Lt. Terrence Jordan, who found Fuentes. Now, Jordan must be tethered to an oxygen tank to survive.

Yet the highlighted members see themselves as fortunate — perhaps a surprising response to epic misfortune, but one that turns out to be common among ill 9/11 responders.

Based on mental health surveys going back to six years after the attacks, the FDNY survivors reported their health-related quality of life as being better than most Americans, and that evaluation has only risen over the years.

That brightening outlook comes even as their actual health has deteriorated, going from above average to well below the mean for the average American.

Prezant said the responders highlighted in the report are meant to reflect the fact that while many responders outside the Fire Department faced years of uncertainty while public officials dithered and fought over how to help those who sacrificed, FDNY workers had — and have — a safety net.

“We can’t take away the exposure, but we should not think that everyone is going to have a fatal outcome,” Prezant said. “These four people represent the majority of our members exposed that day. They’re still alive, they’re still struggling, but they’ve overcome or learned to deal with major illnesses… And they’re here today with an incredibly positive attitude about what the future holds.”

Another bright spot flagged in the report is that when responders do get cancer, they beat it much more often than people in the rest of the country, largely because of a program that catches it early and has targeted experience dealing with the diseases.

Overall, people in the health program who get any cancer have a 34% higher survival rate than demographically similar people in the rest of the state. And for some of the most common-9/11-linked cancers — prostate and colon — the death rates are 45% and 44% lower, respectively.

“That’s an amazing accomplishment for this program,” Prezant said. “It shows the power that monitoring, annual monitoring, has in terms of leading to early diagnosis, early treatment,” Prezant said. “It shows the advantage of having a no-cost treatment program, so that no one has to be concerned about access to care, about getting care, about financial stress related to care.”

Of course, there are still stresses, and one of them remains the frightening wild card of slower-moving illness that takes decades to manifest, such as asbestosis and mesothelioma. Some new illnesses that are already emerging include autoimmune diseases, cardiovascular diseases, hearing issues, and neurological conditions, according to the report.

The bright spots don’t gloss over the problems the report also singles out, including people who are not doing well. Members of the program who have a mental health problem as well as a physical illness report a poor quality of life. And while mental health has steadily improved since 9/11, more than a fifth of responders who were at ground zero on that morning still report depression. Around one in 10 have PTSD.

Prezant, who himself survived the collapses under a crushed overpass, argues a robust health program is exactly what his responders needed and deserve.

“One of the things that I find so amazing about that day is after the first tower collapsed, and it was even more critically important that everybody get out of that second tower as fast as possible, firefighters and other first responders ran into the second tower, knowing the first tower had already collapsed,” Prezant said. “It’s just mind-boggling courage. And what we promised that day was that we would take their health issues seriously.”

“This report shows that we were right,” he said, “that despite incredible exposures, we can make an impact.”