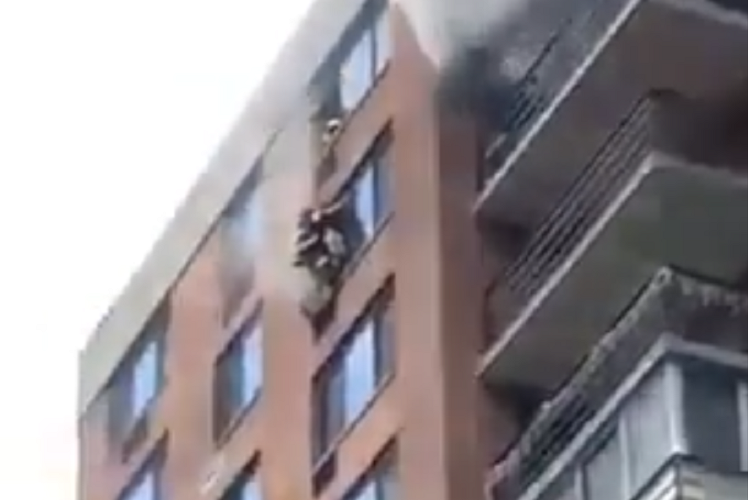 Dramatic rescue from the 16th floor

HARLEM – WABC reports that the FDNY performed a successful roof rope rescue this afternoon during an apartment fire in Harlem.

Firefighters responded to 470 Lenox Avenue at approximately 1:30 p.m for an apartment fire with an occupant out on the ledge of an upper floor.

A woman was driven out of her apartment and onto the window ledge, at the 16th floor.

WABC reporter Lucy Yang spoke with the firefighter who was lowered on the rope, Firefighter Brian Quinn.

Firefighter Quinn said he stayed behind her, so if she did let go, holding her onto the glass, until other firefighters made their way into the woman’s apartment.

“I didn’t want to see anyone fall, I just wanted to get her inside,” Quinn said.

The fire was quickly under control in about 30 minutes.

The woman was treated for smoke inhalation.

“This was really a heroic rescue and shows the talent and bravery of the members of the FDNY, something that is rarely done,” FDNY Commissioner Daniel Nigro told WABC.